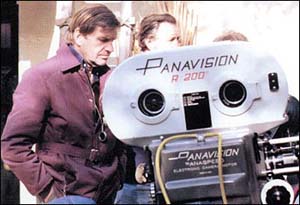 Cinematographer David Watkin, best known for his work on Hugh Hudson’s Chariots of Fire and Sydney Pollack’s Out of Africa, the 1985 Best Picture Academy Award winner starring Meryl Streep and Robert Redford, died at age 82 on Feb. 19 at his home in Brighton, England.

Watkin’s career as a feature-film cinematographer spanned nearly four decades and more than 60 films, from two offbeat 1965 Richard Lester productions – Cannes Palme d’Or winner The Knack …and How to Get It and the Beatles’ musical Help! – to the Kirsten Dunst vehicle All Forgotten in 2000.

According to the London Telegraph, while working on Out of Africa – for which he won both an Academy Award and a BAFTA Award – Watkin “turned conventional wisdom on its head and used fast film for night and interior shots (for which slow film would normally be used) and slow film for exteriors. This typically maverick move gave Sydney Pollack’s film a lush, soft quality that matched its romantic mood.”

Watkin, in fact, is credited with inventing the Wendy Light – named after him by film electricians – used for night shots. (Watkin was gay; what he thought of the nickname, I don’t know.)

In his Oscar acceptance speech, he credited the Out of Africa second-unit camera people – the ones who shot the lush landscapes – for his winning the statuette. (I don’t know if Watkin was being modest or if he was subtly telling Academy members that they tend to vote for the pretty and the obvious. Watkin, by the way, was not nominated for his work on Chariots of Fire; in fact, the Academy only recognized his efforts that one time for Out of Africa.)

In Britain, in addition to his Out of Africa win, Watkin was nominated for 7 other BAFTA Film awards. He also received a BAFTA TV Award nomination (shared with Armando Nannuzzi) for his work on Jesus of Nazareth.

According to Variety‘s Todd McCarthy, Watkin would fall asleep after lighting a set, and claimed that he always wanted to be a classical musician. “Asked when he had first developed a passion for photography,” reported The Telegraph, “he replied that he had not as yet done so, his overriding passions being classical music and books.”

David Watkin wrote two autobiographical tomes: Why Is There Only One Word for Thesaurus? (1998) and Was Clara Schumann a Fag Hag? (The Second Volume of an Autobiography mainly, but not entirely, about the Film Business) (2008).

As quoted on the David Watkin site, in the latter book one passage reads: “Above all, I am surrounded by love, and its little brother laughter, and I am happy. I don’t even have a problem with death. Pain is at an end, and we, who love, and are loved are always part of each other’s lives.”