Andre Soares 10 years ago
Denise Darcel ca. 1950. Voluptuous, Paris-born Denise Darcel was a local cabaret singer before being “discovered” and sent to Metro-Goldwyn-Mayer. Darcel’s film career, however, never quite took off; she was seen, mostly in supporting roles, in only about a dozen features from 1948 to 1961. Robert Aldrich’s 1954 Western Vera Cruz remains her best-known effort, but she was also seen to advantage as a fearless showgirl in another Great Outdoors release, William A. Wellman’s Westward the Women (1951), costarring Robert Taylor. Denise Darcel is one of those who died in 2011, but who have been left out of Turner Classic Movies’ “TCM Remembers” tribute.
Contents hide
1. From Hollywood’s French import Denise Darcel & actress-socialite Cobina Wright Jr. to unusual two-time Bond Girl & movie hunks of years past
1.1. Denise Darcel
1.2. Charles Jarrott
1.3. Silvio Narizzano
1.4. Cobina Wright Jr.
1.5. Pedro Armendáriz Jr.
1.6. Angela Scoular
1.7. Margaret Whiting
1.8. More of those forgotten by ‘TCM Remembers’: From hunky Nico Minardos to Merlin & Sherlock Holmes portrayer Nicol Williamson

Paris-born actress, singer, and stripper Denise Darcel began her show business career as a cabaret performer in her hometown. After going Hollywood, she would be seen in a handful of MGM movies, among them Battleground (1949), Young Man with Ideas (1952), and Dangerous When Wet (1953).

After her acting career died down in the early 1960s, Denise Darcel became a stripper, performing in several West Coast theaters. She later went back to cabaret revues, and in 1991 was featured in a key role in a Los Angeles revival of Stephen Sondheim and James Goldman’s Follies.

Denise Darcel died on Dec. 23, which means she may pop up in next year’s “TCM Remembers.” But how to explain the omission of British-born filmmaker Charles Jarrott, who died at age 83 in March 2011?

Since Turner Classic Movies and its tributes focus on American film celebrities, Jarrott should have been a shoo-in inclusion, as he directed a quartet of well-known Hollywood (or at least part-Hollywood) titles – two famous; two infamous – including a Best Picture Academy Award nominee.

Jarrott’s last big-screen hit was the widely derided domestic blockbuster The Other Side of Midnight (1977), based on a Sidney Sheldon bestseller, and toplining fellow 2011 departed Marie-France Pisier, John Beck, Susan Sarandon, and Raf Vallone.

After several more flops (The Last Flight of Noah’s Ark, Condorman, The Amateur), Charles Jarrott switched to television – where he had begun his directorial career two decades earlier.

Filmmaker Silvio Narizzano enjoyed his heyday in the second half of the 1960s, when his Swinging London-set comedy-drama Georgy Girl (1966), earned Oscar nominations for Lynn Redgrave and James Mason.

Among Narizzano’s other features of the period were the thriller Fanatic / Die! Die! My Darling! (1965), starring veteran Tallulah Bankhead in her swan song; the U.S.-Mexico border-set Western Blue (1968), in which blue-eyed, Mexican-raised but American-born Terence Stamp must pick sides; and the black comedy Loot (1970), based on Joe Orton’s play, and starring Richard Attenborough, Lee Remick, and Hywel Bennett. 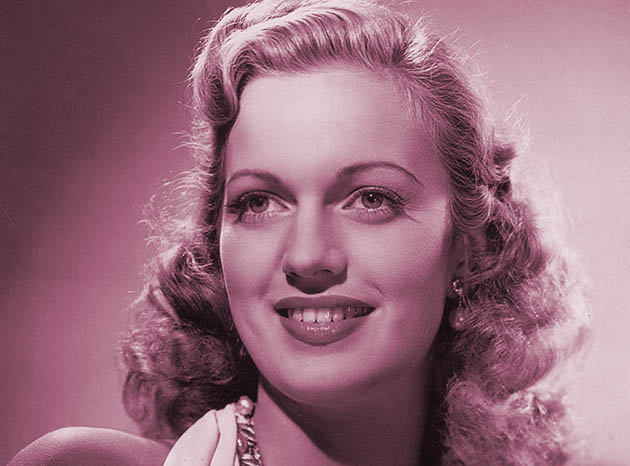 Cobina Wright Jr. The daughter of opera singer Cobina Wright and a former flame of the United Kingdom’s future Prince Philip, New York City-born Cobina Wright Jr. was seen – usually as a snooty, “other woman” type – in 20th Century Fox movies of the early 1940s. Her Hollywood career came to an end in 1943, two years after her marriage to Palmer Beaudette, from a wealthy Michigan family. The marriage lasted until his death in 1968 – when Wright Jr., by then suffering from a serious alcohol problem, discovered that she had been left penniless. She managed to recover, later going on to serve on the National Council on Alcoholism.

Actress and socialite Cobina Wright Jr. was featured in supporting roles – usually as the sophisticated “other woman” – in several 20th Century Fox productions of the early 1940s, including Week-End in Havana (1941), starring Alice Faye; the programmer Accent on Love (1941), with Osa Massen; and Moon Over Miami (1941) and Footlight Serenade (1942), starring Betty Grable.

Wright Jr. was the daughter of opera singer and socialite Cobina Wright (1887–1970), seen in a brief supporting role in Edmund Goulding’s The Razor’s Edge (1946).

Pedro Armendáriz Jr. was featured in more than 160 movies, at first mostly in Westerns such as Andrew V. McLaglen’s Chisum (1970), with John Wayne, and Bernard L. Kowalski’s Macho Callahan (1970), with David Janssen.

One unusual aspect of actress Angela Scoular’s film career was her being seen twice as a Bond Girl: in Famous Artists’ episodic, multi-director Casino Royale (1967) and in Eon Productions’ Peter R. Hunt-directed On Her Majesty’s Secret Service (1969), starring George Lazenby in his one and only James Bond flick.

On television, she was Juliet in a 1965 adaptation of Romeo and Juliet, Cathy Earnshaw in a 1967 series based on Emily Brontë’s Wuthering Heights, and had recurring guest roles in, among others, Coronation Street and You Rang, M’Lord?.

In recent years, Angela Scoular had been battling ill health and depression, in addition to a serious alcohol problem. She was married to actor Leslie Phillips (Crooks Anonymous, Venus) and was the niece of actress Margaret Johnston (Portrait of Clare, Knave of Hearts). 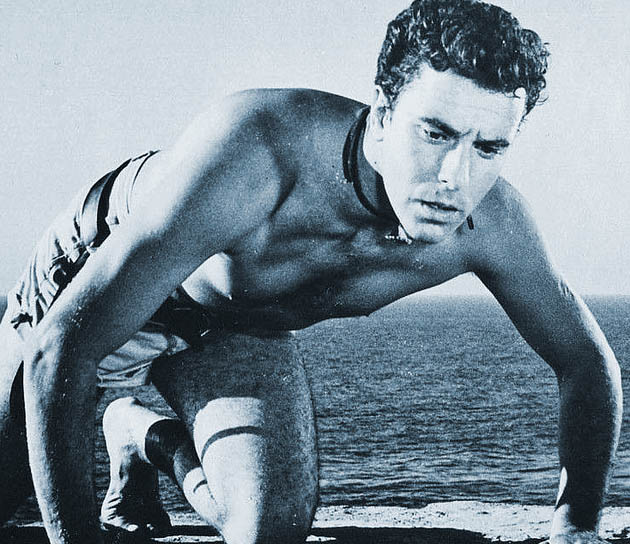 Nico Minardos in Ghost Diver. Hunky, Athens-born actor Nico Minardos was seen as Jill St. John’s Brazilian fiancé in Holiday for Lovers, Jayne Mansfield’s Greek paramour in It Happened in Athens, and as a Philippines-based Spanish inspector in Samar. But Minardos’ most talked-about role was as one of those accused of conspiring to illegally ship arms to Iran during the Iran-Contra hearings of the mid-to-late 1980s. The charges were later dropped.

Among the other film personalities who died this past year but are nowhere to be found in the “TCM Remembers” homage are the following:

Vivien Leigh Turns 100: Centenary of One of the Greatest Movie Stars