Born into a working-class family in Santa Maria Madalena, a small town in the state of Rio de Janeiro (officially on June 23, 1907, though possibly a couple of years earlier), Dercy Gonçalves was known for her outrageous sense of humor, expletive-laden mouth, and an indefatigable determination to keep on going.

“She didn’t believe in old age and criticized those who let themselves go,” said television and stage actor Ary Fontoura. “She believed that everyone should have a dignified end. She would utter the most tender expletives you could ever hear. She was a deeply serious and honest person.”

A musical revue star – on stage since 1929 – Dercy Gonçalves dabbled in movies in the mid-’40s, when she was featured in several musical comedies, most notably Luiz de Barros’ Caídos do Céu (“Fallen from Heaven,” 1946). In the Here Comes Mr. Jordan and Heaven Can Wait (1943)-inspired film, Dercy plays an angel named Rita Naftalina, whose job is to investigate the life of a recently deceased man (Augusto Aníbal) stuck in heaven’s bureaucracy.

Dercy’s heyday as a Brazilian movie star, however, was in the late ’50s and early ’60s, when she was featured in a series of unpretentious musical comedies such as Watson Macedo’s A Baronesa Transviada (“The Immoral Baroness,” 1957), with Dercy as a manicurist who discovers she’s the daughter of a wealthy baroness; Anselmo Duarte’s Absolutamente Certo (“Absolutely Right,” 1957), a sort of comic precursor to Robert Redford’s Quiz Show; A Grande Vedete (“The Big Star,” 1958), reminiscent of Hollywood’s (low-budget) backstage musical comedies of the ’30s; and A Viúva Valentina (“The Widow Valentina,” 1960), in which minor shareholder Dercy becomes enmeshed in intra-corporate warfare.

Following the announcement of Dercy Gonçalves’ death, the governor of Rio de Janeiro has decreed three days of official mourning. 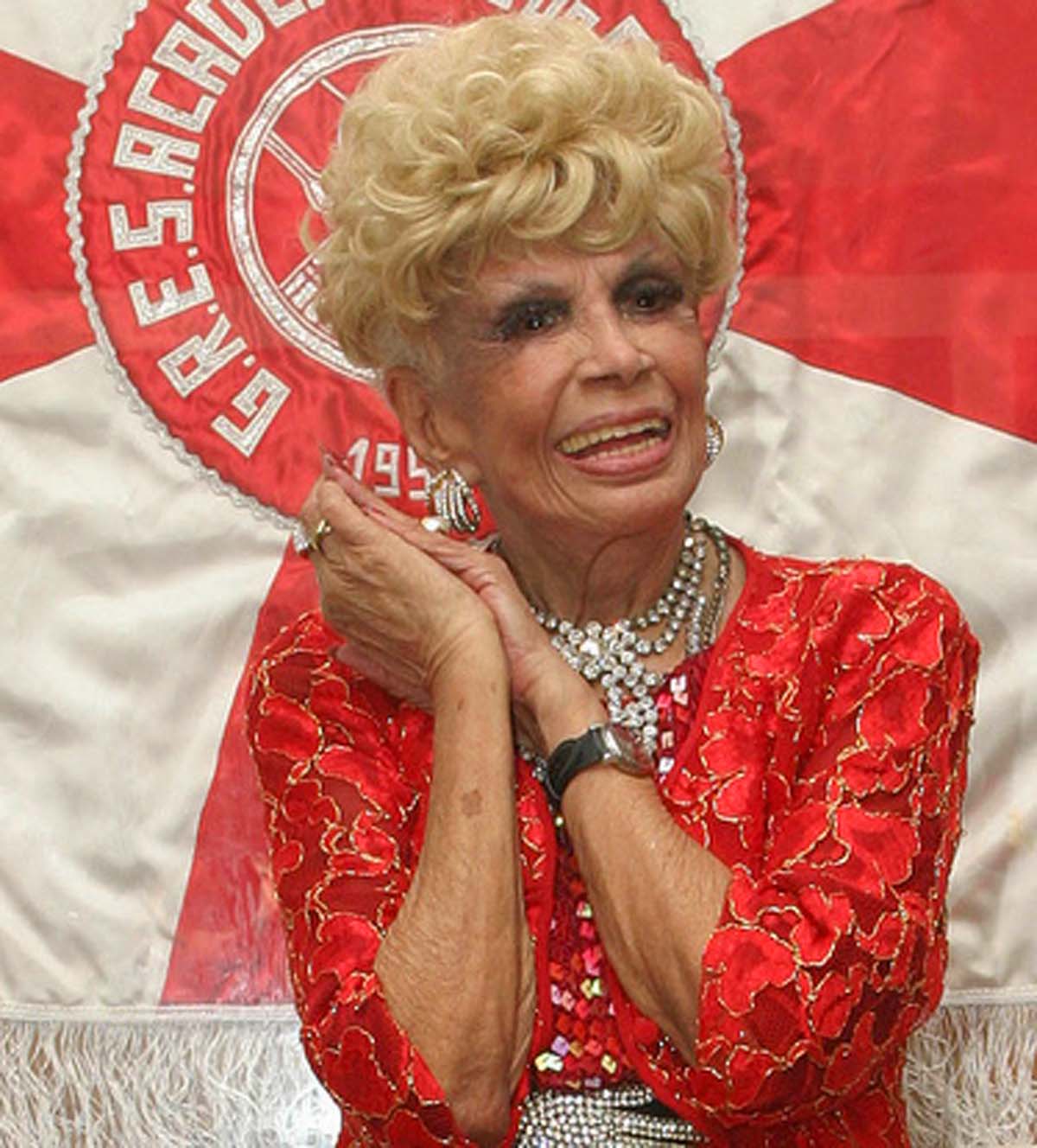 I would like to know if she was originally from madeira island I,am trying to see my back round p.s.GOD BLESS I dont know how to write portuguese ican read