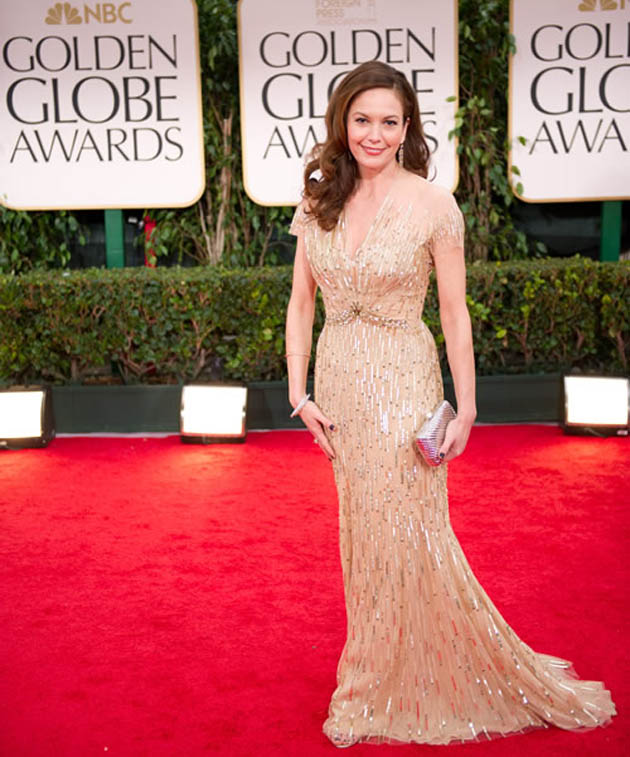 In the photo above, Diane Lane arrives at the 69th Annual Golden Globes Awards, which took place on Sunday, Jan. 15, at the Beverly Hilton Hotel in Beverly Hills.

This year, Lane was nominated for Best Actress in a Television Movie or Miniseries for her performance in Shari Springer Berman and Robert Pulcini’s Cinema Verite. She lost to Kate Winslet for Todd Haynes’ Mildred Pierce, a remake of the 1945 melodrama/film noir starring Best Actress Oscar winner Joan Crawford and Ann Blyth (Evan Rachel Wood in the remake).

Winslet won a Best Actress Academy Award for Stephen Daldry’s The Reader in early 2009. Three of the other Golden Globe nominees mentioned above have been nominated for Oscars as well:

Diane Lane has been featured in about 40 films since her debut in George Roy Hill’s A Little Romance in 1979. Notable titles include George Roy Hill’s A Little Romance (1979), with Laurence Olivier; Francis Ford Coppola’s The Cotton Club (1984), with Richard Gere; Richard Attenborough’s Chaplin (1992), in which she plays Paulette Goddard opposite Robert Downey Jr.’s Charles Chaplin); and Adrian Lyne’s Unfaithful (2002), with Richard Gere and Olivier Martinez.

As mentioned further up, Unfaithful, a remake of Claude Chabrol’s 1969 psychological crime drama The Unfaithful Wife / La femme infidèle, earned Diane Lane (in the old Stéphane Audran role) a Best Actress Oscar nomination – her only one to date. The winner that year was Nicole Kidman for her performance as troubled author Virginia Woolf in Stephen Daldry’s The Hours. 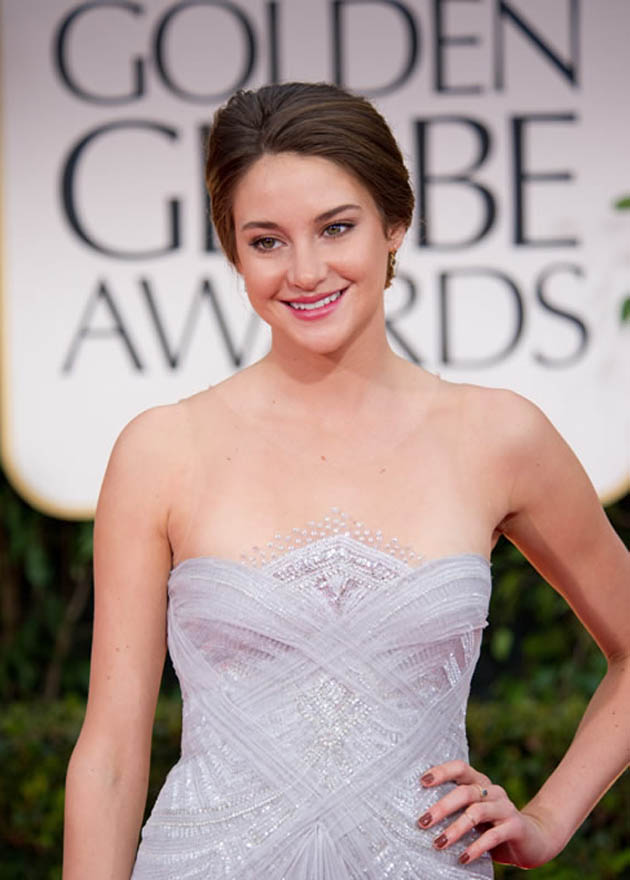 Woodley and Spencer’s competition for Best Supporting Actress consisted of the following:

This is a hard category to predict at the Oscars. Chastain has been a favorite among film critics – at least in part because she has been featured in something like 200 movies in the last 12 months – but Spencer and The Help have become sentimental favorites. Tough to beat those.

Shailene Woodley has been acting – mostly on television – since the late 1990s. Besides The Descendants, she has a mere two film credits: Drew Barrymore’s short Our Deal (2011), featuring Chloë Grace Moretz and Miranda Cosgrove; and Don Most’s Moola (2007), with William Mapother and Treat Williams.

Also worth noting, at one point the Simi Valley, California, native (born on Nov. 15, 1991) was considered for the role of Katniss Everdeen in The Hunger Games franchise. Jennifer Lawrence ultimately landed the assignment.

Shailene Woodley’s television credits include recurring roles in the series The O.C. and Crossing Jordan, plus the lead in The Secret Life of the American Teenager, in which she plays Amy Juergens opposite Daren Kagasoff and Ken Baumann. 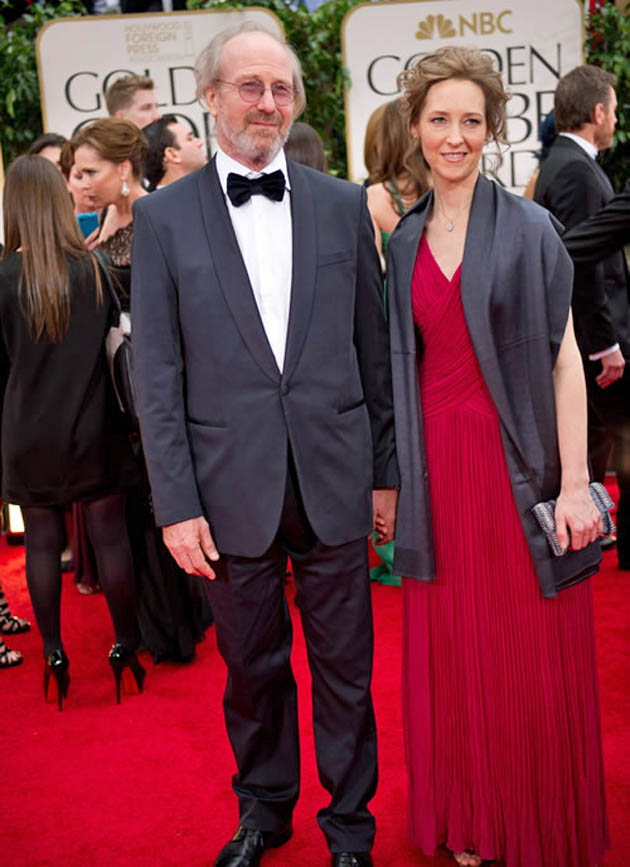 William Hurt, nominated as Best Actor in a Television Miniseries or Movie for his performance in Curtis Hanson’s HBO drama Too Big to Fail, arrives with a guest at the 69th Annual Golden Globes Awards held at the Beverly Hilton hotel in Beverly Hills, on Sunday, Jan. 15, ’12.

William Hurt has been featured in about 60 movies, notably Ken Russell’s psychedelic Altered States (1980), with Blair Brown; Lawrence Kasdan’s Body Heat (1981) and The Accidental Tourist (1988), both costarring Kathleen Turner; and Hector Babenco’s Kiss of the Spider Woman (1985), which earned him a Best Actor Oscar.

Also: Randa Haines’ Children of a Lesser God (1986), with Marlee Matlin and Piper Laurie; and James L. Brooks’ Broadcast News (1987), with Holly Hunter and Albert Brooks; and David Cronenberg’s A History of Violence (2005), with Viggo Mortensen and Maria Bello.

William Hurt’s first wife was actress Mary Beth Hurt (The World According to Garp, Affliction). In the mid-’80s, he lived for a couple of years with Children of a Lesser God Best Actress Oscar winner Marlee Matlin, who in her 2009 autobiography I’ll Scream Later accused him of drug and physical abuse.

Among others, Hurt also had a relationship with actress Sandrine Bonnaire (Vagabond, East/West), with whom he has a child. 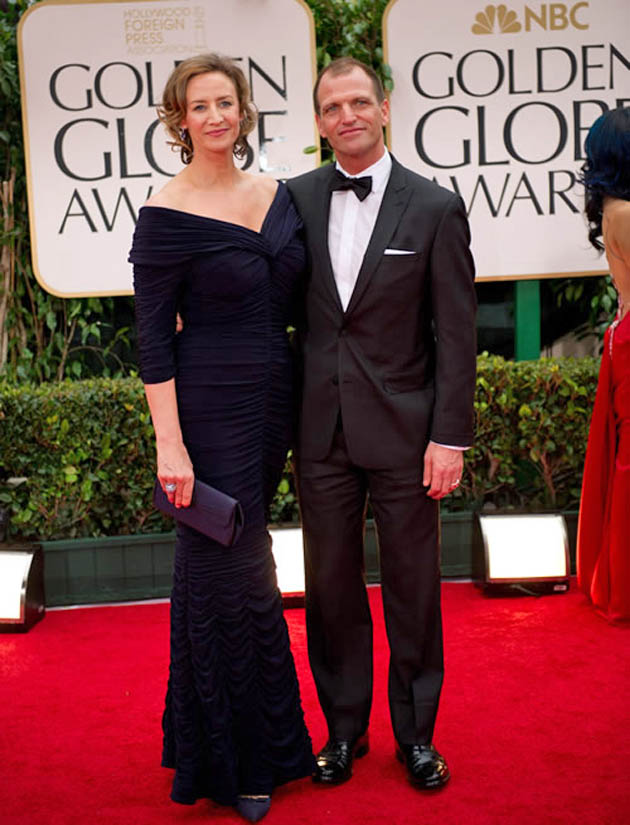 Janet McTeer and husband Joe Coleman are seen above on the 2012 Golden Globes’ Red Carpet outside the Beverly Hilton hotel in Beverly Hills. McTeer was a nominee in the Best Supporting Actress in a Motion Picture category for her work as a woman trying to pass for a man in 19th century Ireland in Rodrigo García’s Albert Nobbs, based on George Moore’s novella.

Her competition for the Best Supporting Actress Golden Globe consisted of:

Janet McTeer and Albert Nobbs’ leading lady, Glenn Close, have been both shortlisted for the SAG Awards. Both are likely contenders for the Oscars as well.

Mostly a stage actress, Janet McTeer (born on Aug. 5, 1961, in Newcastle, England) has been featured in less than 20 big-screen efforts since her debut in Bob Swaim’s Half Moon Street (1986), starring Sigourney Weaver and Michael Caine.

Below is a trio of notable movies featuring Janet McTeer.

On television, Janet McTeer played the title role in the series The Governor (1995-1996) and received an Emmy nomination for Thaddeus O’Sullivan’s Into the Storm (2009), a TV movie starring Brendan Gleeson as Winston Churchill and McTeer as his wife Clementine.

On stage, in 1997 she won an Olivier Award and a Tony Award for her performance as Nora in Henrik Ibsen’s A Doll’s House. Other theater roles include:

Janet McTeer’s husband Joe Coleman is a model – whose gigs include working for Donna Karan, Bruce Weber, Steven Klein, and Herb Ritts – and an artist/poet, whose collage work has been published in Vogue.

He is not to be confused with another Joe Coleman who also happens to be an American artist – but not a model or Janet McTeer’s husband.