Dino Risi Movies: Scent of a Woman + The Easy Life 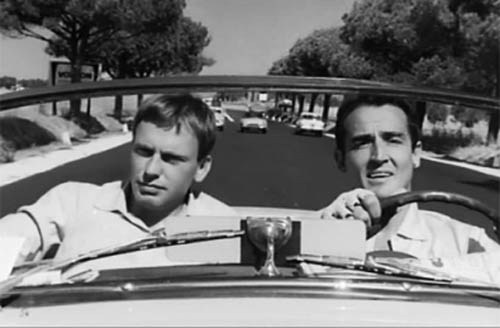 Dino Risi, best known for his 1974 comedy-drama Profumo di donna / Scent of a Woman, has died in Rome. Risi, who was 91, had been suffering from ill health for some time.

Born in Milan on Dec. 23, 1916 (or 1917), Risi – an orphan from the age of 12 – studied medicine, specializing in psychiatry. He switched careers once he started working as an assistant director to the likes of Mario Soldati and Alberto Lattuada in the early 1940s. He began directing documentary shorts later in the decade, moving on to features in the early 1950s.

Risi would tackle a similar theme in Scent of a Woman, in which Gassman – with whom Risi worked in more than a dozen films – plays an irascible, blind military officer who teaches a young cadet (Alessandro Momo) about life and women during a journey through Italy.

Though hardly a good comedy (or drama), Scent of a Woman is considerably less syrupy than the all-but-unwatchable 1992 American remake directed by Martin Brest.

Among Risi’s more recent films were a TV remake of La Ciociara / Two Women (1988), which, like the original, starred Sophia Loren; Tolgo il disturbo / I’ll Be Going Now (1990), with Gassman and Dominique Sanda; and the made-for-TV comedy Le Ragazze di Miss Italia (2002), which turned out to be Risi’s last effort.

Dino Risi received a Golden Lion lifetime achievement award at the 2002 Venice Film Festival, won a special David di Donatello in 2005, and had his autobiography, I Miei mostri (“My Monsters”), published the previous year.

“I expect some surprises,” Risi, thinking of death, once told an interviewer. “Life, after all, is not all it’s made out to be.”