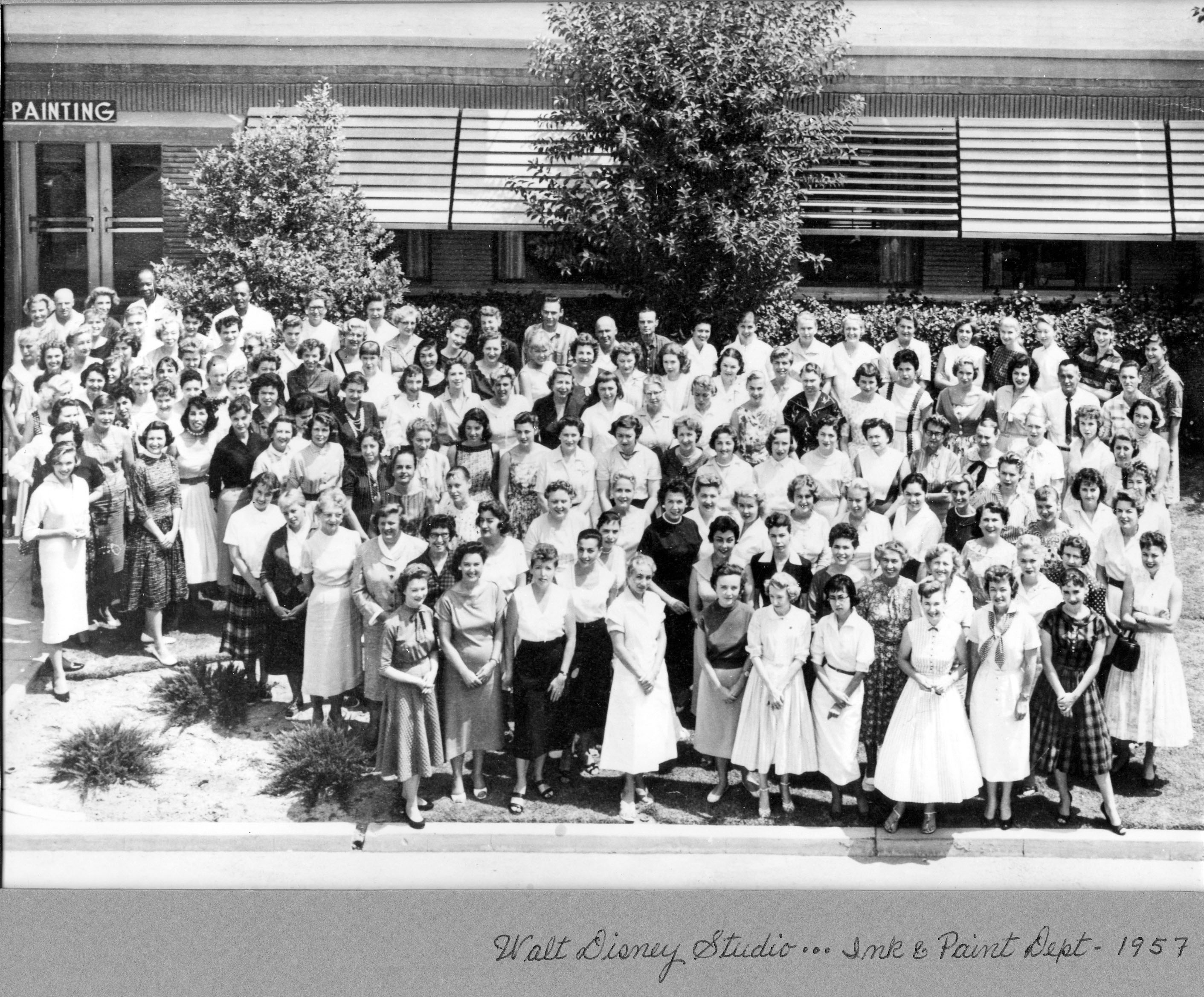 The Academy of Motion Picture Arts and Sciences’ new exhibition “Ink & Paint: The Art of Hand-Drawn Animation” will showcase more than 125 hand-drawn artwork pieces from such classics as Alice in Wonderland, 101 Dalmatians, and The Lion King. The exhibition will open on Friday, May 16, in the Academy’s Grand Lobby Gallery in Beverly Hills. Admission is free.

As per the Academy’s press release, “the magic of an animated film depends on the ability to bring to life not only animated characters, but the worlds they inhabit. Encompassing all stages of the filmmaking process – from storyboards and color keys to layouts and cels – the exhibition will showcase artwork from the 1950s through the 1990s, presenting such animated favorites as Lady and the Tramp, Sleeping Beauty, Gay Purr-ee, The Secret of NIMH, Who Framed Roger Rabbit, The Hunchback of Notre Dame, The Iron Giant and numerous Oscar-winning shorts starring such timeless characters as Mr. Magoo, Winnie the Pooh and the Pink Panther. 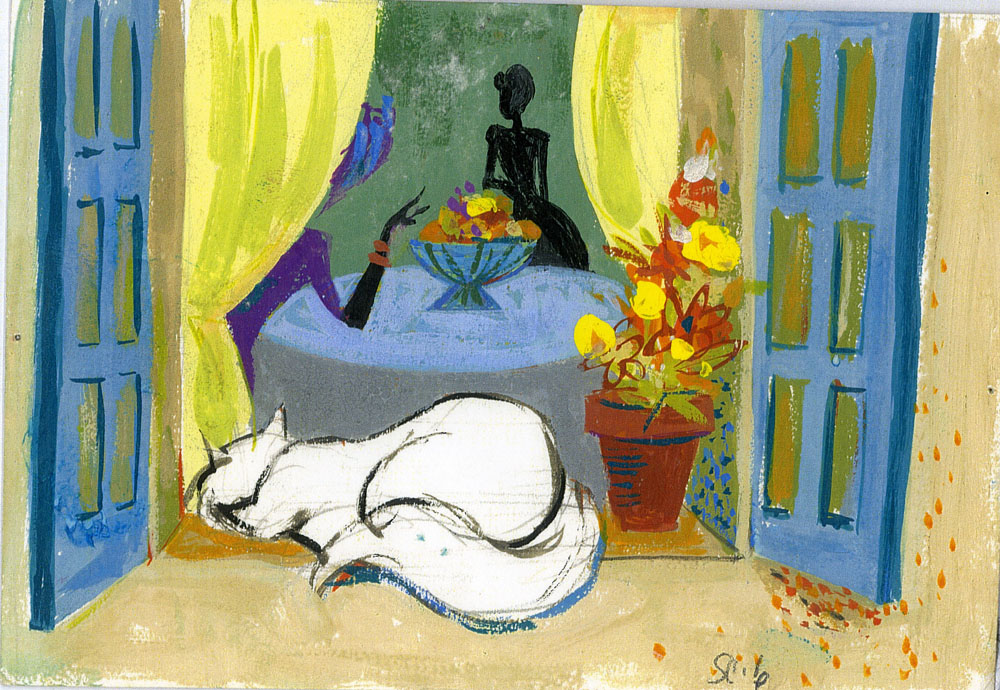 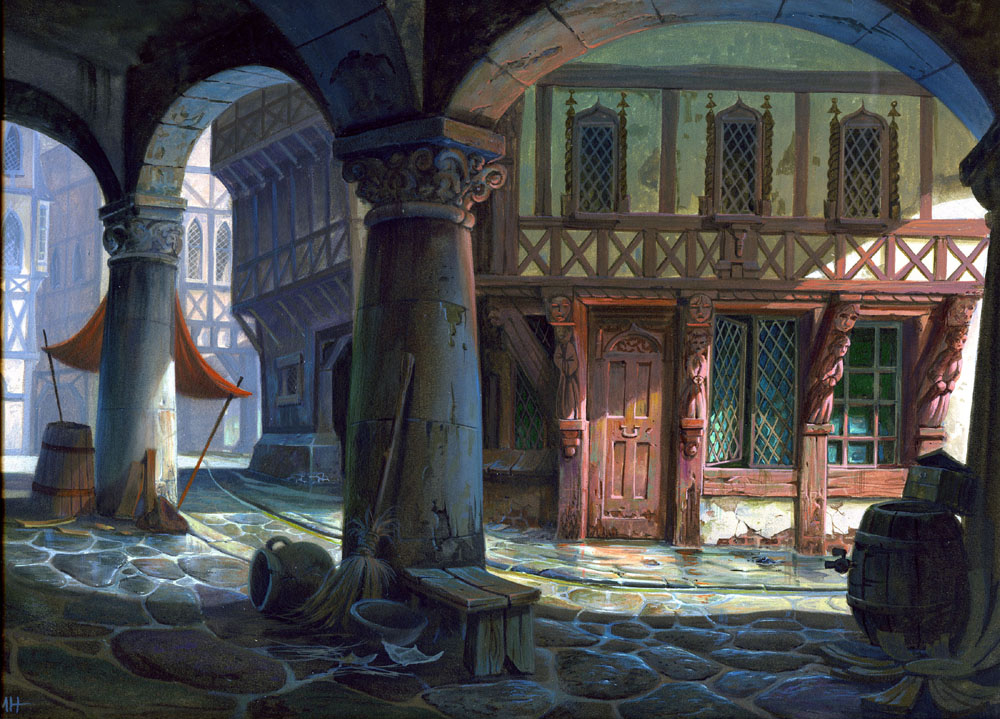 “Ink & Paint: The Art of Hand-Drawn Animation” will be on display through Sunday, August 24. The Academy’s galleries, located at 8949 Wilshire Boulevard in Beverly Hills, are open Tuesdays through Fridays, 10 a.m. to 5 p.m., and weekends, noon to 6 p.m. The Academy will be closed during the Memorial Day holiday weekend – Saturday, May 24, through Monday, May 26, as well as for the Independence Day holiday weekend – Friday, July 4, through Sunday, July 6.

One dozen cartoons, including Porky’s Duck Hunt (1937), Heckling Hare (1941), and What’s Opera, Doc? (1957), will be screened at the Academy of Motion Picture Arts and Sciences’ “Monday Nights with Oscar” presentation of “Putting Looney in the Toons,” on Monday, May 5, at 7:30 p.m. at the Academy Theater in New York City.

Animator John Canemaker, who won an Oscar for the 2005 animated short The Moon and the Son: An Imagined Conversation, will host the double centennial tribute to Warner Bros. animators Tex Avery and Michael Maltese.

In addition to the shorts, “Putting Looney in the Toons” will feature selected highlights from Avery’s and Maltese’s individual careers in animated theatrical films. (More on Tex Avery and Michael Maltese.)

Tickets for “Putting Looney in the Toons” in NYC are $5 for the general public and $3 for Academy members and students with a valid ID. Tickets may be reserved by calling 1-888-778-7575. Depending on availability, tickets may be purchased in person on the night of the screening. Doors open at 7 p.m. All seating is unreserved. The Academy Theater is located at 111 East 59th Street in New York City.

The Science and Technology Council of the Academy of Motion Picture Arts and Sciences will present “The Art, Science and Psychology of Production Design” at 8 p.m. on Friday, May 16, at the Samuel Goldwyn Theater in Beverly Hills.

Also featured will be a real-time pre-visualization demonstration – i.e., the use of computer graphics to create rough versions of a planned movie sequence – by pre-visualization director Daniel Gregoire (Indiana Jones and the Kingdom of the Crystal Skull, The Spiderwick Chronicles) and a review of new technologies by art director Daniel Jennings (G-Force, Matchstick Men).

According to the Academy’s press release, “the program will examine how new technologies and shifting collaborations are changing the way motion picture production designers approach their work. With the advent of file sharing, computer-generated imagery and a variety of hardware and software tools, designers now have the ability to preview sets and coordinate with other creative departments more quickly and accurately than ever before.”

To illustrate how the basic role of the production designer “has remained unchanged despite the evolution of tools and processes,” the evening will also include a brief history of production design under the studio system, featuring an onstage conversation with Robert Boyle. Boyle earned Academy Award nominations for North by Northwest (1959), Gaily, Gaily (1969), Fiddler on the Roof (1971), and The Shootist (1976). This year, he was the recipient of the Academy’s Honorary Award. 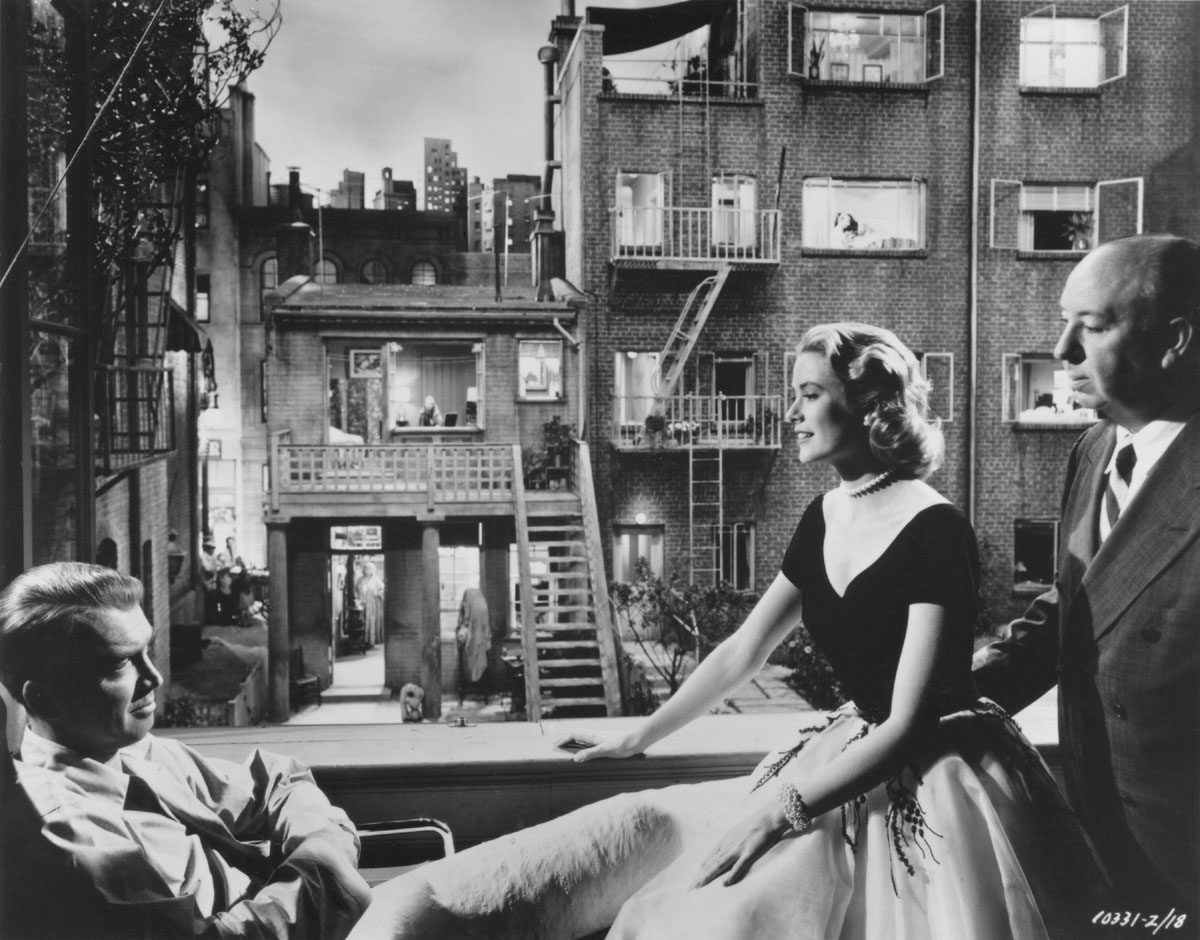 Tickets to “The Art, Science and Psychology of Production Design” are $5 for the general public and $3 for Academy members and students with a valid ID. The Samuel Goldwyn Theater is located at 8949 Wilshire Boulevard in Beverly Hills. For more information call (310) 247-3600 or visit www.oscars.org/events. 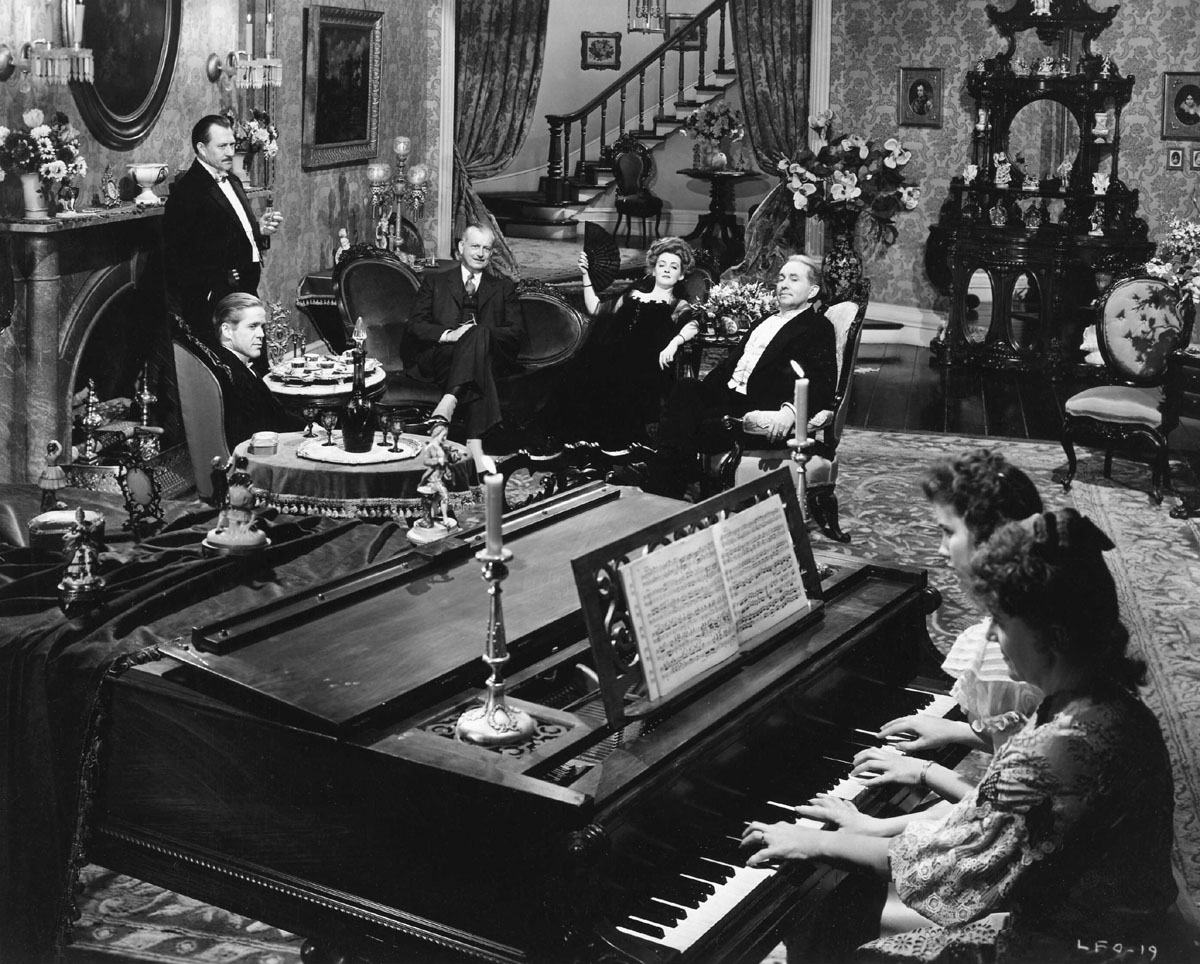 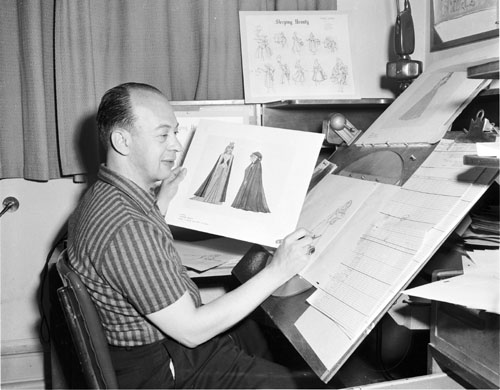 12th Marc Davis Celebration of Animation: “Drawing on the Future: Mentorship in Animation”

The 12th Marc Davis Celebration of Animation, “Drawing on the Future: Mentorship in Animation,” will be presented by the Academy of Motion Picture Arts and Sciences on Friday, May 9, at 7:30 p.m. at the Samuel Goldwyn Theater in Beverly Hills.

Animation critic Charles Solomon will moderate an onstage panel discussion featuring James Baxter, Andreas Deja, Pete Docter, and Eric Goldberg. The panel participants will talk about the mentors who inspired them and will provide insights into their personal approaches to their art. The evening will also include clips from works created by both the mentors and the panelists.

Baxter oversaw performances as the supervising animator for Belle in Beauty and the Beast (1991), Quasimodo in The Hunchback of Notre Dame (1996), and Spirit in Spirit: Stallion of the Cimarron (2002), as well as the animation sequences in Enchanted (2007).

Goldberg served as the character designer and supervising animator for Genie in Aladdin (1992), and co-directed Pocahontas (1995) with Mike Gabriel, and directed the Rhapsody in Blue and Carnival of the Animals segments in Fantasia 2000 (2000). 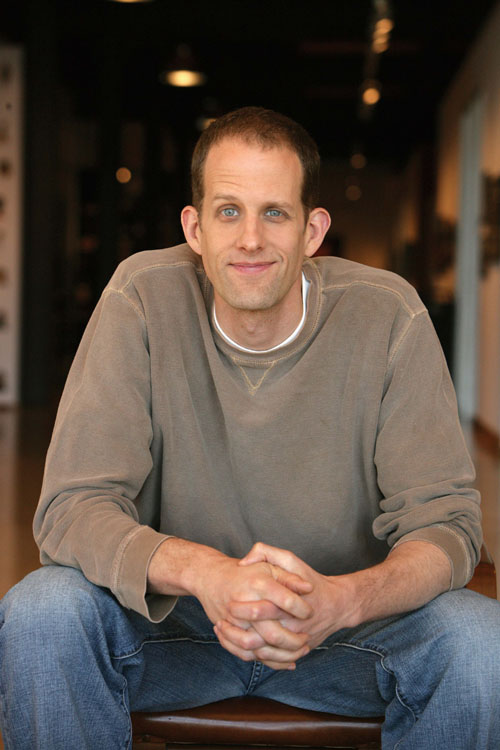 Tickets for the Academy’s 12th Marc Davis Celebration of Animation are $5 for the general public and $3 for Academy members and students with a valid ID. The Academy is located at 8949 Wilshire Boulevard in Beverly Hills. For more information, call (310) 247-3600.

I agree with Richard Adkins, this is early Jean, 1929 sounds about right. That was the year she turned 18, what you’re seeing is the face of a teenager, still very rounded and a bit chubby-cheeked. Body-wise, she’s petit in spite of the layered clothing, and not showing signs of ill health, and those are her natural brows. (they were much thinner in ‘Saratoga’). Compare to this portrait by Edwin Bower Hesser, 1928-29: theredlist.com/media/database/muses/icon/cinematic_women/1930/jean-harlow/003-jean-harlow-theredlist.jpeg

It’s too bad that the gentleman in the background cannot be identified. That might have helped.
Her face looks fuller, which makes me wonder if maybe it was a photo taken toward the end, rather than early in her career.
Advanced kidney failure would have bloated her appearance.
I think it’s wonderful that you are making an effort to shed light on this photo, and anything that keeps her memory alive is a wonderful effort.
Good luck!

Richard Atkins-
This was VERY informative. I’m going as Jean Harlow for halloween with a shorter hemline dress and I didnt know about ankle bracelets, perhaps i’ll pick one up. I was also debating about wearing stockings with a seam in the back, but she doesnt appear to be wearing any.

P.S. “MT”: She was never chubby in the least, she was always very thin. She had a full face.

Re: Mike Humphries’ paionting: that was my layout, dammit!

I don’t believe this to be a scene from a Jean Harlow film. The set appears to be that of “The Last of Mrs. Cheney” with Norma Shearer and Basil Rathbone. This would make it 1929 which would be correct for her appearance, including the slightly short dress for the year. Hemlines were still all over the place, whereas the three films mentioned were slightly earlier and hemlines shorter. Harlow would have begun to see Paul Bern at this time and it was he who escorted her to the premiere of “Hells Angels” that same year. So her visiting an M.G.M. set is also not out of character for the time. She is also wearing the ankle bracelet she obtained about this time. Bern was championing Harlow for an M.G.M. contract, but wasn’t successful until late ’31 after she had appeared in M.G.M.’s “Secret Six” and “Beast of the City” to the first good reviews of her career.

I agree. Designing costumes for cg animated features is so incredibly challenging. The proportions of characters in a film like “The Incredibles” and “Ratatouille” must pose new and very interesting problems in costuming. It’d be valuable to hear how these challenges are met.

“The War Department also banned Let There Be Light”.
As a Vietnam veteran, I did not begin to receive acknowledgement treatment for my psychological injuries until 27 years after the was [for me] had ended.
Early in my treatment, I stumbled onto this film (made two years before I was born), on cable TV, and realized that: “Here is yet another area that the VA has been lying to us …”, during the 70’s and most of the 80’s, we were denied treatment for Combat PTSD by the VA for “Insuficient [New] Evidence”,until such time that (according to an important psychiatric nurse) our numbers could no longer be ignored …
This, very important film, informed me of the lie because it demonstrates the treatment procedures practiced then and denied to following generations of “Walking wounded”.
The treatment of US military veterans is a NATIONAL DISGRACE.
I’m passing this information on to my psychiatrist, therapists, and other veteran’s for their edification: I thank whatever God’s may be …