Andre Soares 7 years ago
Douglas Fairbanks Jr.: Although never as big a name as his father, Jr. did succeed in attaining Hollywood stardom.

Douglas Fairbanks Jr. was never as popular as his father, silent film superstar Douglas Fairbanks, who starred in one action-adventure blockbuster after another in the 1920s (The Mark of Zorro, Robin Hood, The Thief of Bagdad) and whose stardom dates back to the mid-1910s, when Fairbanks toplined a series of light, modern-day comedies in which he was cast as the embodiment of the enterprising, 20th century “all-American.” What this particular go-getter got was screen queen Mary Pickford as his wife and United Artists as his studio, which he co-founded with Pickford, D.W. Griffith, and Charles Chaplin.

Now, although Jr. never had the following of Sr., he did enjoy a solid two-decade-plus movie career. In fact, he was one of the few children of major film stars – e.g., Jane Fonda, Liza Minnelli, Angelina Jolie, Michael Douglas, Jamie Lee Curtis – who had successful film careers of their own. One of his most important films and two curiosities are being presented tonight, Aug. 15, ’15, on Turner Classic Movies, as TCM continues with its “Summer Under the Stars” series.

Mervyn LeRoy’s Little Caesar (1931) was an epoch-making crime drama that turned Edward G. Robinson into a full-fledged movie star. It goes without saying that this early talkie is very much a product of its time; yet it’s also timeless in its portrayal of the achievement of the “American Dream” whichever way one can. If that means joining the mob, so be it.

In the title role, Rico, a variation of Al Capone, Robinson delivers a masterful performance that hasn’t dated a bit. And to think that one of the greatest movie actors ever was never even nominated for a competitive Academy Award.

Looking quite pretty and dandy, Douglas Fairbanks Jr. is Robinson’s surrogate son and accomplice who decides to go straight – in more ways than one – after he falls for Glenda Farrell. But why “more ways than one?”

Well, when Robinson’s Rico learns of the decision of his “son,” his reaction is less like that of a betrayed father than that of a jilted lover. One can choose not to see the obvious; but it’s there, in your face. 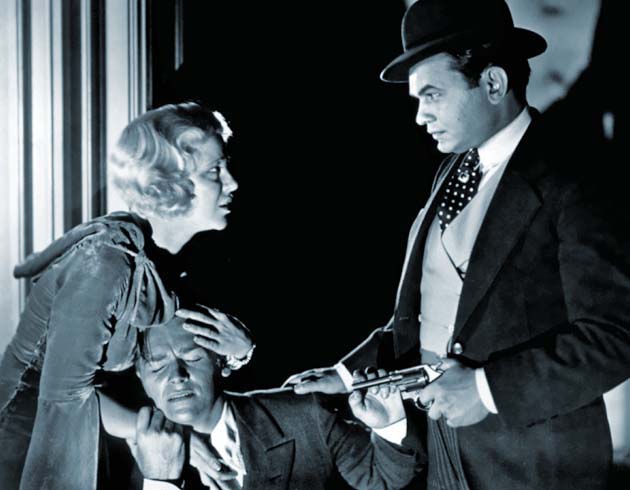 I should add that Little Caesar was released the same year as William A. Wellman’s The Public Enemy, which made James Cagney a star. As a result, Warner Bros. would become the tough guy studio of the ’30s. Just bear in mind that neither movie was actually the first in the genre – not even during the talkie era. The year before, for instance, Warners had released Archie Mayo’s (quite good) The Doorway to Hell, with baby-faced Lew Ayres as an underworld toughie.

The former is notable for featuring an early, pre-Of Human Bondage Bette Davis, at the time just one more Warner Bros. leading lady – of a lower caliber than Ruth Chatterton, Kay Francis, Ann Dvorak, Joan Blondell, and, after 42nd Street, even Ruby Keeler. Also worth noting, drug smuggling is a key element in the film’s plot, which goes to show how far back the U.S.’ (long, long lost) zillion-dollar drug war has been going on.

According to Whitney Stine’s Bette Davis biography Mother Goddam, with Davis’ own comments interspersed throughout, she hated Parachute Jumper, one of the low points of her Warner years.

Colleen Moore and ‘Success at Any Price’

Success at Any Price is chiefly notable because it features silent era superstar Colleen Moore in a supporting role. The personification of the jazz age, a mere five or six years earlier, Moore was one of the biggest box office draws on the planet. In Motion Picture magazine, F. Scott Fitzgerald famously wrote: “I was the spark that lit up Flaming Youth, Colleen Moore [who starred in a 1923 movie of that name] was the torch. What little things we are to have caused all that trouble.”

Was Moore’s movie stardom ruined by sound and/or new tastes? Hardly. Think Joan Crawford and Greta Garbo, both of whom easily made the transition to sound and revamped their images.

Due to personal issues – a difficult separation from abusive husband John McCormick – Moore suffered a nervous breakdown at the dawn of the talkie era. She was gone from the screen for nearly four years (1929-1933), an inordinately long time in those pre-TV, pre-Internet days. New, sassy actresses were popping up everywhere, from Jean Harlow at MGM to Joan Blondell at Warner Bros. By the mid-’30s, Colleen Moore was no longer the personification of anything.

Compounding matters, the Great Depression and the near-bankruptcy of most top Hollywood studios made things difficult for former stars who had been earning extravagant salaries – and making what studio heads deemed extravagant demands – in the late ’20s. (Janet Gaynor’s and Judy Garland’s “This is Mrs. Norman Maine” bit at the end of A Star Is Born 1937 and 1954 is supposed to have been inspired by a conversation between Moore and the honchos at First National – later acquired by Warners – back in the late ’20s, when husband McCormick was causing trouble at the studio.)

Anyhow, the presence of Colleen Moore alone makes Success at Any Price worth a look even if only for historical reasons. 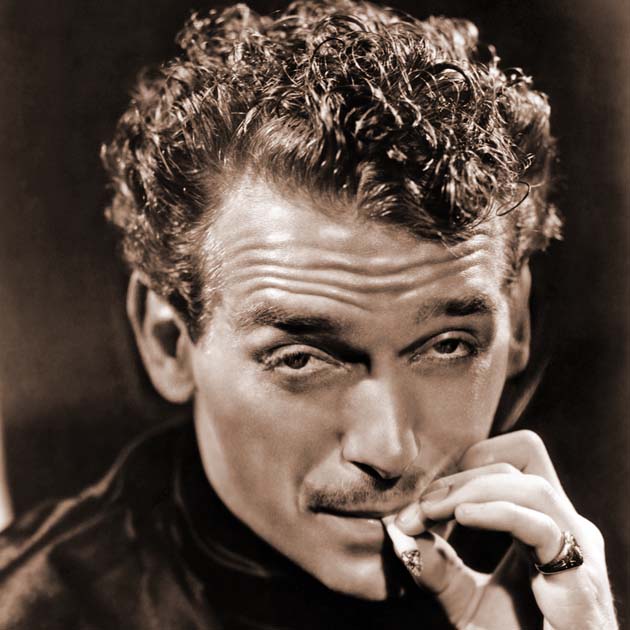 Douglas Fairbanks Jr. as Rupert of Hentzau in ‘The Prisoner of Zenda’: Ruthless but appealing villain.