Among those seen in the more than 125 color and black-and-white images featured in “Freeze Frame: 5 Decades of Photographs by Douglas Kirkland” are the following:

According to the Academy’s press release, the Toronto-born (in 1934) Douglas Kirkland landed his first gig at age 24, when he was hired by Look Magazine mostly to handle fashion assignments.

As per the release, “It was on his way back from one of those assignments that he was asked to accompany a writer going to interview Elizabeth Taylor, even though the actress had already refused to be photographed. Kirkland managed to convince Taylor to become his first celebrity subject, and his career swiftly moved in a new direction.”

Based in New York through much of his professional life, Kirkland relocated to Los Angeles in the mid-1970s.

Kirkland’s pictures not by Kirkland

A couple of Douglas Kirkland’s pictures are seen below – but they were not taken by him. The “Freeze Frame: 5 Decades of Photographs by Douglas Kirkland” images come courtesy of Todd Wawrychuk / © A.M.P.A.S. 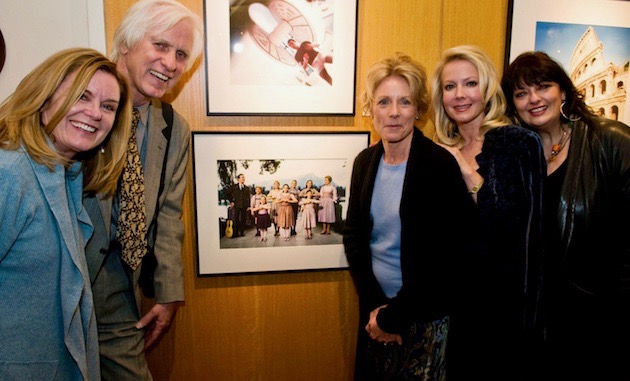 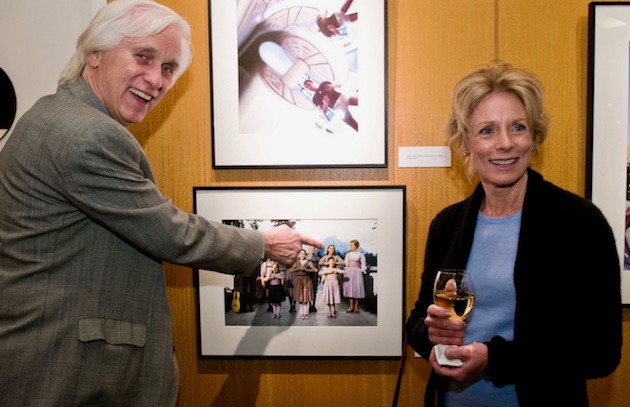 From Douglas Kirkland’s pictures to Oscar statuettes: in other Academy news, the 50 Oscar statuettes to be presented at the 2008 Academy Awards ceremony next Feb. 24 will be on display at the Academy of Motion Picture Arts and Sciences’ “Meet the Oscars” exhibition beginning Friday, Feb. 1, on the fourth level of the Hollywood & Highland Center – in Hollywood, where else? – and continuing through Saturday, Feb. 23. Admission is free.

Visitors will be given the chance of holding an actual Oscar statuette while pretending they are Tom Cruise or Cameron Diaz (neither of whom has ever won an Academy Award). The exhibition will also feature interactive Oscar trivia kiosks, the Honorary Award that will be presented to production designer Robert Boyle (North by Northwest, Fiddler on the Roof), and samples of Boyle’s work.

Most notably from a historical perspective, the exhibition will display:

More or less contemporaneously, the exhibition “Meet the Oscars, New York” will display 50 new Oscar statuettes, two inscribed Academy Awards, and one Oscar for the public to hold.

The East Coast version of “Meet the Oscars” will take place at the Times Square Studios in New York City from Feb. 15–23. The exhibition will be open daily from noon to 7 p.m. Admission is free.

The two inscribed Oscar statuettes are the ones won by Gary Cooper for his performance as the title character in Howard Hawks’ World War I drama/comedy Sergeant York (1941) and by film editor Thelma Schoonmaker for her work on Martin Scorsese’s Academy Award fave The Departed (2006).

The 50 new statuettes featured in the exhibition will be presented to the winners at a future Academy Awards ceremony.

Cooper won his second Best Actor Oscar for Fred Zinnemann’s 1952 Western High Noon. Eight years later, he was given an Honorary Award “for his many memorable screen performances and the international recognition he, as an individual, has gained for the motion picture industry.” Suffering from terminal cancer, Cooper was unable to attend the ceremony. James Stewart accepted the statuette on his behalf.

All three of Schoonmaker’s Oscars were the result of her film editing work on Martin Scorsese-directed Best Picture contenders. Besides The Departed, she also won for Raging Bull (1980) and The Aviator (2004).

Each Oscar weighs 8½ pounds and stands 13½ inches tall. Handmade annually by R.S. Owens & Company in Chicago, the statuettes are made of britannia, a metal alloy, and are plated in copper, nickel, silver, and 24-karat gold.

In one format or another (depending on the Writers Guild strike), the 2008 Academy Awards ceremony will be held on Sunday, Feb. 24, at the Kodak Theatre at Hollywood & Highland Center in the congested heart of Hollywood.

Douglas Kirkland’s pictures (Brigitte Bardot, with The Sound of Music actresses) via the Academy of Motion Picture Arts and Sciences.