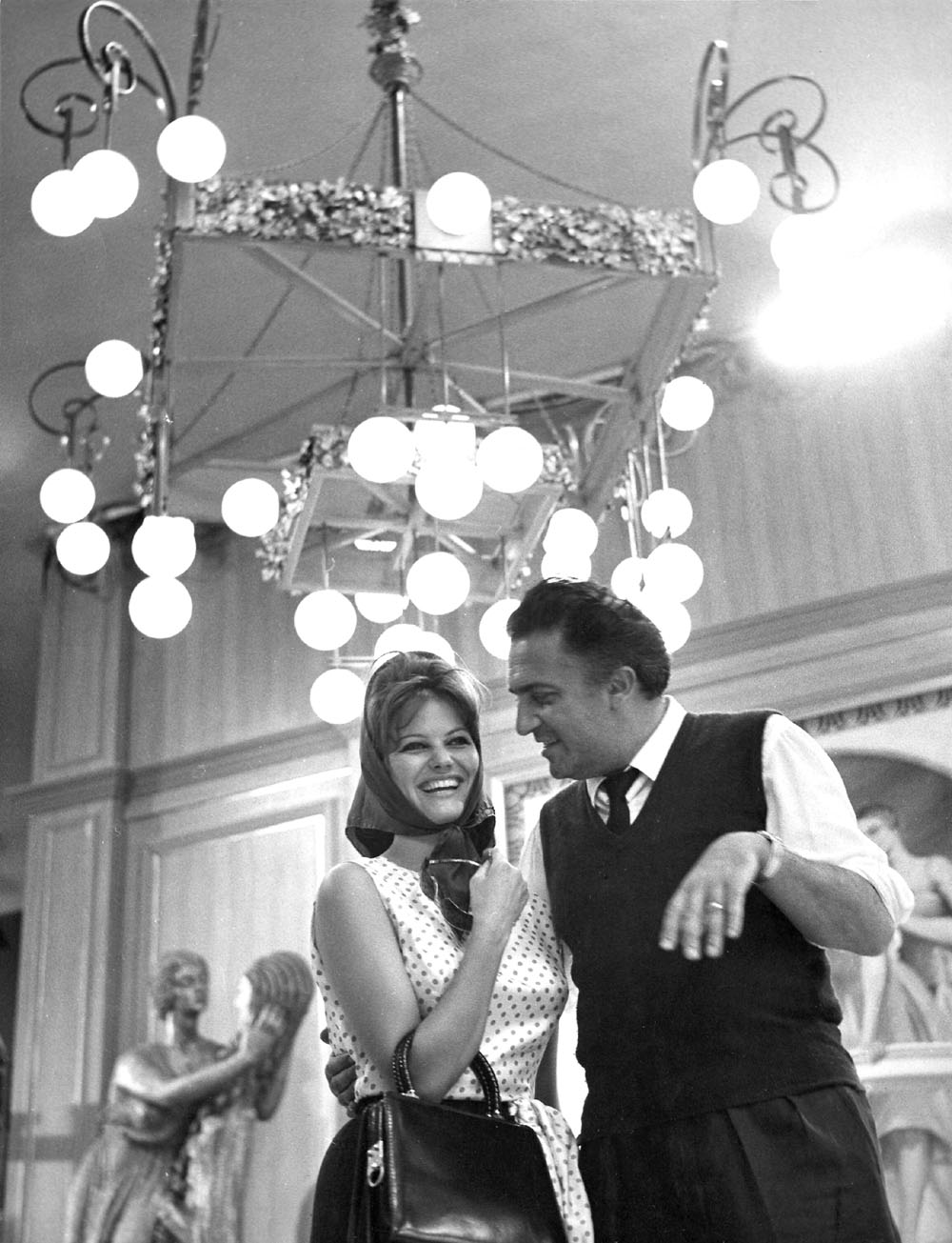 In conjunction with its exhibition “Fellini’s Book of Dreams” – which is definitely worth a visit – the Academy of Motion Picture Arts and Sciences will present a special screening of Federico Fellini’s Academy Award-winning 1963 extravaganza 8½ on Friday, April 17, at 7:30 p.m. at the Samuel Goldwyn Theater in Beverly Hills. The evening will be hosted by Robert Rosen, dean of the UCLA School of Theater, Film and Television.

There have been homages and imitations ever since (Bob Fosse’s All That Jazz comes to mind), but no self-analytical film that I’ve seen gets even close to what Fellini accomplished in 8½, while very few films about the art of moviemaking have been nearly as artful or movieish.

In 8½, Marcello Mastroianni stars as Fellini’s alter-ego, Guido Anselmi, a renowned film director struggling to find inspiration for his next project. Overwhelmed by the world around him – the lights, the cameras, the biz, the wife, the mistress – Anselmi immerses himself in a semi-dreamlike state in which past and present, fantasy and reality become inextricably intertwined. According to Fellini himself, 8½ is the story of “a film director who is trying to put together the pieces of his life … and to make sense of them, to understand what they mean.”

I’m not sure if Fellini achieved what he wanted, but whether or not it’s all clear at the end is all but irrelevant. What truly matters is the hallucinogenic ride getting there. And I probably should add that the first time I saw 8½ (on television) I found it a big bore; the second time around (on the big screen) – even without the help of drugs – it was pure magic. 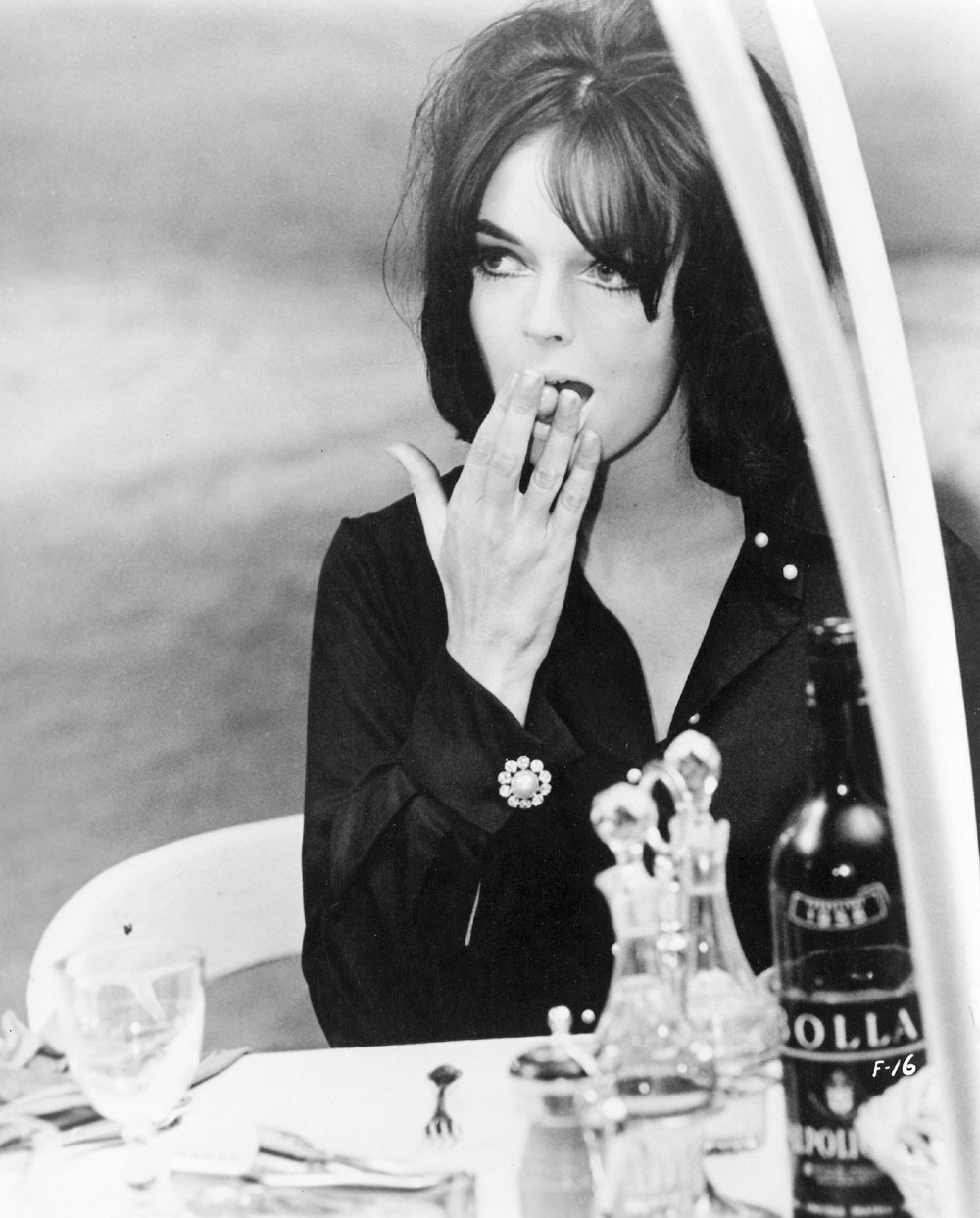 8½ should have won nearly every Oscar that year, but the film had to content itself with statuettes for Best Foreign Language Film (Italy) and Black-and-White Costume Design (Piero Gherardi).

Fellini’s exploration of his own dreams can be experienced in the exhibition “Fellini’s Book of Dreams,” on display through April 19 in the Academy’s Grand Lobby Gallery. On April 17, the Academy will host special evening exhibition viewing hours from 6:30 to 7:30 p.m. and immediately following the screening.

Tickets for 8½ are $5 for the general public and $3 for Academy members and students with a valid ID, and may be purchased online at www.oscars.org, in person at the Academy box office or by mail. Doors open at 6:30 p.m. The Samuel Goldwyn Theater is located at 8949 Wilshire Boulevard in Beverly Hills. All seating is unreserved. For more information, call (310) 247-3600. 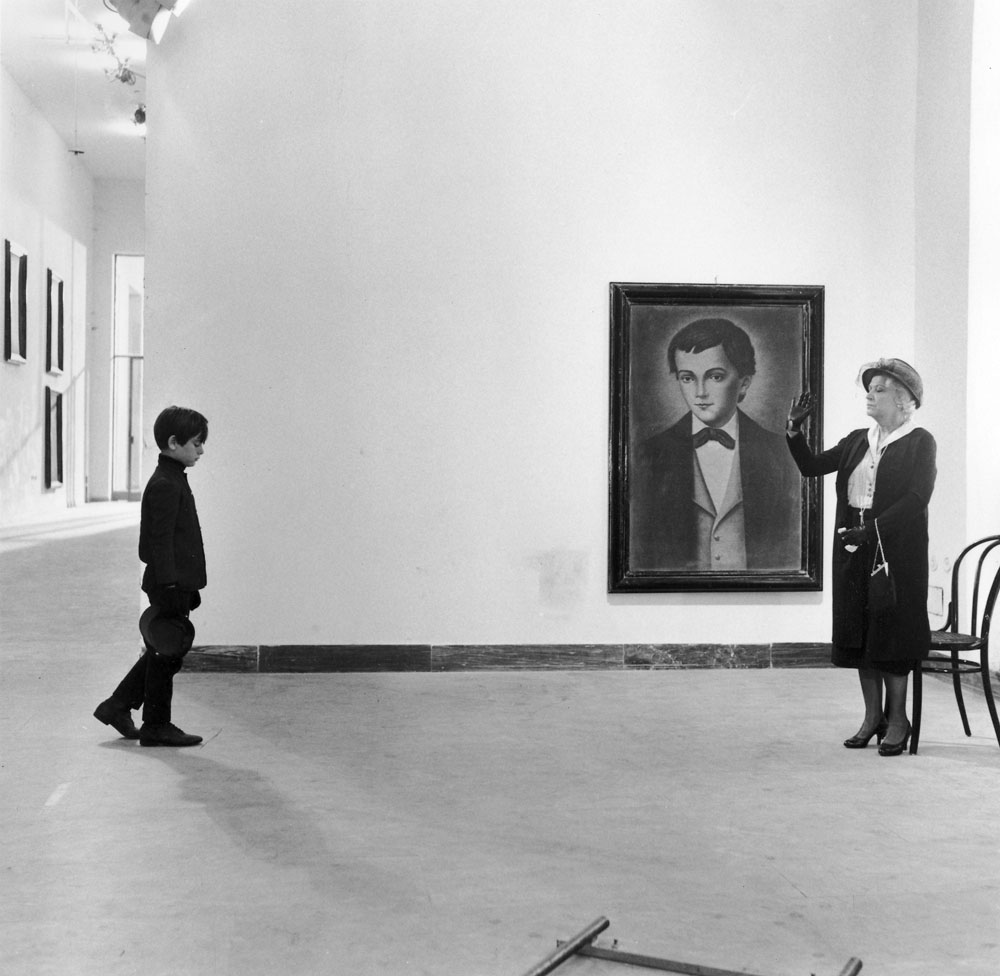 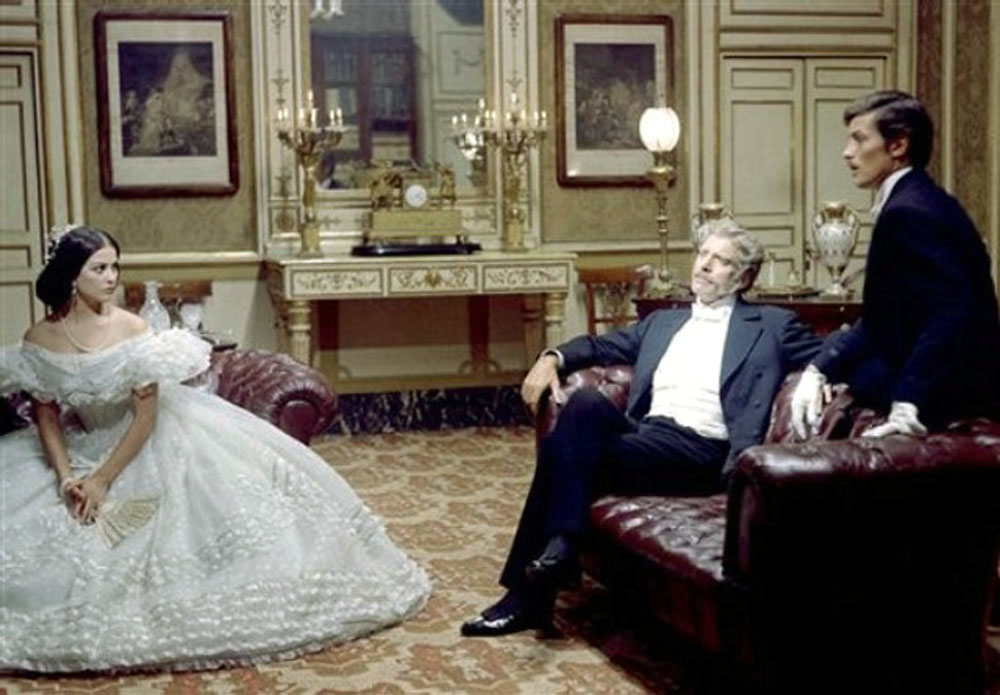 The Leopard with Claudia Cardinale, Burt Lancaster, and Alain Delon: Another 1963 Italian cinema classic, this one directed by Luchino Visconti.

At Cafebabel.com, there’s a curious chat with screen legend Claudia Cardinale and French newcomer Alexandre Styker. Here’s a brief quote from the piece:

“’I would have liked to have worked with Visconti too,’ the young man [Styker] continues to discuss his unrealised dreams. ‘Of course,’ Claudia replies, ‘the man was a genius! I made four films with him, he took me all over the world and showered me with gifts.’ So he was a real character, the legendary Italian director? ‘He used to say that I was a kitten that could be stroked, but a kitten with claws. Visconti was a man of the theatre, you couldn’t move a muscle if he didn’t want you too, your eyes had to say what eyes cannot say. At the same time I was filming Eight and a Half (1963) with Federico Fellini and it was completely the opposite – there was no script, it was complete improvisation.’ Alexandre agrees: ‘It’s true, in the end result you can see the rigour of Visconti’s films and the complete chaos in Fellini’s!'”

For the record, the four Cardinale-Visconti collaborations were those in Rocco and His Brothers (1960), The Leopard (1963, top photo, with Burt Lancaster and Alain Delon), Vaghe stelle dell’Orsa… (1965), and Conversation Piece (1974).

Claudia Cardinale, who will turn 71 next April 15, has appeared in more than 100 films and television productions in the last half century.

Carmen Miranda was undeniably one of the greatest artists of the 20th century. In this clip from 20th Century Fox’s 1941 musical comedy That Night in Rio, Miranda sings and dances – the latter isn’t quite the appropriate verb – to the rhythms of Roberto Martins’ “Cai, Cai.”

Now, what the heck is she singing?

And that’s why songs should usually be left untranslated.

‘What We Do Is Secret’: Q&A with Rodger Grossman

LGBT Pride Movie Series: From Rudolph Valentino to the Rise of Nazism...