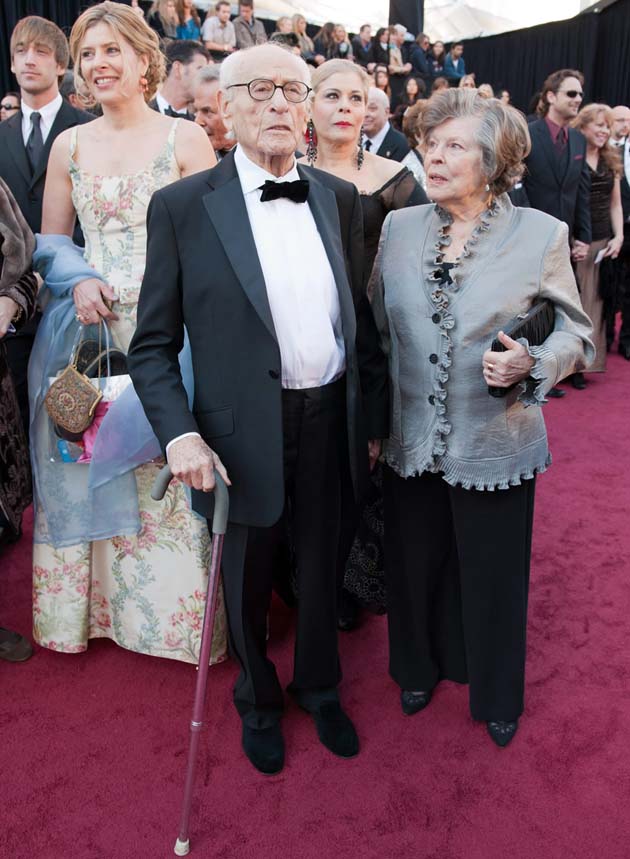 Eli Wallach and wife Anne Jackson are seen above arriving at the 2011 Academy Awards ceremony, held on Sunday, Feb. 27, at the Kodak Theatre in Hollywood.

The 95-year-old Wallach was given an Honorary Oscar at the Governors Awards in November 2010.

The Actors Studio-trained Eli Wallach was to have made his film debut in Fred Zinnemann’s Academy Award-winning 1953 blockbuster From Here to Eternity. Ultimately, however, Frank Sinatra – then a has-been following a string of box office duds – was cast for a pittance, getting beaten to a pulp by a pre-stardom Ernest Borgnine.

For his bloodied efforts, Sinatra went on to take home the year’s Best Supporting Actor Oscar and to become one of the top film stars of the late ’50s and early ’60s.

Having missed out on that major film break, Eli Wallach – by then already 40 – would end up making his film debut in the much more modest Baby Doll (1956), a controversial, sexually charged Tennessee Williams comedy directed by Elia Kazan and starring Carroll Baker in the title role. Baker was shortlisted for the Best Actress Oscar, while Wallach took home the British Academy Award for the Most Promising Newcomer to Film.

From then on, Eli Wallach would be featured in about 80 movies and, since 1951, in about as many television shows. 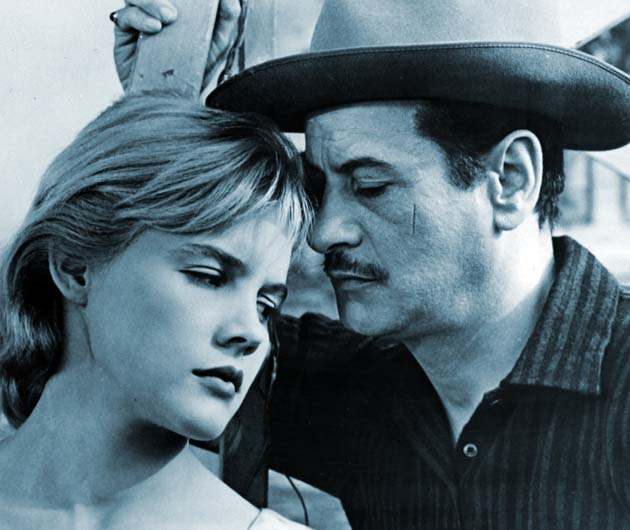 Below is a brief list of notable Eli Wallach films. Curiously, the Honorary Oscar recipient and Tony Award winner (for the 1951 production of Tennessee Williams’ The Rose Tattoo, opposite Maureen Stapleton) was never even nominated for a competitive Academy Award.* 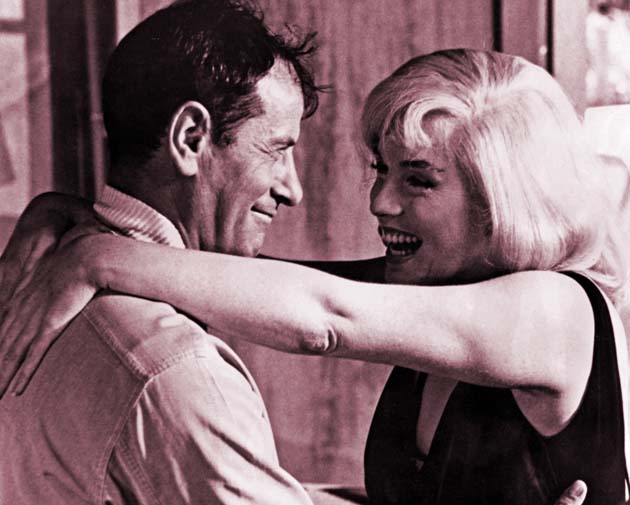 Eli Wallach in ‘The Misfits,’ with Marilyn Monroe: Troubled production.

Besides his Bafta win, Eli Wallach’s Baby Doll performance earned him a Best Supporting Actor Golden Globe nomination. He lost to Earl Holliman for The Rainmaker.

For his television work, Wallach was shortlisted for five Primetime Emmy Awards. He won in the Best Supporting Actor category for the Terence Young-directed TV movie (also shown in theaters) Poppies Are Also Flowers a.k.a. The Poppy Is Also a Flower. The generally panned 1966 drama about the dangers of opium was narrated by Grace Kelly and featured cameos and supporting appearances by the likes of Rita Hayworth, Trevor Howard, and Omar Sharif.

Wallach’s last Emmy nod was in the Outstanding Guest Actor in a Comedy Series category for the 2009 Nurse Jackie episode “Chicken Soup.” He lost to Neil Patrick Harris for the Glee episode “Bryan Ryan.” 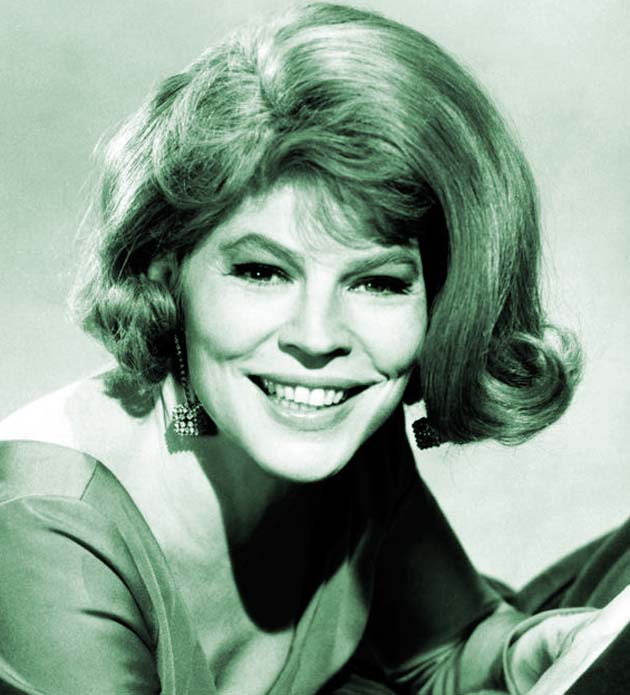 Mostly a stage performer, Anne Jackson appeared infrequently in films: less than 25 features between 1950 and 2008 – in addition to about 40 TV roles.

Jackson’s best-known big-screen parts are probably her bored housewife posing as a call girl in George Axelrod’s 1968 comedy The Secret Life of an American Wife and that of a doctor in Stanley Kubrick’s 1980 cult classic The Shining.† Below is a brief list of notable Anne Jackson movies.

† With (tame) shades of the kinky, 1967 Luis Buñuel-Catherine Deneuve effort Belle de Jour, The Secret Life of an American Wife is unrelated to Anne Jackson’s other 1968 movie, How to Save a Marriage and Ruin Your Life – or, for that matter, to the 1965 Jack Lemmon-Virna Lisi comedy How to Murder Your Wife.

Anne Jackson was an Emmy nominee in the Best Actress in a Drama category for her performance in the 1967 CBS Playhouse episode “Dear Friends.” She lost to her husband’s The Rose Tattoo co-star Maureen Stapleton in the teleplay Among the Paths to Eden, directed by Frank Perry and written by Truman Capote.

For her stage work, in 1956 Jackson was a Tony nominee as Best Featured Actress in a Play for Paddy Chayefsky’s Middle of the Night. In 1963, she took home a Best Actress Obie Award for two Off-Broadway plays: The Typists and The Tiger. 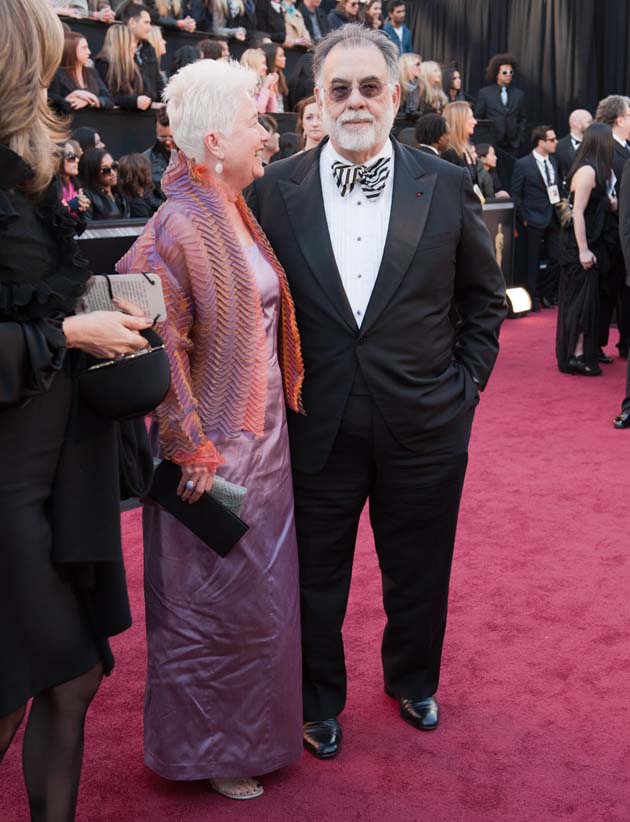 Francis Ford Coppola and wife Eleanor Coppola at the Oscars

Pictured above are Francis Ford Coppola and wife Eleanor Coppola on the 83rd Academy Awards’ Red Carpet outside the Kodak Theatre. Veteran filmmaker Coppola was the recipient of the Irving G. Thalberg Memorial Award at the Governors Awards in November 2010.

The Thalberg Award, a bust of the MGM producer and executive (and Norma Shearer husband) who died at age 37 in 1936, is given to “a creative producer whose body of work reflects a consistently high quality of motion picture production.”

Among the Francis Ford Coppola movies on which he is credited as a producer or executive producer are the following:

* As can be seen above (and in the image further below), Coppola directed Eli Wallach – playing Don Altobello – in The Godfather: Part III.

Francis Ford Coppola and Eleanor Coppola have been married since 1963. 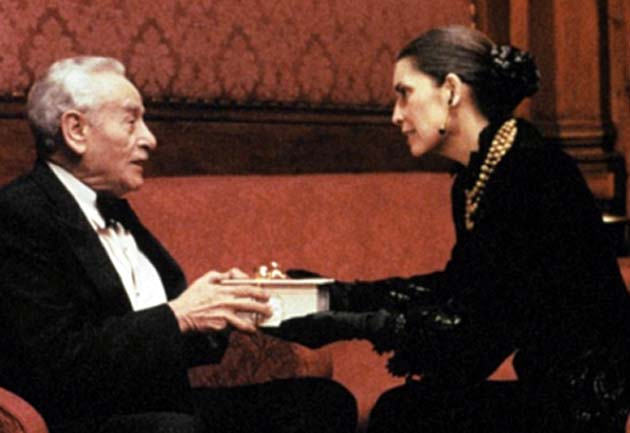 The article “Eli Wallach and Anne Jackson, Francis Ford Coppola and Wife Photos” was initially posted in Feb. 2011. It has been updated and expanded to include a few more details about Wallach’s, Jackson’s, and Coppola’s careers.

Eli Wallach and Marilyn Monroe The Misfits image via the BFI website, featuring a lengthy 2005 interview with Wallach.