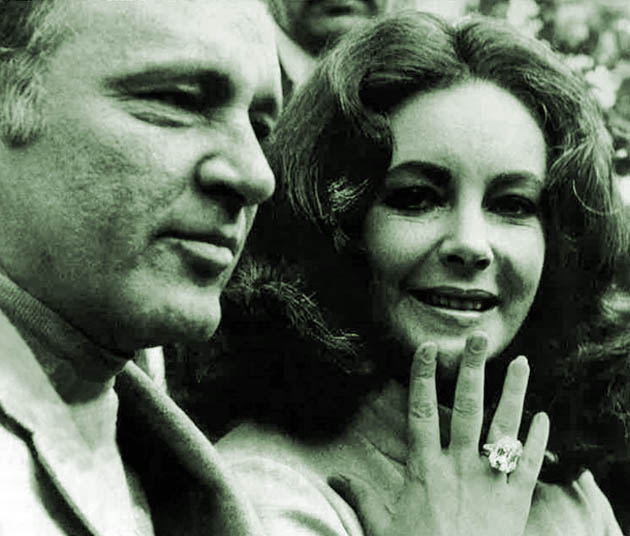 Elizabeth Taylor diamond ring & jewelry collection fetch exorbitant amounts; Richard Burton was a long-ago “benefactor.” In addition to being wife and husband a couple of times, Taylor and Burton were also co-stars in ten big-screen features + one TV movie. On the big screen: Cleopatra, The V.I.P.s, The Sandpiper, Who’s Afraid of Virginia Woolf?, The Taming of the Shrew, The Comedians, Doctor Faustus, Boom!, Under Milk Wood, and Hammersmith Is Out. On the small screen: Divorce His, Divorce Hers. Additionally, Elizabeth Taylor has a cameo in the Richard Burton star vehicle Anne of the Thousand Days.
Contents hide
1. Elizabeth Taylor diamond ring and other pieces of jewelry break auction record
1.1. Multi-carat diamond ring & Michael Jackson gift
1.2. Five Best Actress Academy Award nominations
1.3. Elizabeth Taylor movies

Unsurprisingly, the Elizabeth Taylor jewelry collection – including her notorious North Pole-sized diamond ring – fetched a record-setting $115 million this past Dec. 13 at Christie’s in New York City.

For starters, the 33.19-carat diamond ring given her by two-time husband Richard Burton (Taylor and Burton were married and divorced twice) fetched $8.81 million.

Another trinket Taylor received from Burton – a pearl, diamond, and ruby necklace known as “La Peregrina” – went for $11.84 million. That’s a world record, as per an Associated Press report.

Also at the Elizabeth Taylor jewelry auction was a diamond bracelet Michael Jackson bought his actress-friend: it sold for $194,500.

An unspecified percentage of the proceeds from the auction will reportedly go to The Elizabeth Taylor AIDS Foundation, established in 1991. 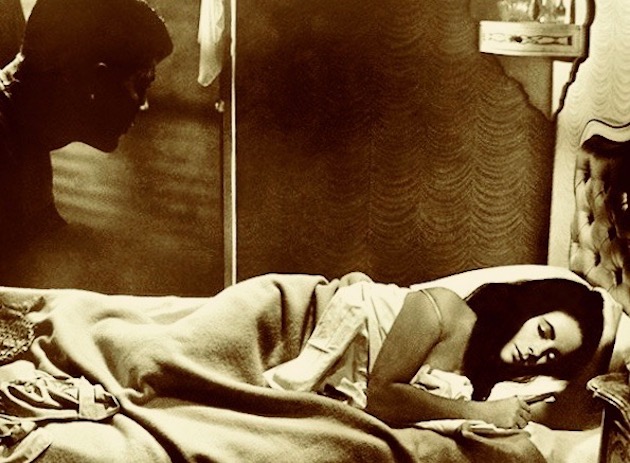 Reflections in a Golden Eye with Elizabeth Taylor and Robert Forster. Adapted by Gladys Hill and Chapman Mortimer from Carson McCullers’ 1941 novel, Reflections in a Golden Eye (1967) is likely the most bizarre movie in John Huston’s 46-year directorial career. Set at a U.S. army post in the American South in the mid-20th century, the psychological drama features Marlon Brando as a gay and impotent army major, Elizabeth Taylor as his sexually dissatisfied wife with a deep attachment to her stallion horse, Robert Forster as her stalker, Brian Keith as her lover, Julie Harris as his emotionally unbalanced wife, and Zorro David as the couple’s flaming houseboy.

Below are a few other key Elizabeth Taylor films. On the big screen, Taylor was active from 1942 (There’s One Born Every Minute) to 1980 (The Mirror Crack’d).

There would be two comebacks: Franco Zeffirelli’s Young Toscanini (1988), as one-time opera singer Nadina Bulichoff, and a cameo as Pearl Slaghoople in Brian Levant’s The Flintstones (1994).