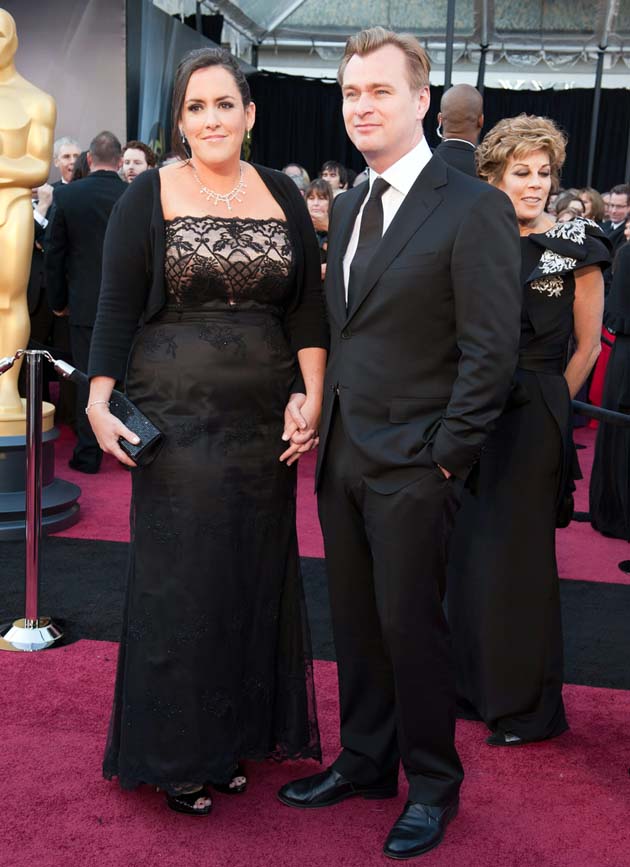 A very blasé-looking Christopher Nolan, shortlisted as one of the producers of Best Picture Oscar nominee Inception and as the writer of the film’s original screenplay, arrives with his wife and fellow Inception producer Emma Thomas at the 2011 Academy Awards held on Feb. 27 at the Kodak Theatre in Hollywood.

Of course, Christopher Nolan also directed Inception, but he was not included in the Academy’s Best Director shortlist. Instead, nominated were:

In case the incredibly successful British filmmaker was disappointed, angered, or downright outraged at being bypassed one more time by the Academy of Motion Picture Arts and Sciences’ Directors Branch (see below), one surely can’t tell just by looking at the picture above.

Of course, there’s always the possibility that he just didn’t care.

Much to his fans’ outrage (if not his own), Christopher Nolan was also bypassed two years ago, when his global blockbuster The Dark Knight failed to be nominated in the Best Picture, Best Director, and Best Adapted Screenplay categories.

In fact, Nolan has yet to receive an Academy Award nomination in the Best Director category. Inception, toplining Leonardo DiCaprio, is his first Best Picture Oscar nominee.

Nolan’s next movie is the third and final installment in the Batman trilogy, The Dark Knight Rises. Christian Bale, Anne Hathaway, and Tom Hardy will star.

And finally, check out the following articles:

Christopher Nolan and Emma Thomas, whose producing credits also include The Dark Knight, The Prestige, and Batman Begins, were married in 1997. 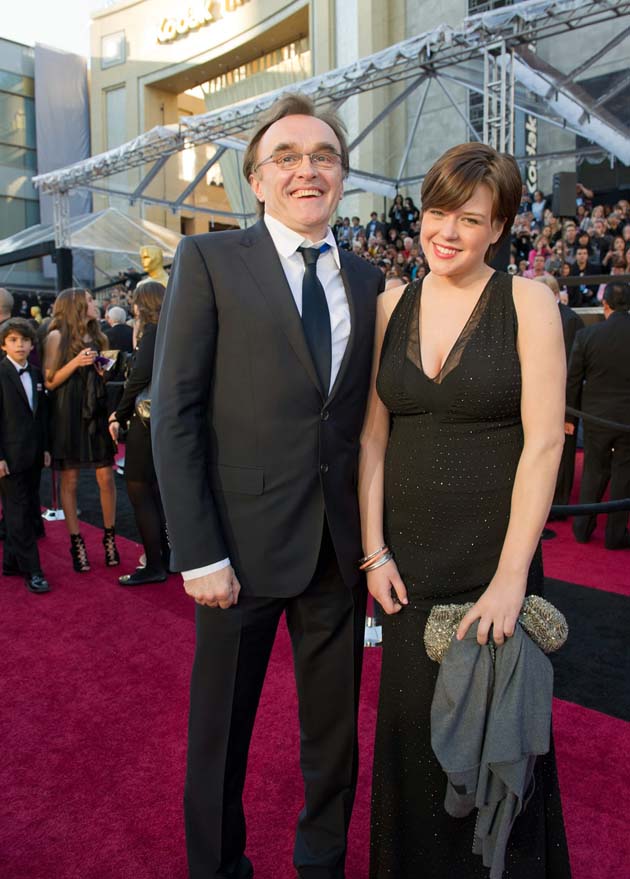 Danny Boyle and guest: Bypassed for the Best Director Oscar.

Danny Boyle on the Red Carpet

Danny Boyle, a double 2011 Oscar nominee as one of the producers and screenwriters of Best Picture contender 127 Hours, is seen above with a guest on the 83rd Annual Academy Awards’ Red Carpet outside the Kodak Theatre in Hollywood. Boyle also directed 127 Hours, but like Inception filmmaker Christopher Nolan, he failed to be shortlisted in that particular category.

Starring Best Actor nominee and 2011 Oscar ceremony co-host James Franco (who shared hosting duties with Anne Hathaway), 127 Hours was not a success at the North American box office. The film, based on a harrowing real-life story, fared better internationally.

And James Franco lost Best Actor to Colin Firth for The King’s Speech. 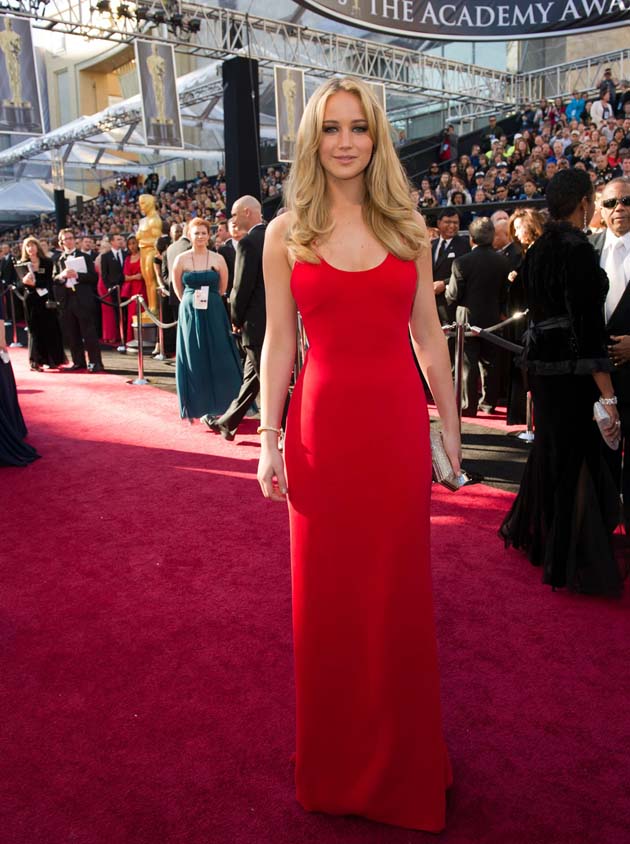 Jennifer Lawrence: Woman in Red dress at the Academy Awards.

Jennifer Lawrence at the Academy Awards

Jennifer Lawrence’s competitors in the Best Actress Oscar race were: 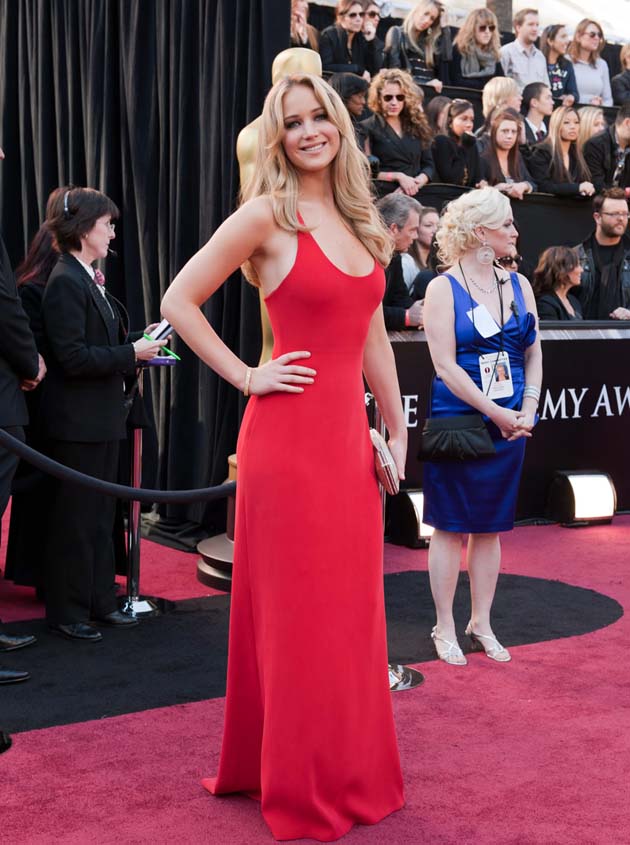 According to the IMDb, this is the complete list of Jennifer Lawrence movies:*

This year, Jennifer Lawrence was the only first-timer among the Best Actress Oscar contenders. Below are her competitors’ previous nominations.

Photo of Jennifer Lawrence as the Woman in the Red Gown: Ivan Vejar / © A.M.P.A.S.

What is Melissa Leos birthdate?