“Stylishly directed and singularly harrowing” (Japanese Cinema Encyclopedia), these four films are classic examples of pink cinema, a style of Japanese, softcore theatrical films which was common in the early 1960s.

Typically produced on bare-bones budgets and clocking in at an economical seventy minutes, quite a few of these films - like Masaru Konuma’s controversial S&M flick A Wife to Be Sacrificed (1974) - became box office smashes.

Having started working for the famed Nikkatsu Studio in the early 60s, immediately after graduating in film studies from the Nihon University, Masaru Konuma joined his company’s effort to produce pink films after the novelty of television programming began to erode theatrical attendance in Japan. While many Nikkatsu staff members left the company, Masaru Konuma stayed on board and started directing his own feature films in the early 70s. “The pleasure of becoming a director was greater than anything else at that moment …” said Masaru Konuma. “I was just happy to be making movies.”

The disc for Wife to be Sacrificed presents as a special feature, the little seen doc Sadistic and Masochistic (2000, 91 min.), from director Hideo Nakata, the man behind Dreamworks’ Ring Two and the original Japanese franchise The Ring.

With a focus on the pink films directed by Masaru Konuma, Sadistic and Masochistic is a meditation on the man whom Hideo Nakata considered to be his mentor. 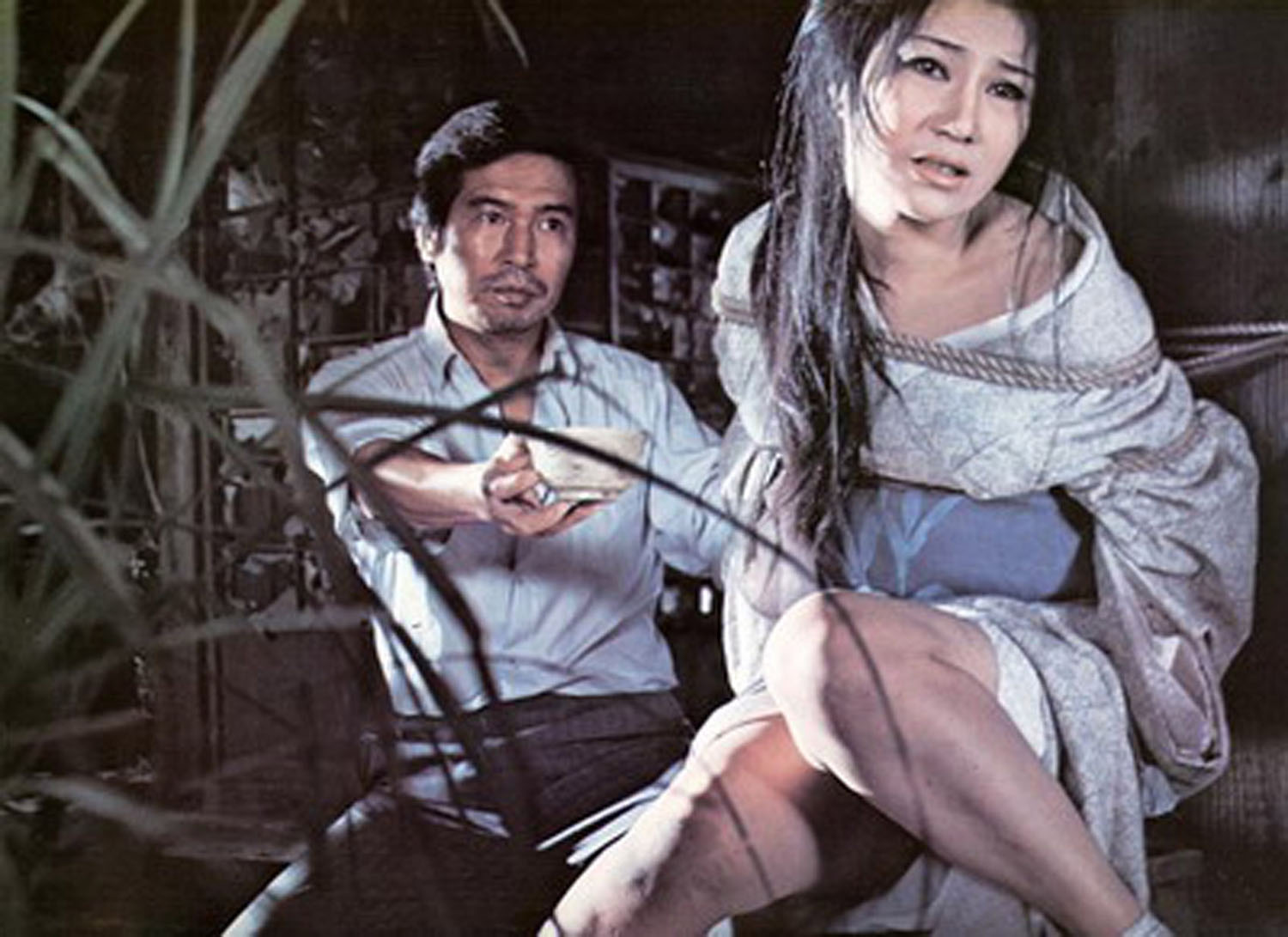 WIFE TO BE SACRIFICED
a film by Masaru Konuma

In Wife to Be Sacrificed, Queen of Japanese erotica Naomi Tani plays Akiko, a wife who charges her husband with sexual battery. But he escapes from the police and goes into hiding.

As three years pass, Akiko divorces him and tries to put the pieces of her life back in order. Suddenly, he returns. Full of rage and hatred, he kidnaps her and takes her to a house in a remote wooded area. There he disciplines Akiko Vehemently, subjecting her to increasingly shocking forms of sexual torture,
tetherings, and humiliations.

Astonishingly, through the anger and lust, the pair develop a relationship that pushes the boundary of lurid passion and perverse obsession.

Kimstim presents Wife to Be Sacrificed on DVD from a digitally restored 16×9 master.

From director Hideo Nakata, Sadistic and Masochistic is a documentary about Masaru Konuma. Nakata served as assistant director to Konuma on many films and considers him to be his artistic mentor.

Classic Japanese nunsploitation! In this “Roman Pink” feature, pretty Runa joins a convent when her stepsister steals her boyfriend. But to her surprise, Runa’s life of devout religious observance doesn’t exactly turn out the way she expects. Inside her cloistered domain, she discovers more perversity than anything she ever knew outside the convent walls.

Mrs. Yoshino (played by Naomi Tani, the queen of Japanese erotica) is a beautifully elegant, maturing widow who lives a quiet existence with Takako, her teenaged daughter. But when Takako begins a relationship with the handsome Hideo, the simple mom suddenly discovers mysterious feelings of ecstasy and guilt.

In Tattooed Flower Vase, these events are just the beginning of another “Roman Pink” tale of sexual intrigue. Hideo, we learn, has an uncanny similarity to the man that stole Mrs. Yoshino’s virginity years before. As the story escalates, a severe and perverse rivalry develops between mother and daughter.

I liked CLOISTERED NUN: RUNA’S CONFESSION, where can I find it?

A good number of these films can be found on two very reliable sites. The first is Asian Cult Cinema or http://www.asiancult.com
They have a fairly good sized catalog of Asian films as well as many others.

The next place is Video Search Of Miami.
You can see their film collection online at:
http://www.vsom.com

One piece of advice, many Asian films tend to be very brutal towards women wether they are sex films or not. You’ll see some of the most beautiful Asian women in the ‘filmed’ not ‘video-taped’ productions and better stories too.
But the manner in which women often get treated, would have Gloria Steinem of MS. Magazine wanting to nuke Japan all over again.

Wow these are good films. I just wonder if there are online store for downloading this films.

Wow, do you have links to where I can purchase these? Everyone is obsessed with Sasha Grey and the new age Western stars. It would be great to check out these older masterpieces from another culture.