Andre Soares 15 years ago
Contents hide
1. Essential movies from long ago
1.1. Another ‘essential movies of long ago’ list
1.2. ‘The Curse of Quon Gwon’ & ‘Her Wild Oat’: Lost and Found

Essential movies from long ago 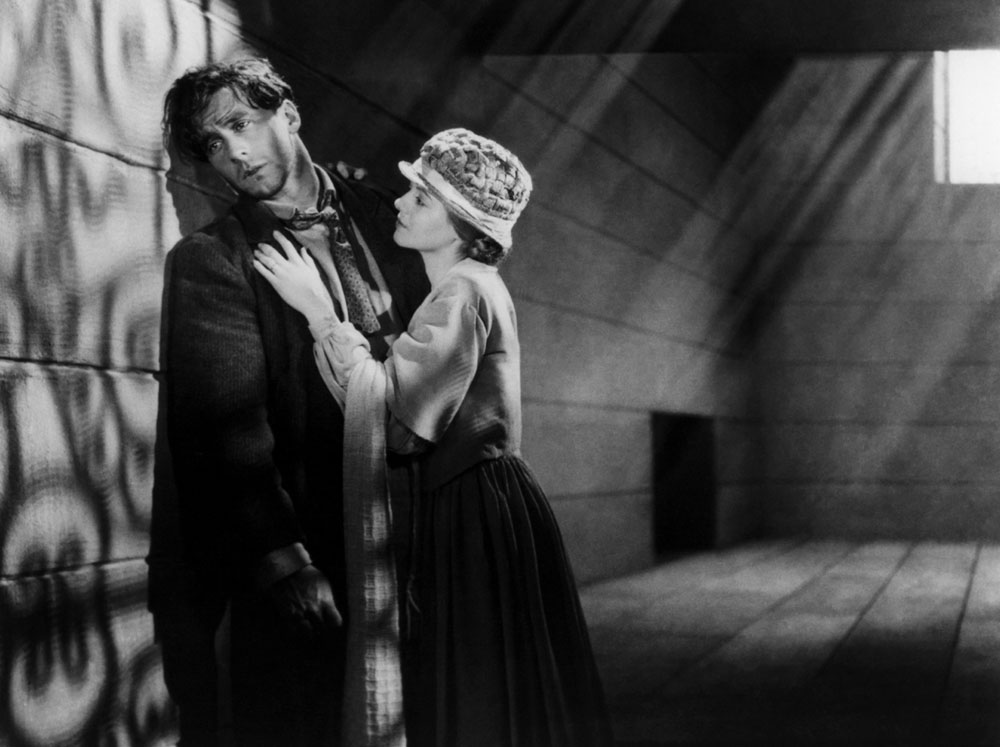 Film historian Kevin Brownlow re: essential movies from the silent era in the Sunday Times (image: Janet Gaynor and George O’Brien in Sunrise.)

“This year is the 80th anniversary of The Jazz Singer, the film that brought the silent era to an end. The talkie revolution undoubtedly enriched the cinema, but it ended something magnificent. The silent film was a universal language. Change the titles, and your film could be seen from Alaska to Zanzibar. The new art began with simple scenes of workers leaving a factory and graduated to multi-screen epics lasting hours. The fixed camera was soon on the move — lashed to the front of a train, swooping on a trapeze, plunging over a cliff, the editing dazzling the audience with single-frame cuts. Vast picture palaces were built, equipped with symphony orchestras and seating thousands. In New York, the streets around Times Square had to be closed to traffic every evening because the movie-going crowds were so massive. They were not flocking to see the jerky, flickering image of comic legend; silent films at their best were technically superb and aesthetically astonishing. Their stars, Gloria Swanson, Douglas Fairbanks, Charlie Chaplin and Mary Pickford, were the best-loved people in the world. The movies surpassed even the press as the most powerful medium. And this was achieved, incredibly, in a little over 30 years. Have we come as far since 1972?”

The Birth of a Nation, 1915 The most influential and controversial of all silents

Broken Blossoms, 1919 Poetry on the screen

The Phantom of the Opera, 1925 Inspired hokum

Flesh and the Devil [top], 1927 [Greta] Garbo and [John] Gilbert fell in love on this picture – and it shows

Metropolis, 1927 The silliest great film yet made

Napoléon, 1927 The most technically innovative film yet made

Sunrise [right], 1927 Masterly use of the camera

The Crowd, 1928 A young couple’s fight against poverty

I’m not a big fan of most of the film’s found in film historian Kevin Brownlow’s list of “essential silents” – The Crowd and The Wind are the two I like best; I haven’t seen Varieté, yet – even though Brownlow certainly included 10 of the most renowned silent ever made.

Now, if I were to come up with an impromptu list of 10 “essential silents” – all from a very personal point of view – I’d include the following ( knowing full well that I’d be leaving out another 20 or 30 or 50 “essentials,” among them numerous historically important bores):

The Four Horsemen of the Apocalypse [top], 1921 Rex Ingram may not be a household name today – even in the household of film historians – but in his day, Ingram was considered one of the top three or four film directors in the world. The Four Horsemen is most likely his greatest film. The romantic epic also helped to launch Rudolph Valentino’s stardom.

Lady Windermere’s Fan, 1925 Ernst Lubitsch directs with his usual panache. Irene Rich steals the show as a woman of both a certain age and a certain reputation.

The Student Prince in Old Heidelberg, 1927 A wistful Ramon Novarro vehicle, delicately directed by Ernst Lubitsch, and co-starring Norma Shearer at her charming-est.

Street Angel, 1928 Perhaps the best of all Frank Borzage’s melodramas I’ve seen, and the best of the Janet Gaynor-Charles Farrell love stories. (Heresy of heresies: I find Street Angel infinitely more touching than the revered Sunrise.)

The Crowd, 1928 Perhaps King Vidor’s best film (certainly the best of the ones I’ve seen). As a plus, the film stars a superb Eleanor Boardman (at the time married to her director), a now unfairly forgotten actress that was one of the most talented performers of the 1920s.

The Pagan [right], 1929 Ramon Novarro at his most unaffected in a (mostly) light, romantic tale set in the South Seas, with a great score (from the “Pagan Love Song” by Arthur Freed and Nacio Herb Brown) and dazzlingly lush cinematography (by Clyde De Vinna).

‘The Curse of Quon Gwon’ & ‘Her Wild Oat’: Lost and Found

Next Thursday, March 29, the Academy of Motion Picture Arts and Sciences will present another installment of its “Lost and Found” series, with a screening of two long-thought lost films that have been recently discovered and preserved by the Academy Film Archive: The Curse of Quon Gwon (1916), the first known feature made by Chinese-Americans, and the Colleen Moore vehicle Her Wild Oat (1927).

The Curse of Quon Gwon remains incomplete: Two 35mm reels were found by filmmaker Arthur Dong while he was researching his documentary Hollywood Chinese; another 10 minutes of 16mm materials have also been restored. Shot in Oakland, Calif., the film was directed by Marion Wong (there were quite a few female film directors during the silent era), who also appears as an actress in it.

In December 2006, The Curse of Quon Gwon was added to the Library of Congress’ National Film Registry. On their website, it is stated that Quon Gwon “shows us that the history of ethnic filmmaking in the United States goes back much further than earlier thought.” That’s a strange remark (even if one ignores the nonsensical “ethnic” label), for Sessue Hayakawa and Tsuru Aoki, though not “filmmakers” per se, were two highly popular East Asian performers in Hollywood movies of the 1910s.

In the Marshall Neilan comedy Her Wild Oat, the 1920s prototypical flapper, Colleen Moore, plays the owner of a small lunch wagon who falls for a duke’s son (Larry Kent), who pretends to be his own chauffeur. With her savings, she pursues him to a resort hotel, where she’s mistaken for a duchess.

According to the Academy’s press release, Moore was the top box office star of 1927 – although such lists should be taken with a (large) grain of salt, Moore was indeed a superstar at the end of the silent era.

She made only a handful of talkies, however, in large part because of personal problems that affected her career at the dawn of the sound era. (Her film producer husband, John McCormick, was an alcoholic who abused her. They were divorced in 1930.) Her most important talkie was the 1933 drama The Power and the Glory, in which she is quite effective as tycoon Spencer Tracy’s neglected wife. Moore’s last film appearance was as Hester Prynne in the little-seen 1934 version of The Scarlet Letter.

A couple of other Colleen Moore films have been discovered in the last few years. So, there should be more Moore screenings in the not-too-distant future.

The Curse of Quon Gwon and Her Wild Oat screenings will be held on March 29, at 7:30 p.m. at the Linwood Dunn Theater on 1313 No. Vine St. in Hollywood. Both films will have live piano accompaniment by Michael Mortilla. Tickets are $5 for the general public and $3 for Academy members and students with a valid ID.