Eurodocs at the Aero

A series of premieres of new European documentaries is currently being presented at the American Cinematheque‘s Aero Theater in Santa Monica. The series, which began last night, runs until Wednesday, Oct. 22.

Among the series’ upcoming films are:

As a plus, there will be wine and cheese receptions in between the films.

Schedule and synopses from the American Cinematheque‘s press release:

Thursday, October 16 – 7:30 PM
Triple Feature:
Los Angeles Premiere! SOURCE OF INSPIRATION, 2008, Sweden, 14 min. Dir. Linda Blomqvist. A documentary about Roland Pantze, a Saami artist living alone in the untouched wilderness of Lapland in northern Sweden. Remote living allows him the undisturbed space for his philosophies on life and a continuous inspiration for his arts. “This story of an artist living in solitude in the wilderness of northern Sweden goes beyond showing the unique heritage of a Saami indigenous person. It captures a lifestyle that inspires a freedom we rarely get to experience anymore.” – Linda Blomqvist

Los Angeles Premiere! VOYAGE IN G MAJOR, 2007, France, 54 min. Dir. Georgi Lazarevsky. Ninety-year-old Aime Helbing has spent his whole life being conservative and practical and has decided that it is time for things to change. He leaves his wife behind and takes off on his dream journey to Morocco, accompanied by his grandson (Lazarevsky). Joined only by a small camera crew, Aime gets to experience a bit of the life that he has always dreamed of. Described as a poetic journey, the film, which premiered at the 2007 SilverDocs Film Festival, “offers the message that one is never too old to embrace life’s joys and challenges.” – Mark Deming, All Movie Guide

Los Angeles Premiere! SOUS LE CHAPITEAU DES PAUWELS, 2008, Belgium, 50 min. Dir. Agnes Bensimon. This documentary lets us into the intimacy of an extraordinary Jewish family: Clowns, musicians and jugglers, these nomads have passed on both heritage, the art of the circus and Judaism from one generation to the other for the last 200 years. What lies in the future for 16-year-old Samuel, a talented juggler himself, now that he has been appointed manager of the circus? This film reveals the magic of this often unknown world. Discussion in between films with director Agnes Bensimon.

Friday, October 17 – 7:30 PM
Double Feature:
Los Angeles Premiere! MARTHA, MEMORIES OF A WITCH, 2007, Italy, 50 min. Dir. Giovanni Calamari. Harsh and imposing like the Dolomites, smooth and fragile like the paths unwinding through the Sciliar Highland, Martha mirrors the ancient mountain environment with its traditions, tales and scented herbs, but also hard work and loneliness. She wanders the Sciliar Highlands in an arduous quest of self-realization, which her fellow villagers call “Martha’s disease,” but the headstrong young woman discovers her magic self. Winner of the 2005 “Autori da scoprire” for Best Story, Calamari was born in Milan and began his film career in 2001. 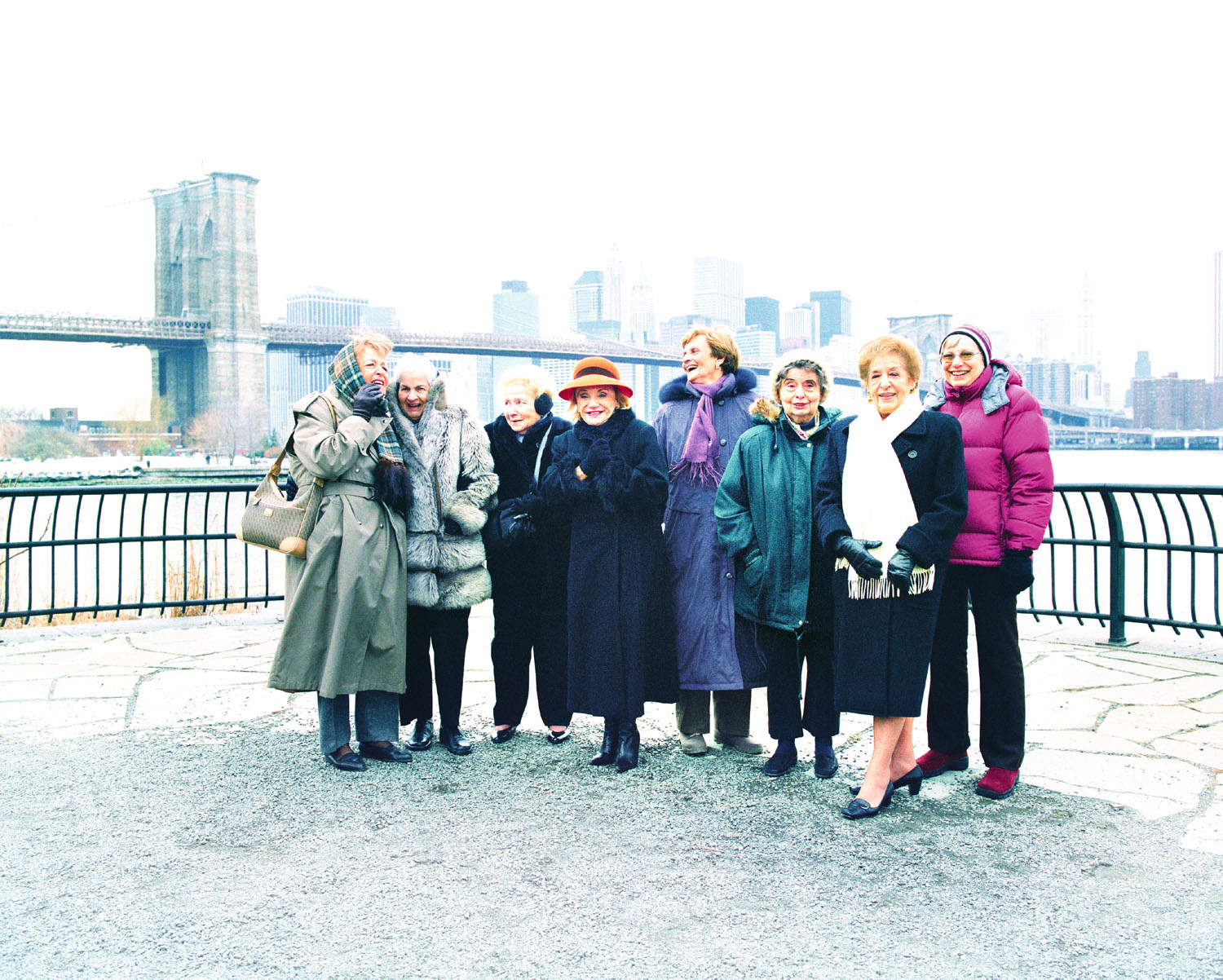 Los Angeles Premiere! VIENNA’S LOST DAUGHTERS, 2007, Austria, 87 min. Director Miriam Unger explores the overlapping lives of eight Austrian women who have lived in New York most of their adult lives. Called “Vienna’s Lost Daughters,” they all grew up Jewish in the city and had to flee in the late 1930s. Unger (whose grandmother had ended up in a psychiatric hospital because of Nazi persecution) explores how the suffering continues on through the generations while also celebrating how the women were able to lead successful, positive lives. Discussion in between films with director Giovanni Calamari (MARTHA, MEMORIES OF A WITCH).

Saturday, October 18 – 7:30 PM
Double Feature:
Los Angeles Premiere! RETURN TO GOREE, 2007, Switzerland, 112 min. Grammy-winning musician Youssou N’Dour embarks on a musical journey around the globe, everywhere from Atlanta to Bordeaux. He is accompanied by his friend, a blind pianist, and the duo immerse themselves in the world of gospel and jazz. The film culminates in a concert in Goree, an island off the coast of Senegal once known as the center of the Atlantic slave trade. The documentary follows N’Dour’s musical journey, as well as the spiritual voyage back to Africa for the musician and the African-American artists who join him.

Los Angeles Premiere! FULL METAL VILLAGE, 2007, Germany, Flying Moon Filmproduktion, 90 min. Dir. Sung-Hyung Cho. This documentary explores the Wacken Open Air Festival, a heavy metal concert gathering in a small German town. Every year during the first weekend in August, the quiet town of Schleswig-Holstein becomes a meeting spot for 40,000 heavy metal fans and the bands that they come to support. A curious clash forms between the rural community and the fans as each person in the town is affected in their own singular fashion by the festival.

Sunday, October 19 – 7:30 PM
Double Feature:
Los Angeles Premiere! HERE’S JOHNNY, 2008, U.K., Animal Monday Productions, 60 min. Dir. Kat Mansoor. The eloquent documentary enters the surreal world of renowned graphic artist Johnny Hicklenton (the comics Judge Dredd and 2000 AD), who is battling the disease multiple sclerosis. Living in an increasing state of immobility and frustration, Johnny escapes the confines of his front room through his artwork. Through the expression of his brilliant and sometimes troubled imagination, we learn about the disease that he cannot escape from. The filmmakers have tracked Johnny’s struggle with MS for six years, and here, in the space of just an hour, give us a powerful, painful and humorous portrait of Johnny.

Los Angeles Premiere! THE GREAT COMMUNIST BANK ROBBERY, 2004, Romania/France, 70 min. Dir. Alexandru Solomon. A 1959 robbery of the Romanian National Bank in Bucharest became a chilling piece of proto-reality television – Stalinist style. Authorities arrested six suspects – all high-ranking members of the nomenklatura – who agreed to re-enact their confessed crimes in a filmed “docudrama.” Despite possible expectations of a pardon, the robbers were executed. Alexandru Solomon’s film is both a bizarre re-creation of a crime in which the motive is still difficult to fathom and an astonishing evocation of a lost world of Romanian Stalinism. Official Website. 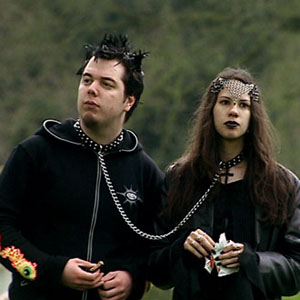 Wednesday, October 22 – 7:30 PM
Double Feature:
Los Angeles Premiere! PRETPARK NEDERLAND, 2006, The Netherlands, 90 min. In his trademark tongue-in-cheek style, director Michiel van Erp explores what the citizens of the Netherlands like to do with their spare time, from Gay Pride Amsterdam to a Chocolate Festival and even an Elf Fantasy Fest. Focusing on the mechanics of the Dutch tourism industry, the film follows the organizers and key figures behind events and destinations. This includes everyone from the director of the Efteling theme park creating a new ride to a manager of an outlet store preparing for a Christmas sale. An amusing, sometimes disquieting look at how the Dutch spend vacation and leisure time.

Los Angeles Premiere! ZUOZ, 2007, Principality of Liechtenstein, 71 min. Dir. Daniella Marxer. A trip to a boarding school in the snowy Swiss mountains, where youngsters coming from the most fortunate and influential families in the world live lives apart from each other. Marxer shows us the day-to-day life at school, ruled by old and traditional values that hide everlasting power struggles in a golden microcosm. Originality is not tolerated and threatens the system of the community