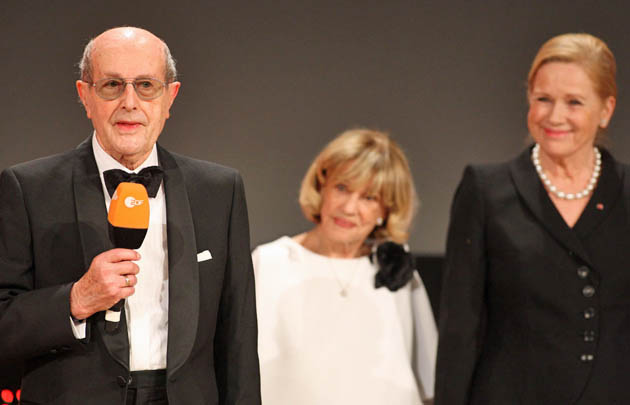 Written and directed by Cristian Mungiu, the stark Romanian abortion drama 4 Months, 3 Weeks and 2 Days was named the Best European Film of 2007 at the 20th European Film Awards ceremony, held on Dec. 1 at the Arena Berlin.

Fatih Akin was the Best European Screenwriter for the psychological drama The Edge of Heaven, featuring a handful of intertwining stories set in both Germany and Turkey, in both the present and the past – in addition to the presence of veteran Hanna Schygulla. See further below the full list of 2007 European Film Award winners and nominations.

How could that be? Besides the fact that movies open at different dates in different parts of the planet, the European Film Academy – unlike the Beverly Hills-based Academy of Motion Picture Arts and Sciences – doesn’t follow the calendar year for its nominations. Hence, several late 2006 releases can be found in the running this year. 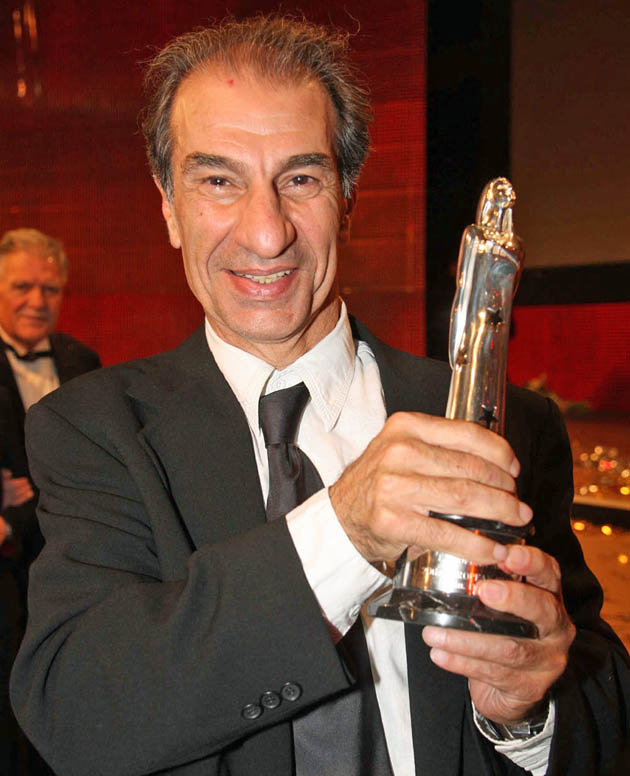 Sasson Gabai at the European Film Awards: This year’s Best European Actor winner was Baghdad-born Israeli performer Sasson Gabai for Eran Kolirin’s comedy-drama The Band’s Visit, about a group of Egyptian musicians from the Alexandria Ceremonial Police Orchestra who, as a result of a translation mix-up, end up stranded in a small town in Israel’s Negev Desert. But how could an Israeli be named Best European Actor? It’s simple: According to some curious rules, Israelis and Palestinians (but not, e.g., Syrians, Iraqis, or Lebanese) are considered award-eligible “Europeans.”

The European Film Awards’ Best Actor was Sasson Gabai for Eran Kolirin’s comedy-drama The Band’s Visit – winner of the European Discovery award, the top pick of Israel’s 2007 Ophir Awards, and that country’s original submission for the Best Foreign Language Film Oscar. (Due to an excess of English-language dialogue, The Band’s Visit eventually had to be replaced by Josef Cedar’s Beaufort.)

As an American, Forest Whitaker was, however absurdly, ineligible for the Best (European) Actor award for his acclaimed performance as former Uganda dictator Idi Amin Dada in Kevin Macdonald’s 2006 drama The Last King of Scotland, which received five euronominations: Best Film, Best Director, Best Actor (James McAvoy, who was all but ignored across the Atlantic), Best Cinematographer (Anthony Dod Mantle), and Best Composer (Alex Heffes). Macdonald’s film failed to win any trophies.

On the other hand, Tom Tykwer’s period thriller Perfume: The Story of a Murderer won two awards: for cinematographer Frank Griebe and, in the generic Prix d’Excellence (crafts) category, for production designer Uli Hanisch. 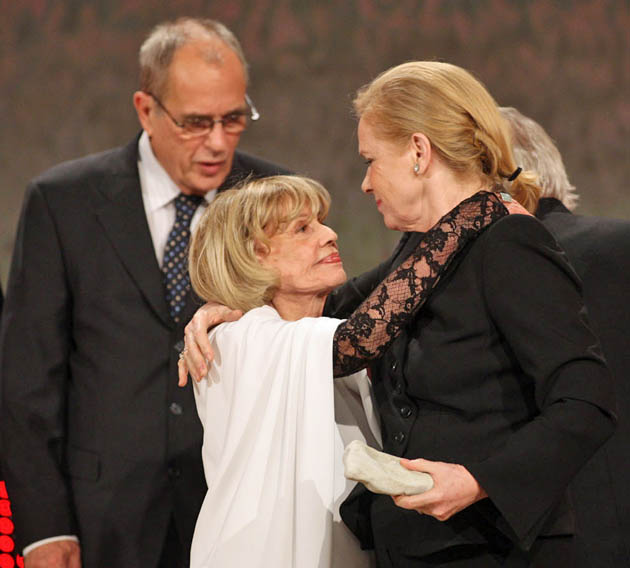 Jeanne Moreau and Liv Ullmann, with Fanny and Alexander producer Jörn Donner at the European Film Awards. Despite more than a century of films and television productions between them – totaling several hundred titles – actresses/filmmakers Jeanne Moreau and Liv Ullmann have never worked together either in front of or behind the camera. As for Ullmann and Jörn Donner, besides their indirect Ingmar Bergman connection, they were both seen in Stefan Jarl’s The Bricklayer, a 2002 documentary about actor Thommy Berggren. In addition, Donner directed the 1975 doc Three Scenes with Ingmar Bergman, in which Ullmann is also seen.

In attendance at the Berlin ceremony were veterans Liv Ullmann (The Emigrants, Face to Face), Jeanne Moreau (The Lovers, La Notte), and Wim Wenders (The American Friend, Wings of Desire), among others. Actors Emmanuelle Béart and Jan Josef Liefers hosted the event.

And finally, the Audience Award for Best European Film went to Giuseppe Tornatore’s mystery thriller The Unknown Woman, starring Best European Actress nominee Kseniya Rappoport as the titular Ukrainian ex-prostitute now working as a nanny at the home of a well-to-do Italian family.

The 2007 European Film Award nominations had been announced at the Seville Film Festival on Nov. 3. 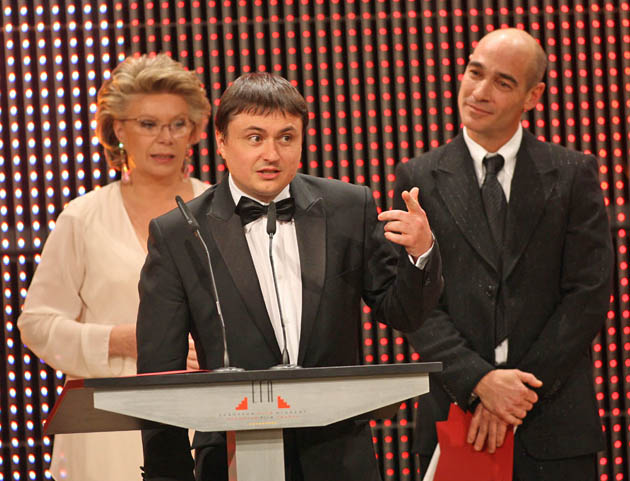 The Last King of Scotland, U.K.
Directed by Kevin Macdonald. 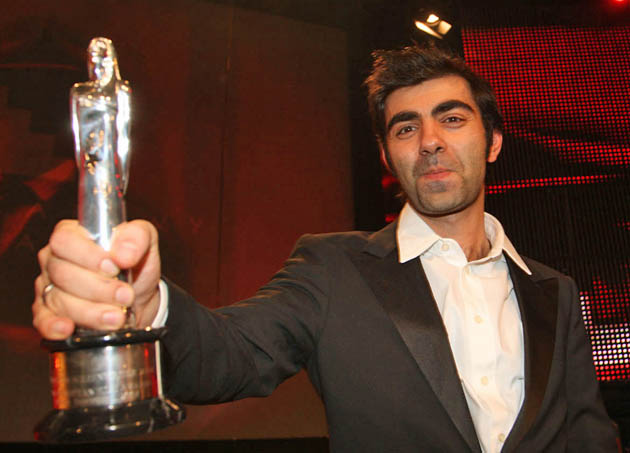 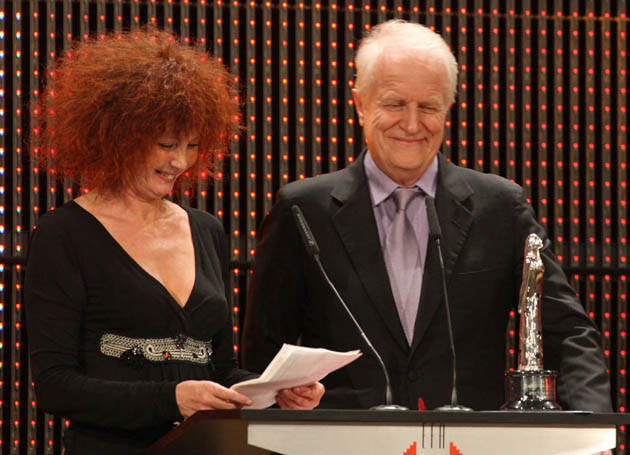 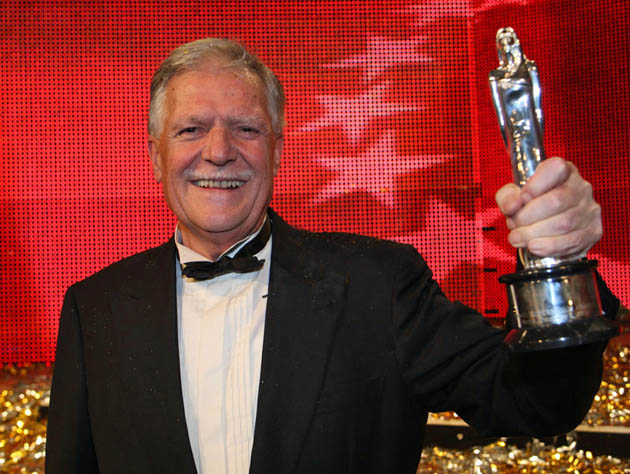 Michael Ballhaus at the European Film Awards. European Achievement in World Cinema Award recipient Michael Ballhaus has worked on more than 120 film and TV productions since the late 1950s. At least in the U.S., he is best known for his collaborations with Martin Scorsese (e.g., Goodfellas, The Age of Innocence), in addition to Mike Nichols’ Working Girl and Postcards from the Edge, Francis Ford Coppola’s Dracula, and Robert Redford’s Quiz Show. Yet some of the Berlin-born cinematographer’s very best work can be found in his earlier collaborations with Rainer Werner Fassbinder (e.g., Despair, Lili Marleen).

Fourth of July Movies: Escapism During a Weird Year