‘Eye of the Tiger’ Band Survivor Lawsuit vs. Christian Extremists 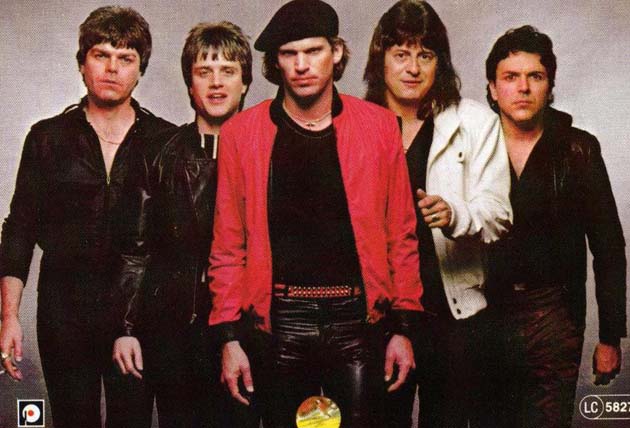 Without previous authorization, “Eye of the Tiger” was loudly played in the background of the circus show – large wooden crosses and all – staged after Davis’ release from jail. She had spent all of five days in prison for refusing to issue marriage licenses to gay couples following the U.S. Supreme Court ruling legalizing same-sex marriage.

Yesterday (Sept. 8), the day of Davis’ release, Survivor issued the following statement on their Facebook page:

NO! We did not grant Kim Davis any rights to use ‘My Tune -The Eye Of The Tiger.’ I would not grant her the rights to use Charmin! C’mom Mike, you are not The Donald but you can do better than that -See Ya really SoooooooonnnnnnN!!!!!!

The song has motivated thousands through the years to reach beyond their limits. Its use for the release of Kim Davis does not support my views or my politics.

Scott Walker vs. The Dropkick Murphys

The Survivor vs. Kim Davis-Mike Huckabee to-do is hardly the first of its kind. Earlier this year, at a conference featuring far-right Wisconsin governor Scott Walker, The Dropkick Murphys’ “I’m Shipping Up to Boston” was heard in the background.

At the time, the band tweeted:

Back in the ’80s, at the time of U.S. Republican president Ronald Reagan’s reelection campaign, “the people” behind the former Warner Bros. contract player (Kings Row, Tugboat Annie Sails Again) decided that Bruce Springsteen – whose song “Born in the USA” had become a major hit – should himself be used as a campaign tool. Needless to say, the liberal Springsteen was none too happy.

Ah, and a mere three years ago, Survivor themselves sued another far-right Republican presidential hopeful, Newt Gingrich, who had “Eye of the Tiger” played at his campaign stops.

Can Survivor win the lawsuit?

Mike Huckabee and Kim Davis had no permission to use the song, bottom line. This whole incident is in the national public spot light right now, and Huckabee is running for president; he should have known better.

Back in August 2012, Newt Gingrich opted to settle the “Eye of the Tiger” lawsuit, rather than bring it to court. According to The Hollywood Reporter, other songwriters irked by Republicans using their songs to plug themselves include Jackson Browne, Jon Bon Jovi, Heart, the Foo Fighters, Van Halen, John Mellencamp, Tom Petty, and K’naan.

According to Boxofficemojo.com, Rocky III took in an impressive $125.04 million in North America. That represents about $354 million today.

“Eye of the tiger” band Survivor album back cover: EMI.

‘The Dark Knight Rises’ lone terrorist gets life in prison

Aug. 7: The man who killed 12 people and injured 70 others at a July 2012 screening of The Dark Knight Rises in Aurora, in the Greater Denver area, has been sentenced to life in prison without possibility of parole. The sentence was announced today. Some were expecting that 27-year-old James Holmes was going to get the death penalty.

According to Mother Jones, the jury deliberated for less than seven hours. The Aurora tragedy is one of the worst mass shootings in U.S. history.

As of February 2015, pre-trial expenses in the case against the TDKR mass murderer cost state taxpayers $5.5 million. The trial itself was expected to cost several million dollars more.

Following the verdict, Colorado Democratic Rep. Jovan Melton tweeted about the jury’s decision and the death penalty in his state:

Today’s verdict proves again that the Death Penalty is arbitrary. Only people on Death row in CO are black. It has no place in CO.

Although an undeniable box office hit in North America, The Dark Knight Rises fared far more modestly than its predecessor, The Dark Knight (2008): $448.13 million vs. $534.85 million. Whether or not the mass shooting had anything to do with the film’s somewhat disappointing domestic performance is debatable.

Shortly after the shooting, Nolan released a statement that read in part:

Speaking on behalf of the cast and crew of The Dark Knight Rises, I would like to express our profound sorrow at the senseless tragedy that has befallen the entire Aurora community. … The movie theater is my home, and the idea that someone would violate that innocent and hopeful place in such an unbearably savage way is devastating to me. Nothing any of us can say could ever adequately express our feelings for the innocent victims of this appalling crime, but our thoughts are with them and their families.

Below: Amy Schumer on gun control.

A couple of months after the Dark Knight Rises massacre, a Missouri man was arrested after threatening to commit a mass shooting at a screening of Bill Condon’s The Twilight Saga: Breaking Dawn – Part 2, the final installment in the popular movie franchise starring Kristen Stewart, Robert Pattinson, and Taylor Lautner.

And in late July 2015, an Alabama man killed two people and injured nine others at a Lafayette, Louisiana, screening of the Judd Apatow-Amy Schumer comedy Trainwreck.

Schumer and her cousin Charles Schumer, a New York Democratic lawmaker, recently called for tougher gun control regulations. “We never know why people choose to do these painful things,” the stand-up comedian-turned-movie star stated, “but sadly we always find out how.”

At a radio show sponsored by the all-powerful National Rifle Association, which remains adamant that only more firearms can keep Americans safe from the danger of firearms, a right-wing commentator accused Schumer of using the incident to further her career. 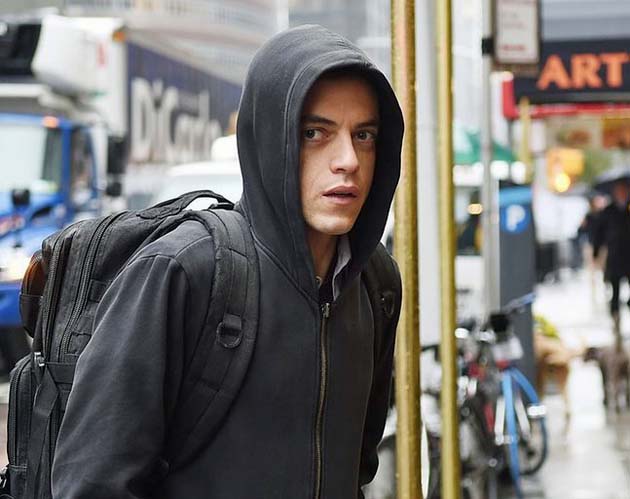 August 26: The day after a gun-toting 14-year-old male held hostage 29 students and a teacher at West Virginia’s Philip Barbour high school, on Aug. 26, ’15, journalists Alison Parker and Adam Ward of the Roanoke, Virginia, WDBJ-TV station were shot dead on live television. The murderer – who shot himself after being pursued by police – was identified as former WBDJ journalist Bryce Williams (a.k.a. Vester L. Flanagan II).

As a result of the double murder on live TV – which, although the circumstances were different, brings to mind Sidney Lumet and Paddy Chayefsky’s Network – the USA cable network has decided to postpone the showing of this season’s final episode of the series Mr. Robot. According to a statement issued by USA, a similar incident takes place in the show. The statement reads in part:

The previously filmed season finale of Mr. Robot contains a graphic scene similar in nature to today’s tragic events in Virginia. Out of respect to the victims, their families and colleagues, and our viewers, we are postponing tonight’s episode.

A repeat run of last week’s penultimate episode will air tonight. The Mr. Robot season finale will be shown one week later, Sept. 2.

Gun violence in the U.S.

According to the Gun Violence Archive, firearms were used to kill 8,486 people in the United States so far this year (up to Aug. 26, ’15).

The all-powerful gun lobby and their right-wing supporters, who are against background checks for firearm buyers, insist that only more firepower in schools, churches, movie theaters, etc. would help to abate gun violence.

In Mr. Robot, Rami Malek (The Master, The Twilight Saga: Breaking Dawn – Part 2) plays a cyber-security expert who is lured by a mysterious anarchist named Mr. Robot (Christian Slater) to hack into the computer system of the corporation where he holds his daytime job.