For starters, TCM is showing Henry King’s Tender Is the Night (1962), Jennifer Jones’ swan song as a major movie star. Jones, then 42 or so, was criticized for being too old to play the film’s young heroine, Nicole Diver. Perhaps, but she remains one of the most underappreciated performers of the studio era and, along with fellow veteran Joan Fontaine in a supporting role, she is a key reason for people to check out the film.

Coincidentally, I’m currently reading Richard Buller’s biography of silent film actress Lois Moran (the young daughter in the 1925 version of Stella Dallas), who befriended F. Scott Fitzgerald in the late 1920s and was the inspiration for the character of Rosemary in Tender Is the Night, played in the film version by Jill St. John – who had absolutely nothing in common with the fragile-looking Moran.

Up next is the filmization of Fitzgerald’s The Last Time I Saw Paris (1953), adapted by director Richard Brooks and Casablanca screenwriters Julius J. Epstein and Philip G. Epstein. Not well received upon its release, The Last Time I Saw Paris is chiefly notable because of Joseph Ruttenberg’s color cinematography. Van Johnson, Elizabeth Taylor, Donna Reed, and Walter Pidgeon star.

Besides Tender Is the Night and The Last Time I Saw Paris, among the relatively few film versions of F. Scott Fitzgerald works are the following:

Most recently, David Fincher directed Brad Pitt and Cate Blanchett in the Oscar-nominated hit The Curious Case of Benjamin Button, loosely based on a 1922 Fitzgerald short story. 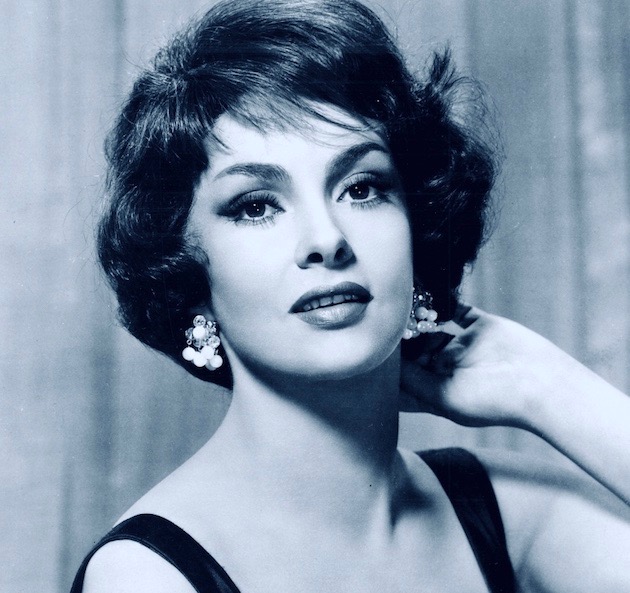 Gina Lollobrigida: Wife for a Night follows F. Scott Fitzgerald on TCM. One of the relatively few non-Hollywood names to become worldwide superstars, Gina Lollobrigida was seen in dozens of Italian and international productions throughout the 1950s and 1960s. Besides Wife for a Night, among her best-known star vehicles of the ’50s – usually emphasizing her earthy, voluptuous sensuality – were the fantasy Beauties of the Night (1952), as one of the titular characters haunting Gérard Philipe; the international sensation Bread Love and Dreams (1954), opposite Vittorio De Sica; and Robert Siodmak’s Flesh and the Woman (1954), in a double role.

From F. Scott Fitzgerald to Gina Lollobrigida: ‘Wife for a Night’

Turner Classic Movies goes from F. Scott Fitzgerald to Gina Lollobrigida, who can be seen opposite Gino Cervi, Nadia Gray, and Armando Francioli in Mario Camerini’s period comedy Wife for a Night / Moglie per una notte (1952).

The somewhat complex plot has a late-19th-century count (Cervi) believing that the beautiful woman he’s about to seduce is the wife of a poor composer (Francioli), when in reality she’s an experienced courtesan (Gray) pretending to be the soon-to-be-unfaithful wife so the count will be compelled to finance her “husband’s” opera.

As it happens, the composer grows a little too attached to his “wife,” who, as it also happens, would love to, even if just for a night, experience what’s like to live a “normal life” – i.e., be married to someone who loves her. Will her dream come true?

Wife for a Night predates Billy Wilder’s similarly themed Kiss Me Stupid (1964) by more than a decade: both are based on Anna Bonacci’s 1944 play The Dazzling Hour / L’ora della fantasia.

Whether or not it’s superior to Wilder’s unsubtle modern-day comedy starring Dean Martin, Kim Novak, Ray Walston, and Felicia Farr, Wife for a Night sounds like a must.

One of the most renowned and influential filmmakers of the silent era, Rex Ingram will be represented this evening by Mare Nostrum (1926), an overlong but great-looking adaptation of Vicente Blasco Ibáñez’s novel. Antonio Moreno (unfortunately, instead of Ingram’s male muse Ramon Novarro) plays Ulysses Ferragut, a boat captain enamored of the mysterious blonde Freya Talberg (Ingram’s wife Alice Terry), who turns out to be a Mata Hari-like German spy.

From what I’ve read, Antonio Moreno’s private life was much more lively than his by-the-book performances, but Alice Terry, one of the most underrated and most naturalistic actresses of yore, shines as Freya. Terry herself believed that Mare Nostrum featured the best work of her career.

As a plus, Ingram’s pictorial virtuosity can be attested throughout the film, reaching its apex in the unabashedly romantic final scene.

Though not nearly as big a blockbuster as The Four Horsemen of the Apocalypse, a previous Blasco Ibáñez film adaptation directed by Ingram, Mare Nostrum became a worldwide hit, earning MGM $1.2 million (net) – or about $40 million today. However, because of its high production costs – $816,000, not including marketing and distribution expenses – this elaborate Ingram production ended up losing the studio $67,000 (approx. $2 million today). 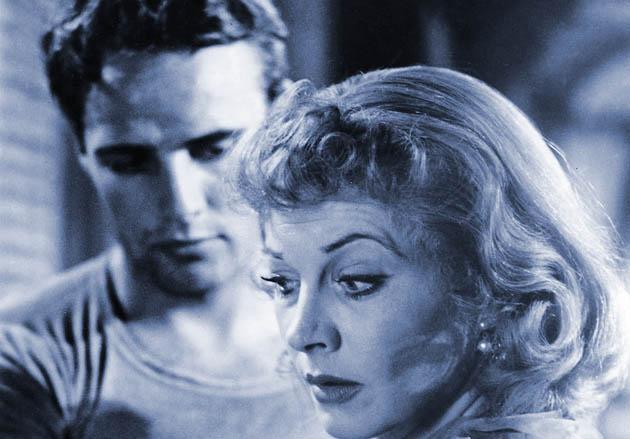 Vivien Leigh & Patricia Neal on TCM: ‘A Streetcar Named Desire’ & ‘A Face in the Crowd’

Dec. 6: “The Attack of the Small Screens” is the next chapter in Turner Classic Movies’ seven-part, Christopher Plummer-narrated documentary miniseries Moguls & Movie Stars: A History of Hollywood. “The Attack of the Small Screens,” which explains how television got perilously close to destroying the movies in the late 1940s and early 1950s, will be shown twice tonight, at 5 and 8 p.m. PT.

In truth, at that time Hollywood was being attacked not only by Milton Berle and I Love Lucy but also by the U.S. government: right-wingers went after liberals and “Reds,” while the antitrust Feds – apparently in hibernation in the early 21st century – demanded that the studios divest themselves from their exhibition arms.

Accompanying “The Attack of the Small Screens” are four representative releases from the 1950s, when “more mature” films dominated the screens. No, not That’s My Boy, Father of the Bride, The Robe, The Greatest Show on Earth, The Ten Commandments, How to Marry a Millionaire, Attack of the Crab Monsters, or Gidget.

We’re talking serious (and not all that serious) stuff in black and white: Delbert Mann’s Palme d’Or and Academy Award winner Marty, Elia Kazan’s A Streetcar Named Desire and A Face in the Crowd, and Alexander Mackendrick’s Sweet Smell of Success.

Marty (1955) is particularly relevant here because before it became a movie starring Best Actor Oscar winner Ernest Borgnine and featuring Best Supporting Actress nominee – and for a time blacklistee – Betsy Blair, it was a television play written by Paddy Chayefsky, with Rod Steiger as the Bronx butcher who finds love in an unexpected place.

Despite the censors’ scissors, A Streetcar Named Desire (1951), which Tennessee Williams adapted from his own play, is Elia Kazan’s best movie by far and one of the greatest American movies ever made.

Marlon Brando is the actor most people associate with the film, but as far as I’m concerned A Streetcar Named Desire fully belongs to Vivien Leigh’s delicately unbalanced Blanche DuBois, a role she had originally created in London’s West End. (Jessica Tandy played Blanche on Broadway.)

A commercial disappointment at the time of its release, the reputation of Alexander Mackendrick’s Sweet Smell of Success (1957) has grown with the passing of the years. Clifford Odets and Ernest Lehman came up with an intriguing story about an ambitious publicist (Tony Curtis) and his relationship with an unscrupulous Walter Winchell-type (Burt Lancaster), but Mackendrick’s handling of it veers toward the overly dramatic.

That is somewhat surprising when one remembers that the director was responsible for some effective light-hearted fare on the other side of the Atlantic, e.g., Whisky Galore! and The Man in the White Suit.

In the opinion of some, A Face in the Crowd (1957) features one of Patricia Neal’s greatest performances. Andy Griffith stars as the folksy TV personality who evolves into the populist icon of the amoeba-brained masses, which, both tragically and dangerously, seem to never either learn or die out.

‘The Attack of the Small Screens’

Image of Jennifer Jones in the film version of F. Scott Fitzgerald’s Tender Is the Night: 20th Century Fox, via Pinterest.

WIFE FOR A NIGHT’s storyline sounds similar to that of Billy Wilder’s KISS ME STUPID (1964).