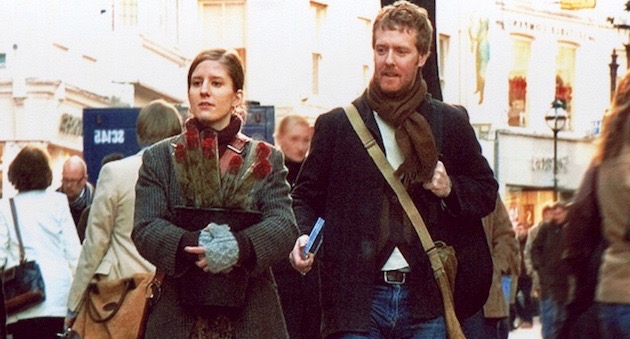 Several days ago, questions arose about the song’s eligibility (see further below) because, as reported by Una Mullally in the Dublin Sunday Tribune, before Once came out different versions of “Falling Slowly” had been featured in two music albums and in the trailer of Jan Hrebejk’s 2006 Czech movie Beauty in Trouble / Kráska v nesnázích.

Last night (Jan. 29), however, film composer Charles Bernstein (Cujo, A Nightmare on Elm Street), Chairman of the Academy of Motion Picture Arts and Sciences’ Music Branch Executive Committee, announced that “Falling Slowly” does indeed qualify as an “original song” written specifically for Once.

As found in the New York Times, Bernstein stated that the committee “has met and endorsed the validity of ‘Falling Slowly’ as a nominated achievement. The committee relied on written assurances and detailed chronologies provided by [the] songwriter of ‘Falling Slowly,’ the writer-director of Once and [U.S. distributor] Fox Searchlight.

“The genesis of the picture was unusually protracted, but director John Carney and songwriter Glen Hansard were working closely together in 2002 when the project that became Once was discussed. ‘Falling Slowly’ began to be composed, but the actual script and financing for the picture was [sic] delayed for several years, during which time Mr. Hansard and his collaborator Markéta Irglová played the song in some venues that were deemed inconsequential enough to not change the song’s eligibility.”

Bernstein added that the Academy “needed to address whether the song was written specifically for the film and the second issue was whether it had been played prior to the inclusion in the film – did this constitute a reason to ineligible-ize it. The first issue was satisfied by a [sic] sworn statements attesting to the fact that it was written for the film along with a chronology, and the second issue was settled by the fact that it had only been performed in Europe and [sic] the Czech Republic and not in a way that would have given it advantage or influence here.”

Now that its eligibility has been confirmed, “Falling Slowly” is the odds-on favorite in the 2008 Oscars’ Best Original Song category. Its competitors are three songs from Walt Disney Pictures’ Kevin Lima-directed romantic fantasy (and international box office hit) Enchanted and one song from Kirsten Sheridan’s music drama August Rush.

In The Vast Picture Show, [Dublin] Sunday Tribune film critic Paul Lynch reports that Glen Hansard and Markéta Irglová’s “Falling Slowly,” from John Carney’s Irish romantic musical Once, may be ineligible for the 2008 Best Original Song Academy Award. The Academy has been apparently investigating the issue.

“The Sunday Tribune understands that the Academy query relates to whether the song, from the John Carney-directed movie Once, was written specifically for the film, as the eligibility rules for the Best Original Song category demand. ‘Falling Slowly’ was originally recorded by the film’s co-stars Glen Hansard and Markéta Irglová when Czech director Jan Hrebejk asked the two musicians to contribute songs to his 2006 film Kráska v nesnázích (Beauty In Trouble). Hansard and Irglová ended up recording the album ‘The Swell Season,’ of which ‘Falling Slowly’ was a key track. That album was released in April 2006. Hansard’s band, The Frames, then rerecorded the song for their September 2006 album ‘The Cost.’ Beauty In Trouble was released in October 2006, with ‘Falling Slowly’ played almost in full over the film’s trailer. The rules for eligibility in the Best Original Song category state that: ‘An original song consists of words and music, both of which are original and written specifically for the film.’ The rules go on to state: ‘The work must be the result of a creative interaction between the filmmaker(s) and the composer(s) or songwriter(s) who have been engaged to work directly on the film.’”

The Oscars’ eligible vs. ineligible music

“Falling Slowly” hasn’t been the only composition to have had its eligibility reviewed by the Academy this year.

Before the 2008 Oscar nominations were announced, Jonny Greenwood’s score for Paul Thomas Anderson’s There Will Be Blood was deemed ineligible because a chunk of the music hadn’t been originally composed for the film.

And to think that about 65 years earlier – at the February 1942 Oscar ceremony – eyebrows were raised when Jerome Kern and Oscar Hammerstein II’s classic “The Last Time I Saw Paris,” sung by Ann Sothern in Norman Z. McLeod and Busby Berkeley’s MGM musical comedy Lady Be Good, went on to win the Best Original Song Oscar even though the song had come out in 1940.

And then you have the case of Nino Rota back in early 1973, when his score for Francis Ford Coppola’s mafia drama The Godfather had its nomination rescinded once the Academy found out that some of the music had been previously used in Rota’s own score for Eduardo De Filippo’s 1958 comedy Fortunella.

Rota’s The Godfather score was replaced by Charles Chaplin’s music for his own 1952 comedy-drama Limelight – the next title in line in the Best Original Score category. Officially eligible because it had finally had its Los Angeles area debut in 1972, Limelight turned out to be the Academy’s choice that year. 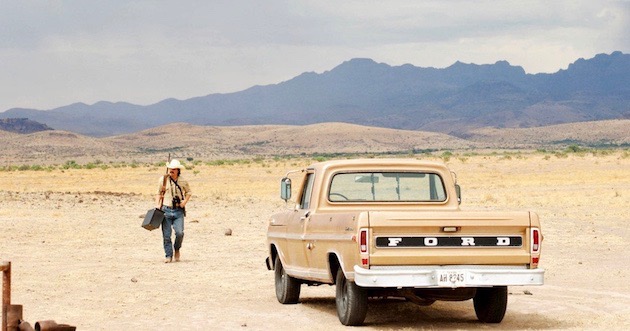 No Country for Old Men: Edited by “Roderick Jaynes.” In the last quarter of a century or so, the joined-at-the-hip Coen brothers have mostly opted for funky film-credit attributions: up until The Ladykillers (2004), Joel Coen received solo credit as director, Ethan Coen solo credit as producer, both Coens as screenwriters, and the Coens’ pseudonym “Roderick Jaynes” as film editor. Joint Coen Bros. credits have become the norm in the producing, directing, and screenwriting departments, but the elusive “Roderick Jaynes” remains their credited – and now two-time Oscar-nominated – editor (Fargo, 1996; No Country for Old Men, 2007).

Below are listed a couple of upcoming American Cinematheque events to be held at the historic Egyptian Theatre in Hollywood:

The American Cinema Editors’ seminar “Invisible Art, Visible Artists” will take place at 10 a.m. on Saturday, Feb. 23. The scheduled participants are the 2008 Oscar nominees in the Best Film Editing category:

Featuring this year’s Oscar-nominated art directors and set decorators, the Art Directors Seminar, moderated by Art Directors Guild President Thomas A. Walsh, will take place at 2:30 p.m. on Saturday, Feb. 23. The scheduled participants are the following:

Both the American Cinema Editors’ and the Art Directors’ seminars are free. Tickets will be available at the Egyptian’s box office on the day of the seminars. The Egyptian Theatre is located at 6712 Hollywood Boulevard in Hollywood. For more information, visit the American Cinematheque website. 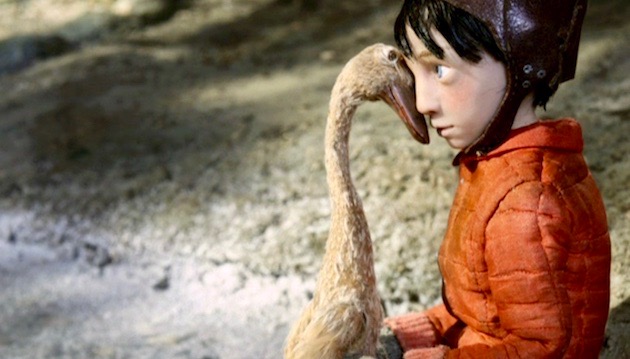 The Academy of Motion Picture Arts and Sciences will present this year’s Animated and Live Action Short Film Oscar nominees on Tuesday, Feb. 19, at 7 p.m. at the Samuel Goldwyn Theater in Beverly Hills. The program will feature onstage discussions with the nominated filmmakers (subject to availability).

The nominated titles are the following:

Tickets are $5 for the general public and $3 for Academy members and students with a valid ID. The Samuel Goldwyn Theater is located at 8949 Wilshire Boulevard in Beverly Hills. For more information, call the Academy at (310) 247-3600 or visit www.oscars.org/events.

The 2008 Academy Awards ceremony is scheduled for Sunday, Feb. 24, at the Kodak Theatre at Hollywood & Highland Center in Los Angeles.

Love film “Once”. How can you not? If you have not watched it yet get it and watch it soon. Love it! Love this song and all the songs in the movie. Great job! Thanks!