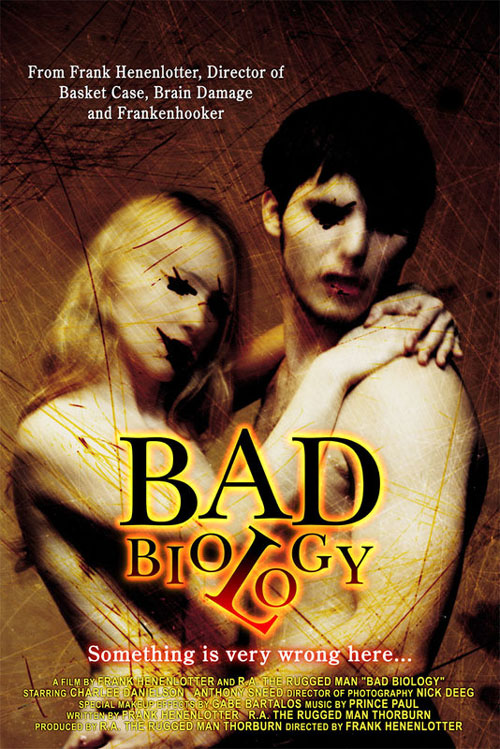 The eclectic range of the festival’s selections is sure to appeal to any filmgoer. On any given day you could see a martial arts film from Japan, a documentary from the US, a horror flick from Italy. Most of the features are preceded by shorts from around the world and many are hosted by either the films’ directors, screenwriters, or actors.

For instance, Dario Argento’s La Terza madre / Mother of Tears, the third film in the director’s Mother trilogy (Suspiria and Inferno were the first two), was hosted on July 5 at midnight by the film’s star, Coralina Cataldi-Tassoni. The world premiere of The Midnight Meat Train on July 19 will be hosted by director Ryuhei Kitamura, while director Yam Laranas will be present at the world premiere of the English version of The Echo on July 17.

It is impossible to name all the screenings at the Fantasia festival, but here are some of the highlights:

Machine Girl
Directed by Iguchi Noboru, Katuade Mashin Garu / Machine Girl is a Japanese revenge film with its main character, Ami, seeking revenge on the Yakuza gang responsible for violence against her and her family. Ami’s hand gets chopped off and she has it replaced by a quite lovely machine gun. Machine Girl offers ninjas, torture, flying guillotines, and a drill bra. It played July 4.

What We Do Is Secret
This film will be hosted by director Rodger Grossman. Its focus is on the ’70s L.A. punk scene, particularly on the short-lived band The Germs and their leader Darby Crash. The Germs are said to be one of the firs hardcore groups to come out of that period – their lead guitarist Pat Smear was added to Nirvana a year before Kurt Cobain’s death. (Smear also taught the film’s actors how to play the band’s music.) It took the director more than 10 years to get What We Do Is Secret made the right way. It played on July 6.

Fear(s) of the Dark (www.fearsofthedark-themovie.com)
Making its Canadian premiere, Peur(s) du noir / Fear(s) of the Dark was an official selection at the Sundance Film festival. Several of the world’s most talented artists got together to give this project life, among them: from France, Blutch, Marie Baillou, and Pierre di Sciullo; from Italy, Lorenzo Mattotti; and from the US, Charles Burns and Richard McGuire. Each artist was given complete creative freedom in this black-and-white animated feature. Fear(s) of the Dark plays on July 7 and July 9.

Bad Biology
Canadian premiere hosted by director/co-writer Frank Henelotter (Brain Damage, Frankenhooker) and co-writer/producer R.A. Thorburn (a.k.a. rapper R.A. the Rugged Man). Bad Biology is about Jennifer (Charlee Danielson) who has seven clits and a highly intense sex drive that sometimes makes her violently kill her mates. Compounding matters, she also has an irregular metabolism, so that if she gets pregnant the fetus will grow and be birthed in a matter of several crazy minutes. But this is actually a love story. In Jennifer’s neighborhood lives a boy with similar problems. He has a mutated penis into which he has been injecting animal tranquilizers to calm it down as the penis seems to have a mind of its own. Bad Biology plays on July 11.

Flick
The North American premiere of this British film will be hosted by director/writer David Howard and producer Rick Hall. Flick begins in the ’50s, following Johnny, a fan of both girls and rockabilly. One time, when Johnny asks Sally to dance he is interrupted by Sally’s boyfriend, the leader of a local gang. Johnny is murdered. In the present, a Memphis cop on a “professional exchange” in Wales is on the case, when Johnny’s car resurfaces – with Johnny still at the wheel. Before any paperwork can be done, Johnny’s corpse wakes up to a radio playing his beloved rockabilly. He goes home to his mom and then begins to plot his revenge on the gang – and to go after Sally. Also, the cop has one wooden arm and is played by Faye Dunaway. Flick plays on July 14.

The End
The Montreal premiere of this creative, low-budget Canadian neo-film noir will be hosted by director, writer, and actor Jeremy Thomas. The End tells the story of teacher Joseph Rickman (Thomas), who has not been the same after having a premonition that led him to save a girl’s life. Rickman has come to the conclusion that everything in life has been predetermined and that his entire life was predestined. He tries to explain his thoughts to those close to him, who then treat him as if he is borderline schizophrenic. There is also a ghostly stranger lurking about the town, whose appearance coincides with several disappearances. Detective Clara Wilkie (Ella May) believes that Rickman’s psychic abilities can help solve the case. The End was an official selection at Cinequest and plays on July 15.

Red
Directed by Trygve Allister Diesen and Lucky McKee, Red stars Brian Cox as Avery, a widower who finds comfort in his best friend, the dog Red. One day, when Avery and Red go for a walk they run into a group of teens who, for kicks, rob Avery and then kill Red. Avery seeks out one of the kids and demands an apology, but the kid denies everything while his rich family and their attorney back him up. As a result, Avery takes justice into his own hands. Red, however, is not a blood fest, focusing instead on Avery’s suffering and the value of life. It plays on July 15.

Rule of Three
The world premiere of this thriller will be hosted by director/writer Eric Shapiro, co-writer/actor Rhoda Jordan, and actor Rodney Eastmen. Rule of Three takes place almost entirely in one motel room over three different timelines. Initially, we see Jon Morrow (Ben Siegler) returning to the motel where his daughter – missing for weeks, with no clues – was last seen. Morrow is beginning to lose his mind and always carries a gun. This time, an unsigned note is left on his car. Weeks before, we are shown Morrow’s daughter and her boyfriend checking into the room. Hours before that, we see a nervous businessman/dope dealer in the same room playing a game of cards. The tension builds as the three stories unfold to reveal the truth. This nail-biter premieres on July 16.

Who Is KK Downey?
The Canadian premiere of Who Is KK Downey? – which also happens to be a Canadian production – will be hosted by actors/directors Darren Curtis and Pat Kiely. The film chronicles the ups and downs of two highly ambitious friends, a writer (Matt Silver) and a musician (co-director Curtis). The writer has struggled for years to get his book ready for publication, so when he is told that no one wants to read a “story from a soft, pampered suburban white boy” he gets his musician friend to impersonate the book’s main character, the freakish K.K. Downey. Of course, Downey becomes wildly popular and everything spins out of control. Who Is KK Downey? has won awards at Cinequest and the Boston Underground film fests. And Scott Thompson is in it. It plays on July 17.

Repo! The Genetic Opera
The world premiere of this rock opera will be hosted by director Darren Lynn Bousman (previously of the Saw franchise). Repo! The Genetic Opera is set in a world where organs are leased out to patients by the Geneco corporation. If a patient misses a payment, the Repo Man Nathan (Anthony Stuart Head) is sent out to collect the organ. Nathan is a tragic antihero, who is doing the job only to save his sick daughter. Also, the head of Geneco (Paul Sorvino) is dying and his three children (Bill Moseley, Paris Hilton, and Nivek Ogre of Skinny Puppy) fight for control of the company. Repo! The Genetic Opera is sure to become a cult classic. It plays on July 18.

Second Skin
The Montreal premiere of this documentary will be hosted by writer Victor Pineiro-Escoriaza. Second Skin focuses on the world of online gaming and the lives of those who spend most of their time in that cyberspace. Also discussed are issues such as the bonds that are formed among the reportedly more than 50 million gamers, and how gamers’ lives are affected by their habit. Second Skin plays on July 6 and 8.

I Think We’re Alone Now
The Montreal premiere will be hosted by director Sean Donnelly. This documentary studies the obsession of Tiffany stalkers Jeff Turner and Kelly McCormick. Turner is a 50-year-old man who feels that Tiffany was writing coded messages to him in her lyrics. He believes they are in love, but must keep it secret, and has built a “radionic psychotronic” device that takes energy from his and Tiffany’s photos to create a special mind-link that allows them to communicate. McCormick is an intersexual individual who has been contemplating surgery to remove one of her sex organs. McCormick has been a Tiffany fan since one of the singer’s songs helped McCormick out of a coma years ago. I Think We’re Alone Now plays on July 15 and 17.

Stuck
A new film by Re-Animator director Stuart Gordon, Stuck follows Tom (Stephen Rea), who is not having a good day. It gets worse when Brandi (Mena Suvari) hits him with her car, he goes flying through her windshield, and ends up “stuck.” Brandi panics and drives home – with Tom half in, half out of her windshield. She assumes he’s dead, but later learns that is not the case. She then goes to great lengths to keep her new hood ornament a secret. Stuck plays on July 15.

Sukiyaki Western Django
This new film by Takashi Miike revolves around two clans, Red and White, who have always been at war with each other. In order to seek out shelter, both gangs settle down in a tiny Western town. Sukiyaki Western Django, a new take on the War of the Roses mixed with old Western fighting and samurai swords, is a Spaghetti Western with a (nearly) all-Japanese cast speaking English phonetically. (Quentin Tarantino has a role in the film.) It plays on July 9.