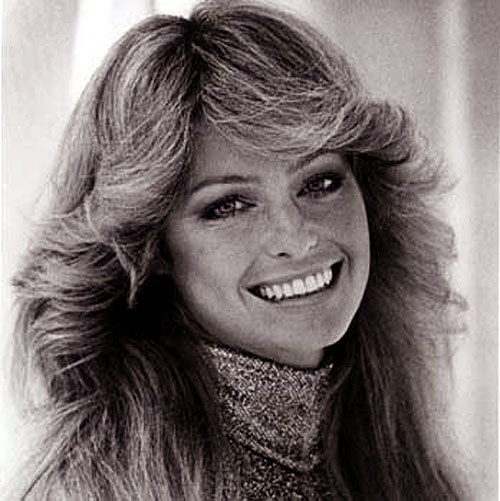 In the Los Angeles Times and at ProPublica, Charles Ornstein’s article “Farrah Fawcett: ‘Under a microscope’ and holding onto hope” describes Farrah Fawcett’s fight not only against cancer, but also against tabloid journalists and the UCLA medical establishment. The Times piece also includes snippets from the videotaped interview.

“The former Charlie’s Angels star, 62, said she set up a real-life sting operation to prove to UCLA that one of its employees was leaking her medical data to the Enquirer. She also talked about the pressure she felt from the hospital to donate money to set up a foundation in her name.

“Above all, in a firm voice that betrayed no hint of her terminal illness, Fawcett described how she was deprived of the choice that most other cancer patients have: when, and even whether, to share information with family, friends or strangers.”

I’m not sure what’s more disturbing about Ornstein’s piece.

If it’s to be reminded that publications – whether in print, on the air, or online – thrive on famous people’s misfortunes (“If you build a sewer, they’ll come swim in it, drink the water, and beg for more” – isn’t that a line from a movie?)

Or if it’s to be reminded that the powers-that-be at UCLA’s medical center seem to be as scuzzy as the scuzziest paparazzi. (And I thought they’d have learned something after the Yakuza scandal a while back.)

Or if it’s to be reminded that time moves on inexorably for all of us, and that my favorite star when I was a kid will not be around for very much longer.

“I’m holding onto the hope that there is some reason that I got cancer,” Fawcett tells Ornstein at one point, “and there is something – that may not be very clear to me right now – but that I will do.”

So, here’s ardently hoping that Farrah Fawcett will win her battle against unethical – and illegal — behavior both in the media and in the medical establishment.

Farrah’s Story, a documentary chronicling Fawcett’s fight against both her illness and the ruthless media, will be aired on NBC this Friday, May 15, at 6pm PT.

In conjunction with its traditional media release worldwide, Sally Potter’s Rage will be released – as a series of episodes – by web TV service Babelgum online and via mobile through the fall/winter of 2009.

The film’s setting is a New York fashion house, where a young blogger shoots behind-the-scenes interviews on his cell-phone with an eclectic group of people, including a celebrity supermodel, a seamstress, a pizza delivery guy, and a war-zone photographer. During that time, all sorts of happenings take place, from secret confessions to murder.

Among Potter’s previous efforts are the interethnic love story Yes, with dialogue in iambic pentameter, and starring Joan Allen and Simon Abkarian; and Orlando, with Tilda Swinton in the title role and Quentin Crisp as Queen Elizabeth I. (Personally, I think Clint Eastwood would have been a better choice for the Queen. If we’re going to take the quirky route, why not go all the way? But then again, perhaps Eastwood was unavailable at the time.)

Three Monkeys, which also happens to have been Turkey’s submission for the 2009 best foreign language film Academy Awards, is currently playing at the Cinema Village 12th Street and the Lincoln Plaza Cinemas.