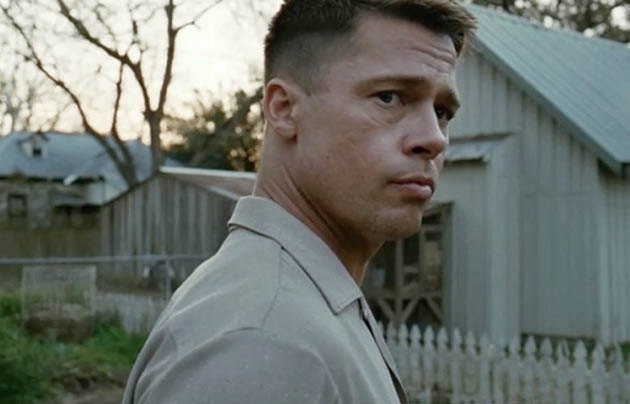 This season, U.S. film critics awards in the Best Picture/Best Film category have usually gone either to Alexander Payne’s The Descendants or Michel Hazanavicius’ The Artist. Not so the Chicago Film Critics Association, which has selected instead Terrence Malick’s Palme d’Or winner The Tree of Life as 2011’s top release.

In addition to its Best Film victory, The Tree of Life also won Chicago Film Critics awards for director Malick, Best Supporting Actress Chastain, and Emmanuel Lubezki’s cinematography. Lubezki (Children of Men, The New World, Sleepy Hollow) has been a critical favorite this year, and will quite possibly take home the Best Cinematography Academy Award as well.

Another surprise Chicago winner was Michael Shannon, who plays a disturbed man in Jeff Nichols’ Take Shelter. The Descendants’ George Clooney has been the U.S. critics’ favorite male lead to date, though Shannon has topped a few lists as well.

Other winners of the Chicago Film Critics Awards have fallen more in line with the majority of U.S.-based critics’ groups:

Despite its six nominations, The Descendants didn’t win anything, but The Artist received a Best Original Screenplay citation for Michel Hazanavicius. Steven Zaillian and Aaron Sorkin wrote the Best Adapted Screenplay: Moneyball, starring The Tree of Life‘s Brad Pitt.

And finally … Set in Chicago’s low-income communities, Steve James’ The Interrupters was the Best Documentary, a “surprise” only in that other U.S. critics groups have opted for other titles such as Werner Herzog’s Cave of Forgotten Dreams and Asif Kapadia’s Senna.

Tinker Tailor Soldier Spy with Gary Oldman. Based on John le Carré’s 1974 Cold War spy novel, Tomas Alfredson’s Tinker Tailor Soldier Spy stars veteran Gary Oldman (Prick Up Your Ears, Dracula) as British intelligence officer George Smiley, who is brought back from retirement in the early 1970s to handle another convoluted cat-and-mouse game: a top British spy may actually be a Soviet mole. But who? And how concerned should the British government be? The London Film Critics Awards have Oldman shortlisted in two categories.

So, does A Separation actress Sareh Bayat have a chance at a Best Supporting Actress Academy Award nomination?

If only a nomination for the London Film Critics’ Circle Awards had that sort of influence.

Were that so, Nicolas Winding Refn’s thriller Drive and Tomas Alfredson’s spy drama Tinker Tailor Soldier Spy, each nominated for six London Film Critics Awards, would surely be shortlisted for the Best Picture Oscar. (See further below the full list of the London Film Critics’ 2011 nominations.)

Veteran Gary Oldman (Sid and Nancy, Prick Up Your Ears), a double nominee for his performance as John le Carré’s veteran spy George Smiley in Tinker Tailor Soldier Spy, would also be a front-runner for the Best Actor Oscar.

“I am proud of my work in [Tinker Tailor Soldier Spy], and so very proud of the film” Oldman said after learning of his London Film Critics’ nods. “The London Critics’ Circle has reaffirmed that we have made a film that remains genuine, first rate ‘cinema.’ Indeed, it is gratifying to be among the representatives of the best of British, and it always will be.”

Among the other “best of British” nominees are We Need to Talk About Kevin director Lynne Ramsay and actress Tilda Swinton, My Week with Marilyn actor Kenneth Branagh (as Laurence Olivier), and Coriolanus actress Vanessa Redgrave.

By the way, Gary Oldman’s other nomination for his portrayal of George Smiley was in the Best Actor (or Actor of the Year) category, alongside Britisher and fellow double nominee Michael Fassbender (Shame), Canadian Ryan Gosling (Drive), Frenchman Jean Dujardin (The Artist), and American George Clooney (The Descendants).

As an aside, prior to Gary Oldman, George Smiley was brought to life by the following:

As another aside, the male-centered cast of the 2011 Tinker Tailor Soldier Spy also features:

Bridget O’Connor and Peter Straughan were credited for the adaptation.

Back to the nominations for the 2011 London Film Critics Awards: Drive and Tinker Tailor Soldier Spy are vying for Film of the Year, along with Asghar Farhadi’s Berlin Film Festival winner A Separation; Terrence Malick’s Cannes Film Festival winner The Tree of Life; and Michel Hazanavicius’ French-Belgian The Artist, which is also up for Best Director, Best Screenplay, and Best Actor (Jean Dujardin).

In addition, Tinker Tailor Soldier Spy is also listed among the contenders for British Film of the Year, while A Separation is one of the five Best Foreign Language Film nominees.

In addition to Sareh Bayat, other “unusual” names found on the London Film Critics’ various shortlists are:

The London Film Critics Awards will be held on Thursday, Jan. 19, at BFI Southbank in London.

The Dilys Powell Award for Excellence in Film
Nicolas Roeg.

Harry Potter and the Prisoner of Azkaban Movie (2004): Magic-less