This awards season, the Austin Film Critics Association has gone for some unusual – though not exactly “surprising” – choices. Well, with one exception: their Best Foreign Language Film was Kim Jee-woon’s revenge thriller I Saw the Devil. (See further below the full list of Austin Film Critics winners.)

To date, U.S.-based critics groups have mostly opted for Asghar Farhadi’s A Separation, Pedro Almodóvar’s The Skin I Live In, or Takashi Miike’s 13 Assassins.

Earlier this year, I Saw the Devil, about a young man (Lee Byung-hun) out to avenge the murder of his pregnant wife, won the Asian Film Award for Best Editing.

Among the Austin Film Critics’ other winners were: 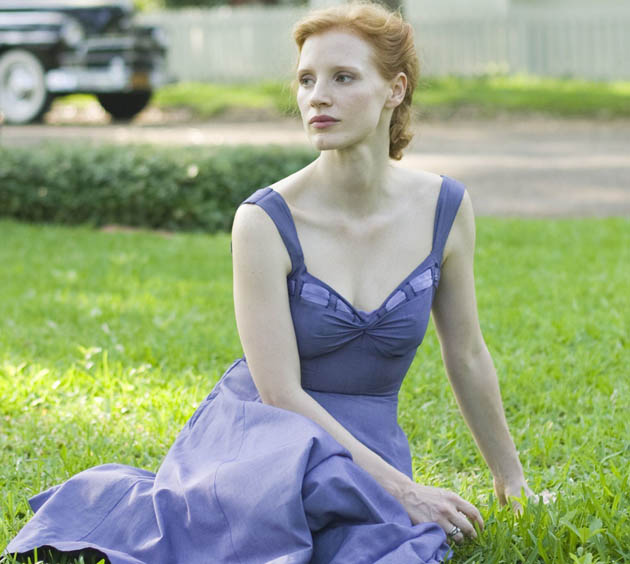 No other release won more than one award, but Jessica Chastain won two: the only American to top any of the acting categories, besides Best Supporting Actress she was named the year’s Breakout Performer.

Crime doesn’t pay, so they say; but having a good agent, however, can sure work career-making miracles.

‘The Tree of Life’ losers

Terrence Malick lost in the Best Original Screenplay category to Woody Allen for Midnight in Paris, starring Owen Wilson, Rachel McAdams, and Marion Cotillard. The Annie Hall and Manhattan filmmaker’s latest Eurocentered effort has been one of his most popular in years.

The Tree of Life‘s other loser, Brad Pitt, had been shortlisted in the Best Supporting Actor category. Veteran Christopher Plummer (Stage Struck, The Sound of Music) won for his performance as Ewan McGregor’s gay father in Mike Mills’ Beginners.

Besides Sean Penn, Brad Pitt, and Jessica Chastain, The Tree of Life features the following:

Despite its international membership, American/English-language productions have invariably dominated the Online Film Critics Society’s lists of nominees and winners. Hence…

Michael Fassbender was their Best Actor for his portrayal of a man with some serious sex hang-ups in Steve McQueen’s British psychological drama Shame.

Tilda Swinton was Best Actress for Lynne Ramsay’s We Need to Talk About Kevin, in which she plays the mother of a mass murderer.

Gore Verbinski’s animated Western Rango, featuring the voices of Johnny Depp and Isla Fisher, was the unsurprising Best Animated Feature, while Asghar Farhadi’s Iranian drama A Separation was the equally unsurprising Best Foreign Language Film (or rather, Best Film Not in the English Language).

And finally, Martin Scorsese, the director of the well-received (but costly box office flop) Hugo, was voted a Special Award “in honor of his work and dedication to the pursuit of film preservation.”

Best Picture
The Artist.
The Descendants.
Drive.
Hugo.
* The Tree of Life.

Best Foreign Language Film
13 Assassins.
Certified Copy.
* A Separation.
The Skin I Live In.
Uncle Boonmee Who Can Recall His Past Lives.

Special Awards
To Jessica Chastain (The Debt, The Help, The Tree of Life), the breakout performer of the year.
To Martin Scorsese in honor of his work and dedication to the pursuit of film preservation. 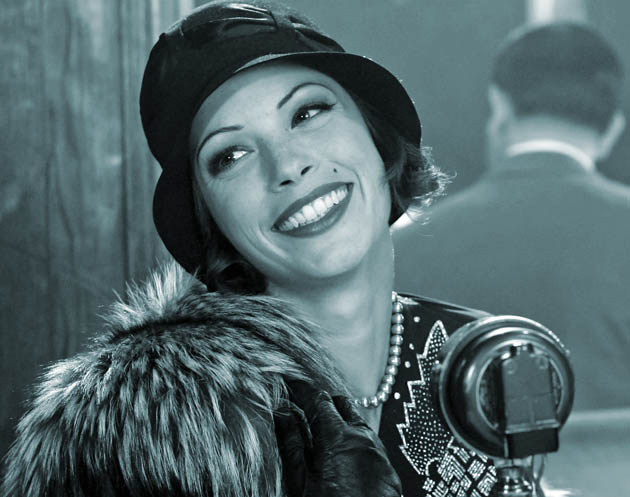 Bérénice Bejo in The Artist. Michel Hazanavicius’ homage to Hollywood’s silent era, The Artist failed to win any awards from the Austin Film Critics and the Online Film Critics. Yet the mostly silent, black-and-white comedy-drama remains, alongside Alexander Payne’s The Descendants, one of the two Oscar favorites – and the Oklahoma Film Critics’ top pick as well. (See below.) Besides Bérénice Bejo, the A Star Is Born– and Singin’ in the Rain-inspired The Artist features Jean Dujardin as a Douglas Fairbanks-John Gilbert type, Uggie, John Goodman, Penelope Ann Miller, Missi Pyle, Malcolm McDowell, and James Cromwell.

The Artist – a (mostly) French-made, (mostly) silent, black-and-white, Hollywood-set comedy-drama – has won fans far away from the two U.S. coasts.

The Artist stars Jean Dujardin as a sort of Douglas Fairbanks-John Gilbert mix whose career suffers a severe downturn at the dawn of the talkie era. Bérénice Bejo is the unknown who becomes a fast-rising star, a role similar to those brought to life by the likes of Janet Gaynor and Judy Garland in old versions of A Star Is Born.

Michelle Williams was voted the year’s Best Actress for her portrayal of Marilyn Monroe in Simon Curtis’ My Week with Marilyn.

Set during the making of Laurence Olivier’s 1957 romantic comedy-drama The Prince and the Showgirl, the film also features Eddie Redmayne as the titular “Me,” Kenneth Branagh as Olivier, and Julia Ormond as Olivier’s then wife Vivien Leigh.

Michael Bay’s blockbuster Transformers: Dark of the Moon, starring Shia LaBeouf, Rosie Huntington-Whiteley, and Josh Duhamel, was also remembered by the Oklahoma Film Critics: as the Obviously Worst Film of the Year.

Another box office hit, Todd Phillips’ The Hangover Part II, was the year’s Not-So-Obviously Worst Film – an award of more-than-dubious merit given to films “that may have great talent behind them, but somehow add up to less than the sum of their parts.” Bradley Cooper, Zach Galifianakis, Justin Bartha, and Ed Helms star in the juvenile comedy.

Further below is the list of the International Animated Film Society’s Annie Award winners and nominees. Gore Verbinski’s Rango, the Austin Film Critics and the Online Film Critics’ pick, was the also Annies’ top choice.

Best Foreign Language Film: The Skin I Live In.