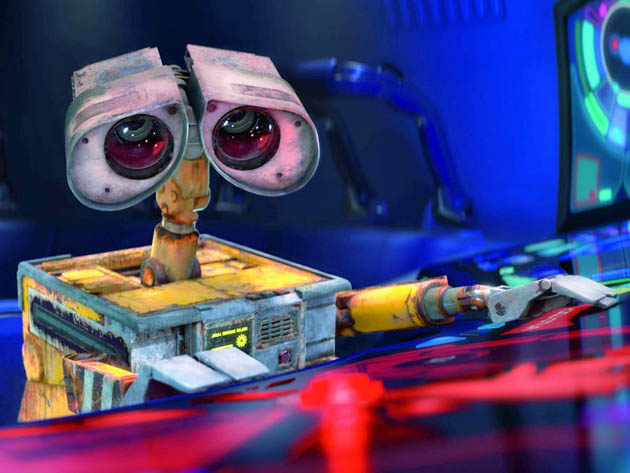 For the first time in its 34-year history, the Los Angeles Film Critics Association has bestowed its Best Picture award on an animated film, Disney/Pixar’s Andrew Stanton-directed WALL-E.

Sally Hawkins for the Oscars?

Other surprises among the Los Angeles Film Critics choices included:

Among the Los Angeles Film Critics’ non-surprises were the following: 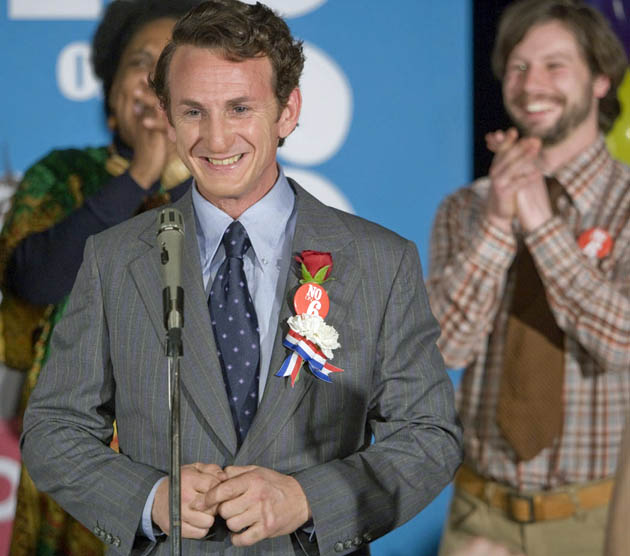 In fact, that shouldn’t be a surprise at all. Last year, the New York Film Critics picked Florian Henckel von Donnersmarck’s Stasi drama The Lives of Others – an Oscar winner several months earlier – as their Best Foreign Language Film. The previous year, their choice was Jean-Pierre Melville’s French underground drama Army of Shadows, a 1969 release in its country of origin.

Heath Ledger – The Joker in The Dark Knight – would have been a more likely choice in that particular category, but Brolin has been getting lots of praise as well.

In addition, Jenny Lumet’s Best Screenplay win for the Jonathan Demme-directed Rachel Getting Married, the New York Film Critics’ Best Picture runner-up, could be considered a minor surprise. The same might have been said about Sally Hawkins being voted Best Actress – if it weren’t for the fact that only yesterday she received Best Actress honors from the Los Angeles critics.

Runners-up: A Christmas Tale. The Class.

Runners-up: The Curious Case of Benjamin Button. The Dark Knight. 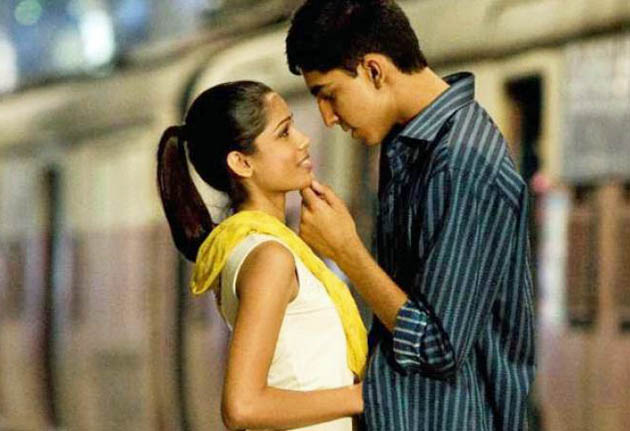 Slumdog Millionaire with Dev Patel and Freida Pinto. On its way to becoming 2008’s most notable sleeper hit, Slumdog Millionaire has been announced as the National Board of Review’s Best Film winner. Danny Boyle’s Bollywood-inspired mix of drama, music, romance, and social commentary is already being touted as a likely 2009 Best Picture Oscar contender. The National Board of Review’s Best Breakthrough Performance by an Actor recipient Dev Patel stars as a former Mumbai slum dweller who may (or may not) become a millionaire and (sure he will) get the girl (Freida Pinto).

National Board of Review Awards offers indie & studio mix: From ‘Slumdog Millionaire’ to ‘The Curious Case of Benjamin Button’

Near the start of the 2008/2009 awards season, the National Board of Review has given a boost to Danny Boyle’s Slumdog Millionaire, which has been selected as the year’s Best Film. Additionally, the Bollywood-inspired socially conscious drama written by Simon Beaufoy shared the Best Adapted Screenplay award while its star, Dev Patel, topped the Best Breakthrough Performance by an Actor category.

The National Board of Review’s other major winner was David Fincher’s reverse-aging drama The Curious Case of Benjamin Button, which shared Best Adapted Screenplay (Eric Roth) with Slumdog Millionaire while Fincher was named Best Director.

Sergei Bodrov’s Mongol, about the rise of Genghis Khan, was the Best Foreign Language Film.

National Board of Review Awards

Top Five Foreign Films (in alphabetical order):
The Edge of Heaven.
Let the Right One In.
Roman de Gare.
A Secret.
Waltz with Bashir.

The New York City-based Gotham Awards, aimed to promote U.S.-made smaller, independent films (despite past missteps such as The Departed), were announced on Dec. 2.

Lance Hammer was the Breakthrough Director for the Mississippi Delta-set drama Ballast, which had earned him Best Director honors at the 2008 Sundance Film Festival, while (Fahrenheit 9/11 producers) Tia Lessin and Carl Deal’s Hurricane Katrina-related Trouble the Water was the Best Documentary. 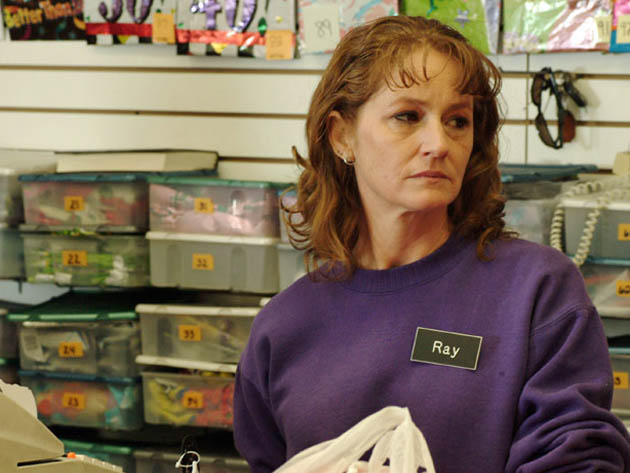 Frozen River with Melissa Leo. In Courtney Hunt’s Best Feature Gotham Award winner Frozen River, Melissa Leo and Misty Upham find a good way to make a quick buck: a bit of human smuggling from Canada into the United States. A veteran with dozens of film credits, Leo was one of the National Board of Review Spotlight Award recipients (the other one was Richard Jenkins for The Visitor) and the Gotham Awards’ Breakthrough Actor winner; besides, she is a contender for the 2009 Best Actress Spirit Award. Update: More than a contender, Melissa Leo was the Spirit Awards’ Best Actress winner.

Don’t expect many of the Gotham Award winners to pop up on the Academy of Motion Picture Arts and Sciences’ 2009 Oscar roster. Having said that, it should be noted that the Academy has been giving big nods to small films for at least a couple of decades – a trend that actually began, however intermittently, as early as the 1970s.

As an example, among the 1975 Best Actress and Best Actor nominees were Carol Kane in Hester Street, Maximilian Schell in The Man in the Glass Booth, James Whitmore in Give ’em Hell, Harry!, Glenda Jackson in Hedda, and Isabelle Adjani in The Story of Adele H.

The Oscar’s shift away from studio fare has taken place chiefly because big studios have all but stopped making movies for “Academy consideration.” Additionally, the wide availability of screeners/DVDs makes small-budget productions more accessible, and so do cable television/VOD options.

So, Frozen River actress Melissa Leo, for one, does have a not insignificant chance of landing a Best Actress Academy Award nomination early next year.

Encounters at the End of the World.
Werner Herzog, director; Henry Kaiser, producer. 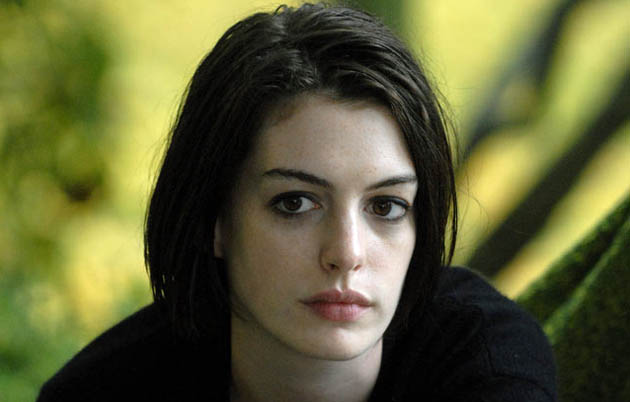 Rachel Getting Married with Anne Hathaway. Geared to the American independent – or at least independentish – film industry, the Spirit Awards, much like the Golden Globes, just loves movie stars. One of them this year is Anne Hathaway, who plays a drug rehab patient attending her sister’s wedding in Jonathan Demme’s Rachel Getting Married. Demme’s drama, in fact, was quite popular among the Spirit Award voters, earning six nominations, including Best Film. Additionally, the Rachel Getting Married cast was shortlisted for the Gotham Awards, while Hathaway, a shoo-in Oscar contender, was the National Board of Review’s Best Actress winner.

Curiously, U.S. critics’ fave Milk was not shortlisted in the Best Film category. Equally curious, The Wrestler is up for Best Film but Darren Aronofsky is nowhere to be found among the Best Director contenders.

Three of the Spirit Award nominees for Best Film were also shortlisted in the Gotham Awards’ Best Feature category: Ballast, Frozen River, and The Wrestler.

Among the Gothams’ Breakthrough Actor contenders, only Rosemarie DeWitt and eventual winner Melissa Leo (Frozen River) are in the running for the Spirit Awards. Leo has been shortlisted in the latter’s Best Actress (or Best Female Lead) category.

The Gothams’ only Breakthrough Director in contention for a Best Director Spirit Award is Lance Hammer for Ballast.

And here’s something else the Gotham and the Spirit Awards have in common: the absence of National Board of Review winner Slumdog Millionaire from their nominations roster.

This awards season’s Cinderella story in-the-making, Slumdog Millionaire is a mostly Anglo-Indian production. As such, it seems to have been ineligible for both the Gothams and the Spirits. Curiously, Danny Boyle’s sleeper hit also failed to be shortlisted in the Spirit Awards’ Best Foreign Film category.

BEST DOCUMENTARY (award given to the director)
The Betrayal, Dir.: Ellen Kuras & Thavisouk Phrasavath.
Encounters at the End of the World, Dir.: Werner Herzog.
* Man on Wire, Dir.: James Marsh.
The Order of Myths, Dir.: Margaret Brown.
Up the Yangtze, Dir.: Yung Chang.

BEST FIRST FEATURE (award given to the director and producer)

JOHN CASSAVETES AWARD (Given to the best feature made for under $500,000; award given to the writer, director, and producer)

TRUER THAN FICTION AWARD
* Margaret Brown, director of The Order of Myths.
Sacha Gervasi, director of Anvil! The Story of Anvil.
Darius Marder, director of Loot.

Transformers: Dark of the Moon: Shia LaBeouf Dwarfed by Explosions