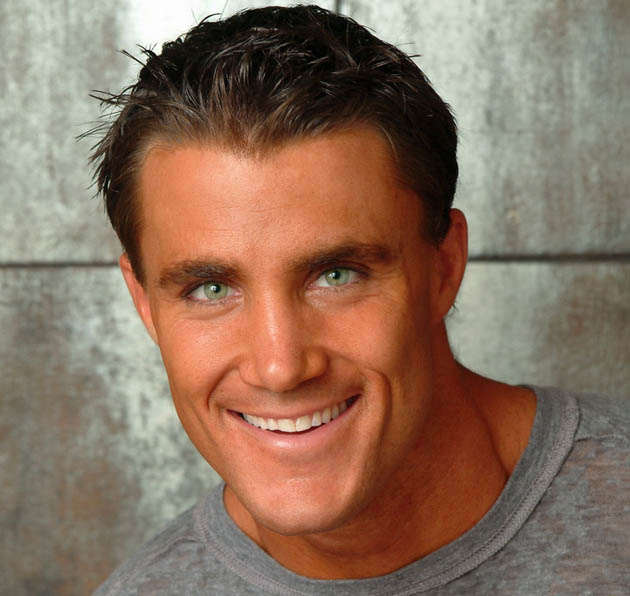 Workout and diet motivational speaker Greg Plitt dead at 37: Plitt was the ‘body’ of Dr. Manhattan in Watchmen movie

Actor, fitness model, and workout and diet motivational speaker Greg Plitt, best known for adorning countless fitness magazine covers and for his participation on the reality TV show Work Out, was killed by a passenger train while being videotaped last Saturday afternoon, Jan. 17, in Burbank, about 20 kilometers northwest of downtown Los Angeles. Authorities are now trying to figure out how Plitt and his two-person crew were able to access a restricted area – without a filming permit – and what exactly they were doing there.

Online tabloids claim to have the answer, asserting that Greg Plitt’s death was the result of a failed thrill-seeking stunt. The athletic Plitt, who had previously shot at least one workout video on a train track, was purportedly trying to outrun the passenger train, but tripped and fell on the tracks.

Police have confirmed that Plitt had been indeed running on the tracks, but it’s unclear whether or not he was actually trying to outrun the train. According to reports, one possible cause for the fatal accident was that, due to a blind turn, Plitt believed the oncoming train was on a parallel track. The Baltimore-born (as George Gregory Plitt Jr, on Nov. 3, 1977) and West Point graduate was 37 years old.

In the last decade or so, Greg Plitt could be spotted in minor roles and bit parts in a handful of movies. He was a guard in Robert De Niro’s The Good Shepherd (2006), starring Matt Damon, Angelina Jolie, and Alec Baldwin; a hybrid being in McG’s Terminator Salvation (2009), toplining Christian Bale, Sam Worthington, and Helena Bonham Carter; and a skydiving instructor in Peter Segal’s Grudge Match (2013), a box office dud with Sylvester Stallone and Robert De Niro playing aging boxers.

The body of Dr. Manhattan

The Best Thanksgiving Ever is expected to open in the United States later this year.

On television, Greg Plitt was featured in Paul Cruz: Latin Actor (A Mockuseries), Dago Rodriguez’s 2008 Showtime short Dysmorphia, and in a trio of episodes of the soap opera Days of Our Lives.

In addition to Bravo’s 2008 reality series Work Out, among Greg Plitt’s other TV appearances as himself were those in the comedy series Red Eye, the game show Identity, and Home and Garden Television’s Designed to Sell.

He was also set to be one of the stars in another Bravo reality show, Friends to Lovers. Plitt’s episode is expected to be aired within the next few weeks.

Greg Plitt: Workout and diet motivational speaker. The fitness model was the body of Dr. Manhattan in Watchmen.

According his official website, Greg Plitt was featured in more than 200 magazine covers. In one of several eulogies found in Bodybuilding.com‘s article “Remembering Greg Plitt,” editor-in-chief Jeff O’Connell wrote that the fitness model “touched every corner of the fitness world, appearing on so many covers that nearly every photographer, stylist, and editorial team had worked with him at some point.”

The death of Greg Plitt is the second widely reported fatality of this sort within the past year. In February 2014, while filming Midnight Rider (a.k.a. Midnight Rider: The Gregg Allman Story) on a railroad trestle bridge in Georgia, second camera assistant Sarah Jones was killed and seven other crew members were injured by a passing freight train.