Fred Zinnemann began his career during the studio era, but kept on going, however sporadically, long after most of his contemporaries had retired. Even so, today his name means little to most moviegoers and critics alike. But why?

Quite possibly because, like William Wyler, Zinnemann covered just about every film genre there is. His relatively small oeuvre – 21 narrative feature films – encompasses the following:

Most film critics and historians are no different than most simpletons. They tend to value work that can be easily labeled and categorized. And as I’ve mentioned in my previous Oscar Actors’ Director posts, it always helps if the films being evaluated revolve around tough guys and their issues.

Unlike, say, John Ford, Alfred Hitchcock, Elia Kazan, or, more recently, Martin Scorsese, Fred Zinnemann never partnered with a male actor, while most of his films, though often centered on male characters, could hardly be called “tough.” (Even High Noon is more about fear than fearlessness.) Additionally, in his character dramas Zinnemann was better at handling actresses than actors as evidenced by a number of outstanding female star turns in his films. (Nope, that really doesn’t mean Zinnemann was gay.)

The ladylike Deborah Kerr, for instance, was transformed into a seductive adulteress in From Here to Eternity (1953) and a country woman roaming the Australian outback in The Sundowners (1960). The 1960 Best Actress Oscar, in fact, should have had Kerr’s name on it – if only Elizabeth Taylor hadn’t had a tracheotomy at the time.

Also, Best Supporting Actress Oscar winner Donna Reed (photo) was never better than as the fibbing sex worker in From Here to Eternity. The same goes for Audrey Hepburn, reaching a career high as the conflicted nun in The Nun’s Story (1959), one of the most effective Hollywood films on a religious theme.

Jane Fonda and Best Supporting Actress Oscar winner Vanessa Redgrave excelled in the classy Julia (1977), and so did Julie Harris and Ethel Waters in the psychological drama The Member of the Wedding (1952). Eva Marie Saint, for her part, stole A Hatful of Rain from her showier male co-stars.

Despite all their various award wins and nominations, in my view Zinnemann was less successful with his male actors. Whereas Gary Cooper is able to fully convey the inner turmoil of his solitary sheriff in High Noon and Robert Mitchum gives a pleasantly nuanced performance in The Sundowners, both Burt Lancaster and Frank Sinatra are just plain old Burt Lancaster and Frank Sinatra in From Here to Eternity. His Best Actor Oscar notwithstanding, stage-trained Paul Scofield needed to be considerably toned down so as to make his Sir Thomas More more life-like in A Man for All Seasons (1966). And scenery-chewing was the order of the day for Don Murray, Anthony Franciosa, and especially Lloyd Nolan in A Hatful of Rain. 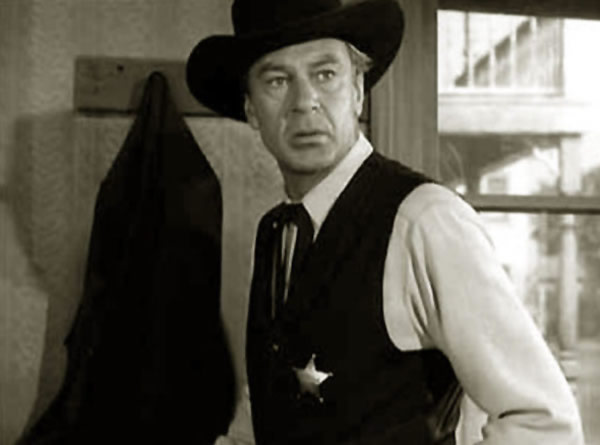 1957
Anthony Franciosa, A Hatful of Rain