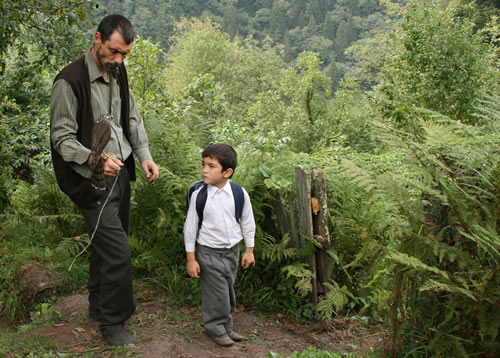 Some of the 65 movies vying for the 2011 Best Foreign Language Film Oscar are obvious choices.

Also, Denis Villeneuve’s Incendies was chosen Best Canadian Film at the Toronto Film Festival; Biutiful (Mexico) was directed by a world-renowned filmmaker, Alejandro González Iñárritu, and features an international star, Javier Bardem; and Giorgos Lanthimos’ Dogtooth (Greece) was given the Un Certain Regard Award at Cannes in 2009 (the film opened in Greece in November of that year, thus qualifying it for the 2011 Oscar).

Many others are understandable choices, e.g., Xavier Beauvois’ Of Gods and Men (France) didn’t win any top awards at Cannes, but was one of the best-received films at the festival;In a Better World (Denmark) was directed by Susanne Bier, whose After the Wedding received a surprising nomination a few years ago; and Javier Fuentes-León’s Undertow (Peru) was the World Cinema Audience Award winner at Sundance.

The most notable curiosity on the list is probably the Brazilian entry.

As mentioned in a previous article, Fábio Barreto’s expensive flop Lula, the Son of Brazil was hardly the best-received Brazilian production released in the past year. Its submission, in fact, caused quite a bit of a stir in that country.

Also, indieWIRE has remarked that Luca Guadagnino’s I Am Love, which stars Tilda Swinton, would have been a more obvious Italian choice than Paolo Virzi’s David di Donatello nominee The First Beautiful Thing. But the problem with I Am Love may have been the fact that the Academy has strict rules about the amount of English-language dialogue allowed in a Foreign Language Film submission.

Recently, Israel’s The Band’s Visit was disqualified because of too much English dialogue. Five years ago, Italy’s original submission, Saverio Costanzo’s Private, was disqualified because its dialogue was in Hebrew, Arabic, and English. (Since then the Academy has changed its rules to allow countries to submit films in other languages – except English.)

Another curiosity: Algeria, as usual, is submitting what is mostly a French production, Rachid Bouchareb’s Outside the Law. The director/screenwriter is French-born – of Algerian ancestry – and so is much of the film’s financing.

And finally, missing from the list is Sonia Nassery Cole’s Black Tulip (Afghanistan), a previously announced contender that may not have met the Academy’s release date requirements.

Nine semi-finalists in the Best Foreign Language Film category will be announced on January 20, 2011. The final list of nominees will come out five days later.

Sixty-five countries (including a couple of territories) have submitted films for the 2011 Oscar’s Best Foreign Language Film category. Ethiopia and Greenland, the latter an “autonomous” territory that is part of the Danish Commonwealth, have sent in entries for the first time, The Athlete and Nuummioq, respectively.

How many of those 65 movies will actually be considered eligible for the award is unclear, as just about every year some movie or other is disqualified on a technicality — or, at times, more than that; say, if the Academy doesn’t get a screening print or if the movie opened in its country of origin before or after the eligibility window.

Nine semi-finalists in the Best Foreign Language Film category will be announced on January 20, 2011. The final list of nominees will come out five days later.

The 2011 Academy Awards ceremony will take place on Sunday, February 27, 2011, at the Kodak Theatre at Hollywood & Highland Center. In the US, it’ll be broadcast live on ABC.

Costa Rica, Of Love and Other Demons, Hilda Hidalgo, director;

Indonesia, How Funny (Our Country Is), Deddy Mizwar, director;

Poland, All That I Love, Jacek Borcuch, director;

Portugal, To Die Like a Man, Joao Pedro Rodrigues, director;

Romania, If I Want to Whistle, I Whistle, Florin Serban, director;

Thailand, Uncle Boonmee Who Can Recall His Past Lives, Apichatpong Weerasethakul, director;

Outside the Law (Algeria), Rachid Bouchareb

Uncle Boonmee Who Can Recall His Past Lives (Thailand), Apichatpong Weerasethakul

Sibel Kekilli in Feo Aladag’s When We Leave.

That’s not because Academy members who vote for the Best Foreign Language Film Oscar pay much attention to film awards outside Los Angeles or New York.

Instead, it’s simply because if voters ignore those films in favor of some other entry about a cute, long-suffering little boy or a World War II/Nazi/Jewish Holocaust melodrama, the Academy’s Foreign Language Film Award Executive Committee will in all likelihood add those three submissions to the shortlist – regular voting members get to select only six of the nine movies.

Now, what about the other six?

France has a great track record – 36 nominations in the last 54 years; that’s more than any other country – perhaps because Academy members may be much more willing to sit through a French entry than, say, a Nepalese, Bolivian, or Latvian entry, as those countries aren’t exactly known for their film industries.

So, I’m willing to bet that Xavier Beauvois’ Of Gods and Men will be included in the shortlist as well.

Algeria has a solid Oscar track record – four nominations; one win – if one considers that the North African nation has hardly what one would call a thriving film industry. But things work out just fine when they submit (mostly) French movies as Algerian productions: Costa-Gavras’ Z (1969), Rachid Bouchareb’s Dust of Life (1995) and Days of Glory (2006), in addition to Ettore Scola’s Franco-Italian Le Bal (1982).

Bouchareb is back this year with another “Algerian” movie, Outside the Law. Expect it to be shortlisted.

Italy is another country with a great Oscar track record – 27 nominations; 13 wins (including pre-competitive Foreign Language Film Oscars), more than any other country. Italy’s record gets even better if you include its co-productions with France and other nations (see the aforementioned Le Bal).

The last three films are, in all honesty, quite difficult to predict. Below are three possibilities:

Susanne Bier, whose After the Wedding (2006) was a surprise nominee, may get another chance at the Foreign Language Film Oscar with In a Better World (Denmark), a socially conscious family drama.

Fridrik Thor Fridriksson’s Mamma Gogo (Iceland) tells the story of how a film director copes with his mother’s encroaching Alzheimer’s disease. If Mamma Gogo has the right amount of sentiment, it could very well be shortlisted. Fridriksson’s magical-realist Children of Heaven, which also dealt with the problems of old age, was nominated back in 1992.

Pablo Trapero’s Carancho (Argentina) stars Ricardo Darín as a ruthless insurance agent who falls in love with a kind-hearted doctor (Martina Gusman). Darín has brought luck to a couple of Argentinean entries – Son of the Bride and this year’s winner, The Secret in Their Eyes. He could do it again next year.

If the Thai and/or Turkish entry/ies get nominated, it’ll be a first for either country.

Here are a few other possibilities for the 2011 Oscars’ Best Foreign Language Film list of semi-finalists:

Oliver Schmitz’s mother-daughter drama Life, Above All (South Africa). South Africa has done well in the past decade, with a nomination for Yesterday (2004) and a victory for Tsotsi (2005).

Denis Villeneuve’s Incendies (Canada), in which twins return to the Middle East to find both deep-seated hatred and profound love. Incendies was the 2010 Toronto Film Festival’s Best Canadian Film winner.

Jan Hrebejk’s Kawasaki’s Rose (Czech Republic), about a man whose dark, communist past is revealed when he’s about to receive a civil honor. Kawasaki’s Rose, screened in the Panorama sidebar, won two awards at the 2010 Berlin Film Festival.

Feo Aladag’s When We Leave (Germany), in which a Turkish woman (Head-On‘s Sibel Kekilli) attempts to steer her own life after leaving Turkey for Germany. When We Leave was nominated for six German Academy Awards, including Best Picture, Best Director, and Best Actress.

When it comes to the Oscar’s Best Foreign Language Film category there are no certainties because:

a) the overwhelming majority of those movies don’t get multimillion-dollar marketing campaigns that, for all purposes, “buy” votes

b) for the most part the talent involved is not internationally known; in other words, actors, directors, screenwriters, etc. don’t have Academy followings

c) only a relatively small group of Academy members gets to vote in this category.

d) among those members, an even smaller sub-group gets to watch more than 10-20 of the 60+ nominees.

e) a group of about 20 (some in Los Angeles, some in New York) gets to choose the five finalists out of nine semi-finalists, three of which are “correctives” hand-picked by the Academy’s Foreign Language Film committee.

Thus, much like at film festivals where some off-the-wall choices come out victorious, there’s no “middle-of-the-road” consensus.

That helps to explain why some widely acclaimed/and or “popular” movies (Volver, 4 Months 3 Weeks and 2 Days, Gomorrah, to name three in the recent past) have gone nominationless, whereas movies few people care about – as long as those few are all Academy members – get nominated. 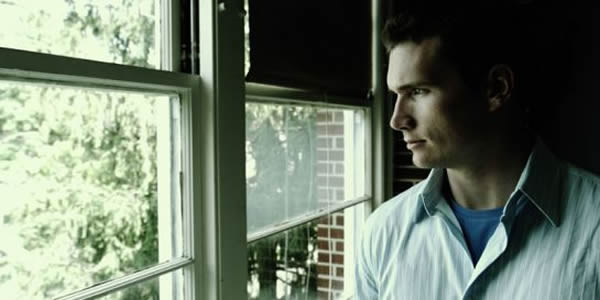 The Academy of Motion Picture Arts and Sciences has announced the titles of the eight semi-finalists for the 2011 Oscar in the Best Documentary Short Subject category. Three to five of those films will earn Oscar nominations.

Themes include environmental poisoning (Born Sweet), religious terrorism (Killing in the Name), and gun control in the United States – or rather, the lack of it (by way of the tale of a survivor of the Virginia Tech massacre in Living for 32).

As per the Academy’s press release, “voters from the Academy’s Documentary Branch viewed this year’s 30 eligible entries and submitted their ballots to PricewaterhouseCoopers for tabulation.”

The 2011 Academy Award nominations will be announced on Tuesday, Jan. 25, at 5:30 a.m. PT in the Academy’s Samuel Goldwyn Theater.

The 2011 Academy Awards ceremony will take place on Sunday, Feb. 27, at the Kodak Theatre at Hollywood & Highland Center. In the US, it’ll be broadcast live on ABC.

Why no mention about the “The Precinct”, a film which is represented by Azerbaijan and which is now just demonstrates the cinema of Los Angeles’ “Sunset 5”. Look at this movie, maybe he is worthy of getting into the shortlist. I think he did not bad odds to become a major discovery this year.