Wayne’s World was a major domestic box office hit, grossing an outstanding $121.69 million in North America (about $236 million today), in addition to a solid $61.4 million internationally (about $98 million today) for a grand worldwide total of $183.09 million. For comparison’s sake: Seth MacFarlane / Mark Wahlberg’s Ted took in $218.81 million domestically and $329.59 million internationally. (When it comes to box office grosses of Hollywood movies, things have changed dramatically in the last two decades.)

As a result of its popular success, Wayne’s World is guilty of introducing a number of inane expressions to American pop culture, e.g., Schwing!, NOT!, We’re not worthy!. More interesting was the film’s influence on the Billboard Hot 100 chart: Thanks to Wayne’s World‘s soundtrack, Queen’s “Bohemian Rhapsody” soared to the no. 2 slot more than 15 years after its original release.

According to the Academy’s press release, the new Wayne’s World print to be screened at the Samuel Goldwyn Theater comes courtesy of the Academy Film Archive and Paramount Pictures.

Tickets for Wayne’s World may be purchased beginning April 1. For more information, call (310) 247-3600 or visit the Academy’s website. 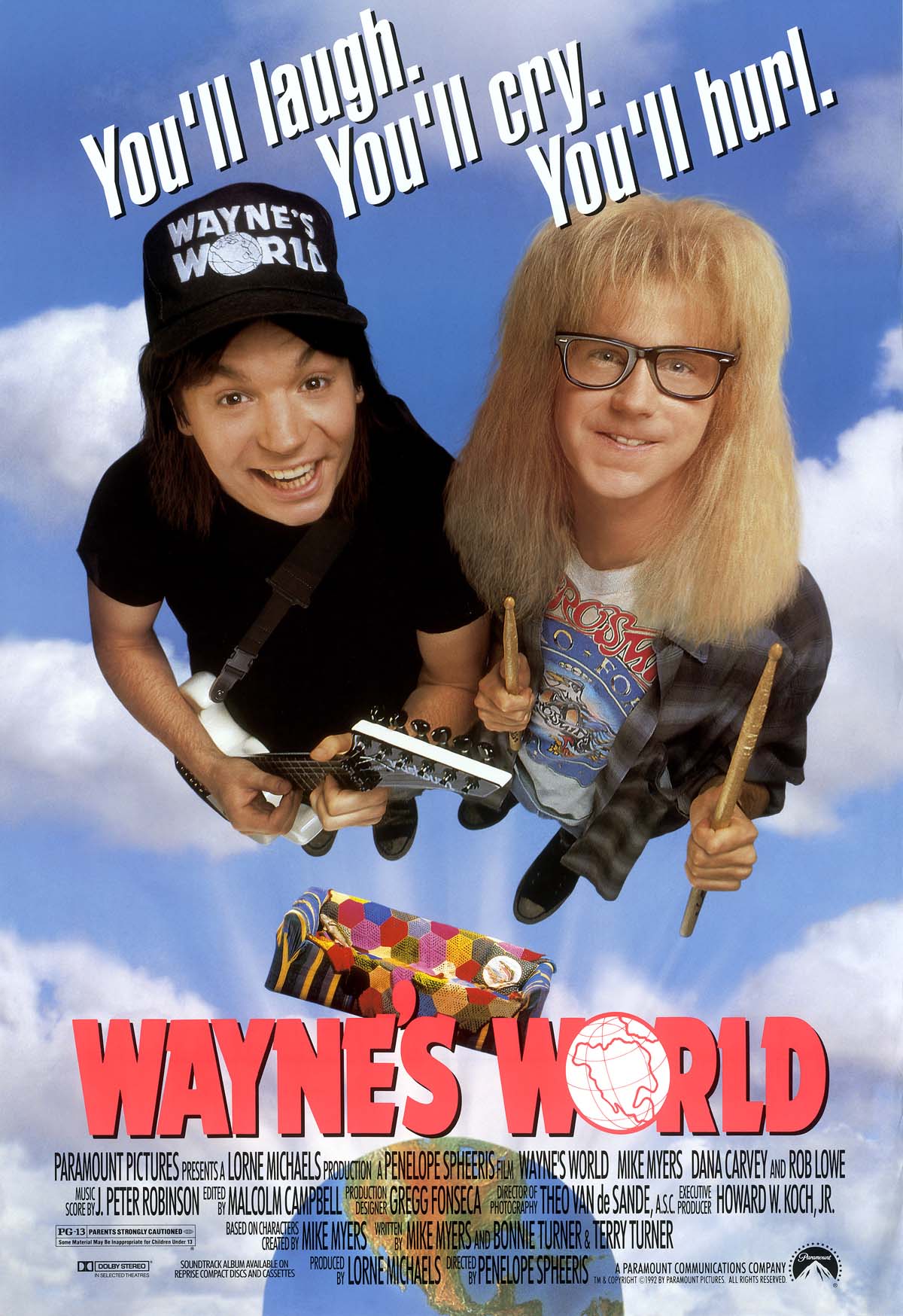