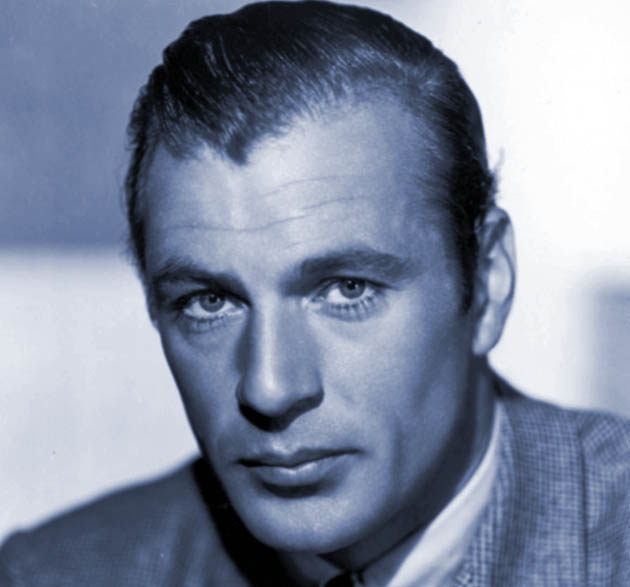 Gary Cooper movies on TCM: Iconic star at both his best and his worst

Gary Cooper is Turner Classic Movies’ “Summer Under the Stars” star today, Aug. 30. Unfortunately, TCM isn’t presenting any Cooper movie premiere despite the fact that most of his Paramount movies of the ’20s and ’30s remain unavailable on television or home video/DVD.

A Columbia release, Mr. Deeds Goes to Town solidified Gary Cooper’s stardom and helped to turn Jean Arthur into the studio’s top female star. The socially conscious tale – screenplay by Robert Riskin – of a small-town Vermont hick who becomes the prey of city slickers after inheriting a fortune, Mr. Deeds Goes to Town is a tad overlong and, like just about every Frank Capra movie, highly sentimental.

What saves the film from that section of hell reserved for earnest, well-intentioned movies are several clever lines/situations and the acting of the two leads – Cooper and Arthur are both excellent – and of several supporting players (Douglas Dumbrille, Margaret Seddon, etc.). 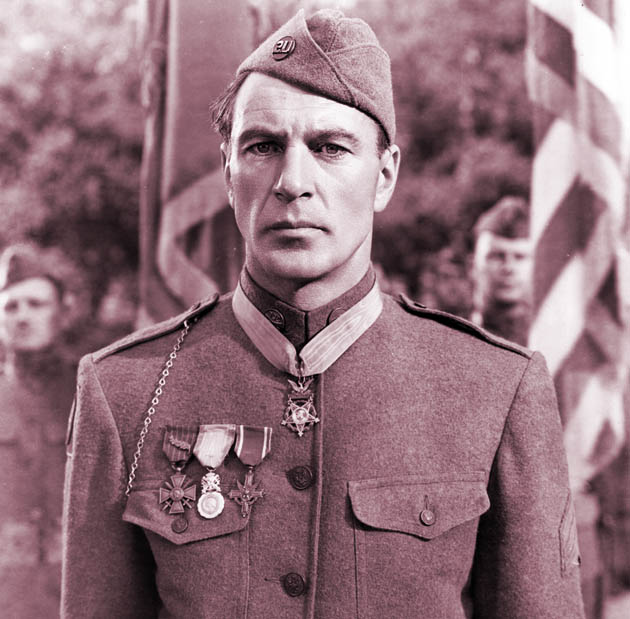 Gary Cooper in ‘Sergeant York’: Too old or no, role earned him the 1941 Best Actor Oscar.

In fact, Sergeant York was so popular that despite well-regarded efforts such as The Dawn Patrol, Twentieth Century, Bringing Up Baby, His Girl Friday, The Big Sleep, Red River, I Was a Male War Bride, Gentlemen Prefer Blondes, and Rio Bravo, this long-winded, sentimental flag-waver turned out to be the one movie to earn Howard Hawks an Oscar nomination.

Gary Cooper had done (and would do) more effective work elsewhere and, at age 40, looked about 45 and much too old for the part of the 30-year-old, turkey- and German-killing Tennessee hick Alvin C. York. Much too old to be 16-year-old Joan Leslie’s romantic interest, too. (Not from a moralistic standpoint; it was just hard to believe she would have been so infatuated with a man who looked – much – more than old enough to be her father.) But no matter. Cooper took home that year’s Best Actor Oscar and the New York Film Critics Circle Award, thus beating William Randolph Hearst’s bête noire and one of the greatest screen characterizations of the decade: Orson Welles’ Charles Foster Kane of Citizen Kane fame.

As an aside, a somewhat surprising Sergeant York loser was Walter Brennan, who had been previously nominated for three Best Supporting Actor Academy Awards – and who had taken home three Best Supporting Actor Academy Awards: Come and Get It (1936), Kentucky (1938), The Westerner (1940). The 1941 winner was veteran Donald Crisp for John Ford’s How Green Was My Valley.

Now, it’s good to remember that back in those days, Screen Actors Guild and Screen Extra Guild members could vote for the Academy Award winners in the acting categories, Best Picture, and Best Original Song. That may help to explain several of the Academy’s top choices from the mid-1930s to the mid-1940s.

Walter Brennan’s career continued all the way into the late 1960s (in addition to the 1975 release Smoke in the Wind), but he would never receive another Oscar nomination. Brennan died at age 80 in 1974.

Gary Cooper and Audrey Hepburn in Love in the Afternoon: Billy Wilder misfire.

Billy Wilder’s Love in the Afternoon attempts to recreate an Ernst Lubitsch movie of the early ’30s – and fails miserably. In fact, this romantic comedy-drama is one of Wilder’s very worst films despite a prestigious cast: Gary Cooper as an American businessman, Audrey Hepburn as the Parisian woman half his age with whom he falls in love, and Maurice Chevalier as her father.

A key part of the problem is that both Cooper and Hepburn – the latter made up and coiffed to look as if she were in her mid-teens – are at their most calculatingly “cute.”* And that means a shockingly subdued Maurice Chevalier – who had hammed it up in the Lubitsch classics The Love Parade, The Smiling Lieutenant, One Hour with You, and The Merry Widow – is the film’s chief thespian asset.†

What’s mind-boggling about Love in the Afternoon being such a misfire is that in the late 1930s Billy Wilder, then a screenwriter, had collaborated with Lubitsch on Bluebeard’s Eighth Wife and Ninotchka. In other words, Wilder had felt The Lubitsch Touch. For that reason, one would have expected to feel at least a soupçon of it in Wilder’s effort. But no; Love in the Afternoon is a showcase for the filmmaker’s usual heavy hand all the way through.

Screenwriter and Lubitsch collaborator Samson Raphaelson (Broken Lullaby, Trouble in Paradise) summed up Love in the Afternoon while commenting on a particular scene at the beginning of the film, when a street-cleaning truck aims its water jet at two young Parisian lovers who remain oblivious to the fact that they’ve been drenched.

What a mistake! Now, if I were doing that scene with Lubitsch, we would have first shown the truck spraying water moving toward the young lovers. But when the truck gets to them, the water shuts off. After it passes them, then the water starts up again. Now, that’s the Lubitsch Touch!

Audrey Hepburn (b. 1929) was hardly an unusual leading lady/romantic interest for Gary Cooper in the later stages of his career. Below is the list of his movie babes throughout the 1950s.

Keep in mind that Cooper – born in 1901 – began the decade nine years older than he was when he starred in Sergeant York. And that his leading lady in that movie, Joan Leslie, was born in 1925.

§ Barbara Stanwyck (b. 1907) had the female lead in Blowing Wild, but she played the part of a domineering wench. Ruth Roman is the one who gets our hero at the end. In Ten North Frederick, Geraldine Fitzgerald (b. 1913) is Cooper’s shrewish wife from hell.

† Maurice Chevalier’s co-stars were Miriam Hopkins and Claudette Colbert in The Smiling Lieutenant, and Jeanette MacDonald in the other three films.

One Hour with You was co-directed by George Cukor. 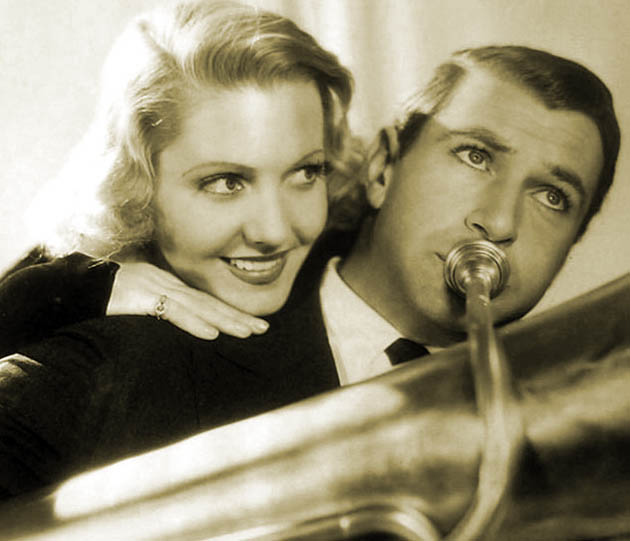 Gary Cooper in ‘Mr. Deeds Goes to Town,’ with Jean Arthur: At his effortless best.

Rex Harrison Movies: My Fair Lady + Anna and the King of Siam