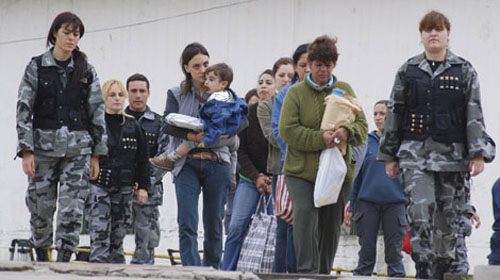 Best Documentary (ex-aequo): Khastegi / Sex My Life by Bahman Motamedian (Iran, 2008) and Out in India: A Family’s Journey by Tom Keegan (USA/India, 2007)

Filipino filmmaker Auraeus Solito, best known for his 2006 Teddy Award-winning The Blossoming of Maximo Oliveros, will be at the Torino GLBT Film Festival, which runs April 23-30, as a member of the international jury and to present the world premiere of his new feature, Boy, recently banned in Singapore.

In Boy, a young poet sells his comic books to afford a one-night stand with a macho rent-boy on New Year’s Eve. However, their relationship will not end that night as the boy in question will learn to accept his sexuality.

In addition to the competition sections (features, shorts, documentaries), the 24th Torino GLBT Film Festival will also offer the following:

The 2009 Miami Gay & Lesbian Film Festival (website) will kick off with a screening of Ella Lemhagen’s Swedish comedy Patrik, Age 1.5, in which a gay couple discover that their newly adopted “baby” is actually a 15-year-old anti-gay juvenile delinquent.

Among the other films scheduled at the festival, which runs until May 3, are:

Woody Strode Movies: From Tarzan Flicks to Once Upon a Time in...

It’s only in singapore that it is censored, i hope.

Sometimes the censorship board dont get things right. They censor movies like this in the fear of “promoting homosexuality”. But to be blatantly honest, its not possible to promote homosexuality. As a homosexual ive been cultivated and brought up in a plethora of films that “promotes heterosexuality” But i dont see it affecting me.

Then again, why do i even bother typing..