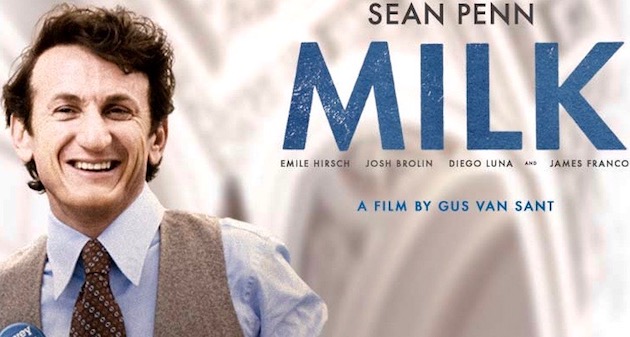 At the 2009 Academy Awards, both Milk and Slumdog Millionaire are the favorites in their respective Best Writing categories.

The other top pick in the WGA Awards’ motion picture categories was screenwriter-director Ari Folman’s animated Israeli feature Waltz with Bashir / Vals Im Bashir, selected as the Best Documentary Screenplay. Earlier this year, Folman’s autobiographical portrayal of his own experiences as a combatant during the 1982 Israel-Lebanon War was the surprise Best Film winner at the National Society of Film Critics Awards.

Below are the 2009 WGA Awards’ winners and nominees in the motion picture categories, in addition to a partial list of the TV winners/nominees.

Also below are this year’s winners of the regional British film critics’ Richard Attenborough Film Awards. Slumdog Millionaire was the top choice, with three wins: Best Film and Best Director, in addition to the Rising Star Award for Dev Patel (who also won the People’s Choice Award for British Breakthrough Star).

New Boy. In Steph Green’s Oscar-nominated live action short New Boy, a young boy from an unnamed African country is added to a class of Irish students. How difficult will his life be? Prior to its Oscar nomination, New Boy won awards at the Berlin, Belfast, Cork, Melbourne, Seattle, Tirana, and Tribeca film festivals. Tamara Anghie produced.

More awards season news: the 2009 Academy Award-nominated films in the Animated and Live Action Short Film categories will be screened as part of the program “Shorts!,” presented by the Academy of Motion Picture Arts and Sciences on Tuesday, Feb. 17, at 7:30 p.m. at the Samuel Goldwyn Theater in Beverly Hills. The program will feature onstage discussions with the nominated filmmakers (subject to availability).

Tickets for “Shorts!” are $5 for the general public and $3 for Academy members and students with a valid ID. The Samuel Goldwyn Theater is located at 8949 Wilshire Boulevard in Beverly Hills. For more information, call the Academy at (310) 247-3600 or visit www.oscars.org.

The 2009 Oscar ceremony will be held on Sunday, Feb. 22, at the Kodak Theatre at Hollywood & Highland Center in Los Angeles. 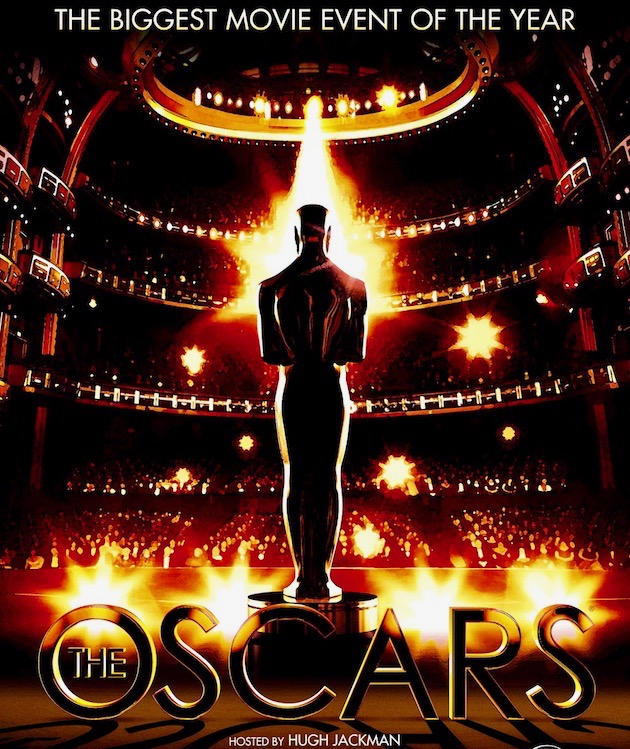 Oscar poster. According to the Academy’s press release, the 2009 Oscar poster is supposed to represent the point of view of Academy Awards ceremony host Hugh Jackman and that of Oscar winners, presenters, and performers at the Kodak Theatre in Hollywood.

Speaking of the Oscars, the Academy has announced that the official 2009 Oscar poster is now available for purchase.

The poster features the Oscar statuette spotlighted center stage among the bright lights of the Kodak Theatre, a representation of the point of view that Oscar ceremony host Hugh Jackman, and Academy Award winners, presenters, and performers will experience from the stage of the Kodak come next Feb. 22.

The 27×40-inch color Oscar poster, printed on premium quality, Forest Stewardship Certified paper, will be available only on the Academy’s website at www.oscars.org or by calling 1-800-554-1814.

Who are the Oscar-nominated ‘The Reader’ producers?

Lastly, the Academy has announced that producer credits for Best Picture nominee The Reader have been determined by the Producers Branch Executive Committee: The official Oscar 2009 nominees are Anthony Minghella, Sydney Pollack, Donna Gigliotti, and Redmond Morris.

As per the Academy’s press release:

“Because four producers were listed on the credits form submitted for Oscar consideration and Academy rules allow for only three producers – except in ‘a rare and extraordinary circumstance’ – to be nominated and potentially receive Oscar statuettes, a meeting of the executive committee was necessary.

In the end, the committee determined that the circumstances of The Reader – in which the two original producers (Minghella and Pollack) both died partway through the process – met its definition of ‘rare and extraordinary’ and that all four submitted individuals should be named as nominees.”

Winner of the 1996 Best Director Academy Award for The English Patient, Anthony Minghella died at age 54 in March 2008. Winner of two Academy Awards – as the director and producer of 1985 Best Picture winner Out of Africa – veteran Sydney Pollack (They Shoot Horses Don’t They?, The Way We Were) died at age 73 in May 2008.

Additionally, The Reader is up for five BAFTA Awards, and has earned Kate Winslet Best Supporting Actress honors from both the Hollywood Foreign Press Association’s 2009 Golden Globes and the Screen Actors Guild Awards.

I need, please, more info on the female vocalist for the Bob Dylan song played underneath the credits at the end of Manon on the asphalt.

Are the song lyrics available on this site?

It is sold out, but you can go and get into the stand-by line. Go early! It’s a popular event.

Does anyone know if any other theater will be showing these films?