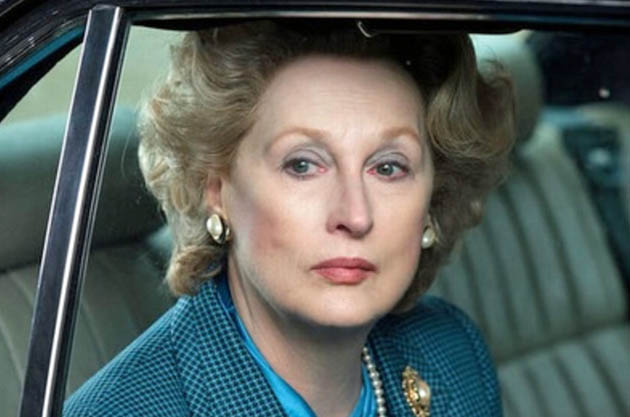 Our SAG Award predictions were mostly, though admittedly not totally, accurate. We did, however, correctly predict every single contender for SAG’s Best Actress Award. So, here we are with our last-minute Golden Globe Awards Predictions in various motion picture categories.

In a way, the Golden Globes are easier to predict than the SAG Awards or the Oscars because, generally speaking, if you’re star, you’re in. Hence, Johnny Depp and Angelina Jolie and The Tourist last year.

So, who are 2011’s stars, whether in front or behind the camera? In the Golden Globe Awards’ Best Actress in a Motion Picture – Drama category, our list seems complete:

That matches our SAG Award predictions – and the SAG nominations themselves. These are also the likely Best Actress Oscar contenders.

Even so, there are a trio of runners-up that could upset things:

Due to her lesser star wattage, an even less likely contender is Elizabeth Olsen for Martha Marcy May Marlene.

Felicity Jones (Like Crazy) and Brit Marling (Another Earth) have basically no chance here. The Los Angeles Film Critics Association‘s selection, South Korean Poetry actress Yun Jeong-hie, has no chance at all, even if eligible.

Now comes the entertaining part, the Golden Globe Awards’ Best Actress in a Motion Picture Comedy or Musical category: Kristen Wiig is in for Bridesmaids and so is Charlize Theron for Young Adult. Who else?

Since these are the Golden Globes, let’s look for a few big names:

Additionally, there’s always the possibility that My Week with Marilyn will be considered a comedy. If so, Michelle Williams will definitely be listed here (replacing Rachel McAdams and being replaced by Rooney Mara in the Best Actress – Drama category).

Else, Bérénice Bejo could be considered a lead actress for The Artist. Julia Roberts would then get the boot.

Else, your guess is as good as ours. Wild possibilities include:

Or maybe Katy Perry for The Smurfs and Tyler Perry for Madea’s Big Happy Family. 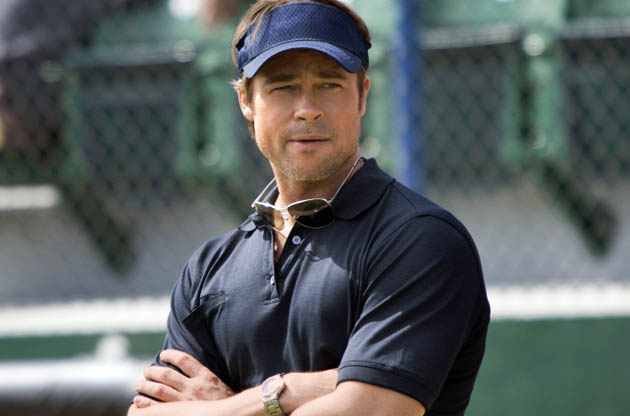 Brad Pitt in Moneyball. One of the top Hollywood stars of the last two decades, Brad Pitt has a good chance of becoming a double Golden Globe Awards nominee for his performances in Bennett Miller’s baseball drama Moneyball and Terrence Malick’s family drama/cosmic inquiry The Tree of Life. In case that does happen, it remains to be seen whether Pitt will be a double nominee in the Best Actor in a Motion Picture – Drama category, or if The Tree of Life will earn him a Best Supporting Actor nod. Pitt has been nominated for four Golden Globes, winning as Best Supporting Actor for Terry Gilliam’s Twelve Monkeys (1995).

The likely nominees for the Golden Globe Awards’ Best Actor in a Motion Picture – Drama category are the following:

The top runners-up are:

Demián Bichir was a SAG Awards surprise nominee for his performance as an undocumented immigrant in Chris Weitz’s A Better Life, but we don’t really expect Bichir will be as lucky with the Hollywood Foreign Press Association.

He would possibly have a better chance had A Better Life co-starred Robert Pattinson or Kristen Stewart, two of the leads in Weitz’s The Twilight Saga: New Moon. As a starless small movie – in terms of budget and box office – A Better Life has little to no chance of earning Bichir a Best Actor nod.

The likely nominees in the Golden Globe Awards’ Best Actor in a Motion Picture – Comedy or Musical category are:

And then things get tricky. Our guess would be Joseph Gordon-Levitt for the box office disappointment 50/50 and Robert Downey Jr. for Sherlock Holmes: A Game of Shadows, though we certainly wouldn’t find it surprising to find Johnny Depp listed for the box office bomb The Rum Diary – or even Pirates of the Caribbean: On Stranger Tides. Or both.

A couple of other possibilities are Ewan McGregor for Beginners and Steve Carell for Crazy, Stupid, Love.

Of course, the Hollywood Foreign Press Association could also choose to list Mission: Impossible – Ghost Protocol as a musical so they could nominate Tom Cruise, who does some pirouetting in that one.

Or perhaps the HFPA will go for Eddie Murphy in Tower Heist. That might help to soothe Murphy’s ego following the Oscar fiasco of a few weeks ago. But then again, it might not.

Mel Gibson for Jodie Foster’s The Beaver? Unlikely, though stranger things have happened at the Golden Globes.

If Bérénice Bejo is listed as a lead actress in a comedy or musical, then Shailene Woodley would be in for The Descendants.

There are several strong runners-up: 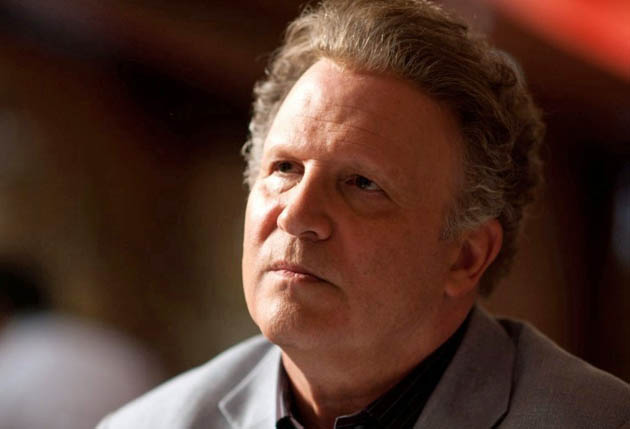 Albert Brooks in Drive. Best known for playing humorous characters, Albert Brooks (Lost in America, Defending Your Life) has received some of the best reviews of his career for his portrayal of a dour, violent gangster in Nicolas Winding Refn’s thriller Drive. One of this awards season’s top two Best Supporting Actors – the other being Christopher Plummer for Beginners – Brooks will likely be shortlisted for the Golden Globe Awards despite the fact that he has been just bypassed for the SAG Awards. In case Brooks does get nominated, that’ll be his first chance to take home a Golden Globe statuette.

For the Golden Globe Awards’ Best Supporting Actor category, shoo-ins are Christopher Plummer for Beginners and Albert Brooks for Drive – the latter a shoo-in who inexplicably was left out of the SAG Awards, whereas Armie Hammer was included for J. Edgar.

In the Golden Globe Awards’ Best Director category, look for a star. Or even better, stars. That’s why the likely nominees are:

In addition to, are you ready, Angelina Jolie for In the Land of Blood and Honey.

Michel Hazanavicius is a shoo-in for The Artist simply because he can’t be ignored.

Three other strong contenders are:

In case In the Land of Blood and Honey hasn’t been made available for viewing, we’re betting on Payne as one of the Top Five.

Less likely but not impossible:

A nomination for Lars von Trier – for Melancholia – would have been fascinating, but that’s hardly likely to happen.

George Clooney’s The Ides of March isn’t an impossibility, but it’s a less likely nominee considering that Clooney will already be getting his invitation to the party via The Descendants.

Mike Mills’ Beginners is a less likely possibility, but Roman Polanski’s Carnage could sneak in if listed as a comedy.

Runners-up include The Artist, Hugo, and J. Edgar.

We’ve been unable to find the list of eligible entries for the Golden Globe Awards’ Best Foreign Language Film category. Therefore, this is an off-the-cuff shortlist:

J. Edgar is make up,Carrell is himself,Dujardin is great and Depp is great in pirate same padt.