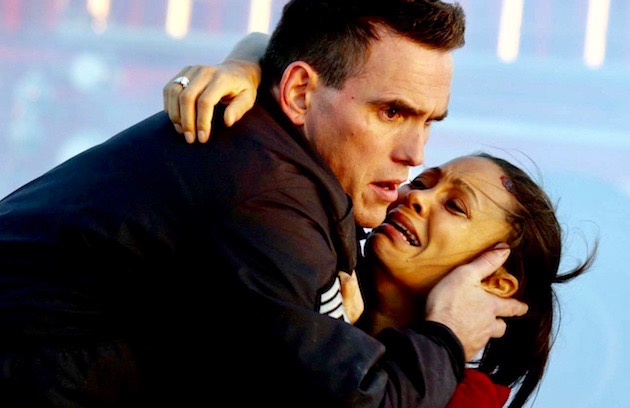 Golden Globes vs. Oscars: The 2006 Academy Award nominations were announced on Jan. 31. As usual, there were numerous similarities with the previously announced Golden Globe nominees (see further below); on the other hand, there were several major differences as well.

Here’s a notable one: whereas the Hollywood Foreign Press Association (HFPA) voters included Paul Haggis’ Crash in only two categories – Best Supporting Actor (Matt Dillon) and Best Screenplay (Haggis and Bobby Moresco) – the Los Angeles-set race drama was shortlisted for no less than six Academy Awards, including Best Picture and Best Director, in addition to nods for both Dillon and its screenplay.

Of the aforementioned six films, Memoirs of a Geisha was the one left out of the Best Picture Oscar race.

Significantly, Best Supporting Actor Oscar nominee Jake Gyllenhaal was bypassed by the Golden Globes. Since the Globes don’t cover any of the technical awards, Gyllenhaal turned out to be the only major talent in the “gay Western” left without a nod. (Anne Hathaway wasn’t really in contention this awards season.)

As for the remaining Academy favorites…

Golden Globes vs. Oscars: In all, Best Picture Oscar nominees Crash, Munich, and Capote failed to be shortlisted in either of the Golden Globes’ Best Motion Picture categories (“Drama” & “Musical or Comedy”).

That’s a somewhat rare occurrence, though a mere six years ago the same thing happened: Three Best Picture Oscar contenders – The Cider House Rules, The Sixth Sense, and The Green Mile – were nowhere to be found in the Golden Globes’ Best Motion Picture categories.

So far this century – including the year 2000 – the only previous mismatch took place when Ang Lee’s Mandarin-language Crouching Tiger Hidden Dragon (2000) failed to be shortlisted for the Golden Globes, as the Best Motion Picture categories are reserved for English-language releases. Lee’s period martial-arts drama did ultimately win as Best Foreign Language Film.

Golden Globes vs. Oscars: Notably, George Clooney received multiple nominations for both the Academy Awards and the Golden Globes, three in all.

At the Oscars, Clooney is in the running in the Best Director and Best Original Screenplay (with Grant Heslov) categories for Good Night and Good Luck., and as Best Supporting Actor for his performance as an unshaven, overweight CIA operative in Stephen Gaghan’s Middle East-set political thriller Syriana.

Clooney, in fact, has just made Oscar history by becoming the first performer-director to be nominated for different films in the directing and acting categories – unlike previous (needless to say, all male) hyphenates:

At the Golden Globes, George Clooney lost Best Director and Best Screenplay to the Brokeback Mountain talent (see further below), but he did top the Best Supporting Actor category for Syriana.

The simple answer is: Yes.

* Warren Beatty and Buck Henry co-directed Heaven Can Wait. Both Beatty and Henry were shortlisted for the Best Director Oscar. 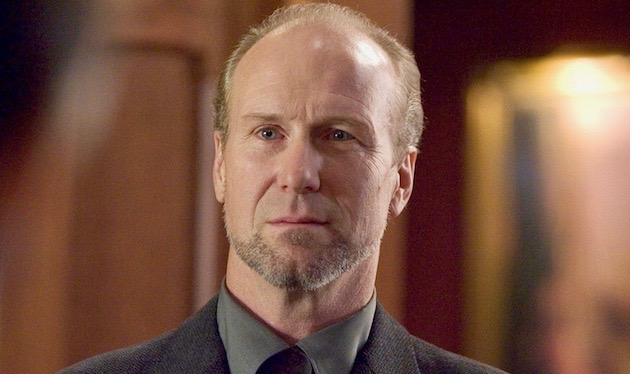 A History of Violence with William Hurt: Golden Globes vs. Oscars. Back in the mid-1980s, William Hurt was an Academy favorite, receiving three consecutive Best Actor Oscar nods: Kiss of the Spider Woman (1985), Children of a Lesser God (1986), and Broadcast News (1987). He took home an Oscar statuette for the first title. Since that time, the Academy has invariably bypassed him despite several well-received and/or commercially successful efforts (The Accidental Tourist, The Doctor). This year, Hurt is once again an Oscar contender for his Golden Globe-snubbed portrayal of a psycho gangster in David Cronenberg’s A History of Violence.

There were no noteworthy surprises among the 2006 Academy Awards’ top nominees, except perhaps for William Hurt’s appearance in the Best Supporting Actor category for his humorous psycho gangster turn in David Cronenberg’s thriller A History of Violence.

A quasi-surprise was having the generally well-received Munich included on the Best Picture roster after it was snubbed by the Producers Guild.

Golden Globes vs. Oscars: William Hurt was bypassed by the Golden Globes, and as mentioned above, so was Munich in the Best Motion Picture Drama category.

Among the most significant Oscar 2006 omissions were:

Also bypassed were Marie-Josée Croze (Munich‘s deadly Dutch temptress) and Randy Quaid (Brokeback Mountain‘s rough Wyoming rancher), though neither Croze nor Quaid, no matter how deserving their work, was ever perceived as a serious contender.

The Opposite of Fiennes: Keira Knightley failed to receive a Best Actress nod from the British Academy, but managed to land one on the other side of the Atlantic for her performance as Jane Austen heroine Elizabeth Bennet in Joe Wright’s British-made Pride & Prejudice.

Golden Globes vs. Oscars: Ralph Fiennes was also bypassed by the Golden Globes, but Woody Allen did make the Best Director cut – possibly (?) because there were six nominees in that particular category.

As for A History of Violence, both Cronenberg and Mortensen failed to land a nomination, but Maria Bello was in the running for Best Actress in a Motion Picture Drama.

Keira Knightley, for her part, was snubbed by the HFPA, while Los Angeles Film Critics Association Best Actress winner Vera Farmiga (for the little-seen indie Down to the Bone) was snubbed by both the HFPA and the Academy.

Golden Globes vs. Oscars: The Best Foreign Language Film eligibility rules for the Golden Globes are quite different than those for the Academy Awards. Yet this year three movies were shortlisted by both the HFPA an the Academy: Christian Carion’s Merry Christmas / Joyeux Noël (France), Hany Abu-Assad’s Paradise Now (Palestine), and Gavin Hood’s Tsotsi (South Africa).

The controversial Paradise Now, about a couple of Palestinian suicide bombers, was the eventual Best Foreign Language Film Golden Globe winner. Its chances at the Academy Awards, however, are less certain.

See below the full list of the 2006 Golden Globes’ winners and nominees in the motion picture categories.

And check out the 2006 Best Foreign Language Film Oscar submissions.

Best Original Song
* “A Love That Will Never Grow Old” from Brokeback Mountain.
“Christmas in Love” from Christmas in Love.
“Wunderkind” from The Chronicles of Narnia: The Lion, the Witch and the Wardrobe.
“There’s Nothing Like a Show on Broadway” from The Producers.
“Travelin’ Thru” from Transamerica. 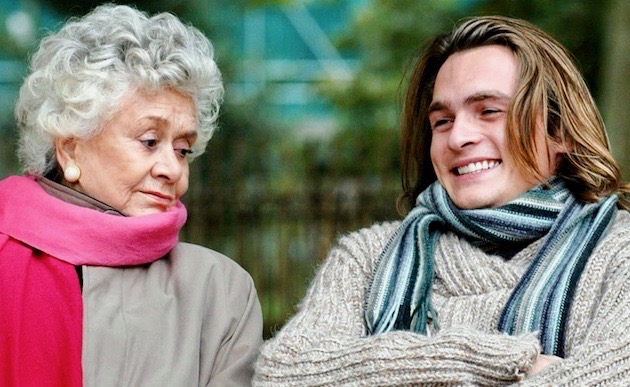 Mrs. Palfrey at the Claremont with Joan Plowright and Rupert Friend. Based on a novel by author Elizabeth Taylor (not the Cleopatra and Suddenly Last Summer actress), Mrs. Palfrey at the Claremont is one Oscar-bait movie that has failed to generate much awards season buzz. A fall 2005 release in the U.S., Dan Ireland’s comedy-drama starring veteran Best Supporting Actress Oscar nominee Joan Plowright (Enchanted April, 1992) and Pride & Prejudice actor Rupert Friend has been all but completely ignored. Golden Globes vs. Oscars: That includes being bypassed by both the HFPA and the Academy.

Told in flashback, Minh Nguyen-Vo’s pre-World War II French Indochina-set The Buffalo Boy was the International Federation of Film Critics’ Best Foreign Language Film FIPRESCI Prize winner at the 2006 Palm Springs Film Festival, held from Jan. 5–16 in the Southern California desert resort. The Buffalo Boy chronicles the less-than-pristine coming-of-age journey of a Vietnamese teenager whose job is to transport his family’s buffaloes to safer pastures during the monsoon season.

A total of 232 films from more than 70 countries were screened at the Palm Springs festival. Among the highlights were: