Goodbye Mr. Chips 1939, directed by Sam Wood, and starring Robert Donat and Greer Garson, will be the next feature in the Academy of Motion Picture Arts and Sciences’ series “Hollywood’s Greatest Year: The Best Picture Nominees of 1939” on Monday, June 29, at 7:30 p.m. at the Academy’s Samuel Goldwyn Theater in Beverly Hills. Juliet Mills, daughter of John Mills, who has a supporting role in the film, will introduce the program.

The evening will begin at 7 p.m., with a screening of the seventh chapter of the 1939 serial Buck Rogers, starring Buster Crabbe and Constance Moore, and the Metro-Goldwyn-Mayer Oscar-nominated cartoon Peace on Earth.

Robert Donat, who could be a truly excellent actor (think The Count of Monte Cristo and The Winslow Boy), won an Oscar for his somewhat calculated performance as an English schoolmaster in this somewhat cloying adaptation (by R. C. Sherriff, Claudine West, Eric Maschwitz) of James Hilton’s bestseller. Greer Garson, much more than somewhat lovely (as always), plays the love of Mr. Chipss’ life in what amounts to a supporting role. But supporting or no, Goodbye Mr. Chips deservedly made Garson a major star.

Tickets for Goodbye Mr. Chips and other individual films in the series are $5 for the general public and $3 for Academy members and students with a valid ID. Tickets may be purchased online at www.oscars.org, by mail, in person at the Academy during regular business hours or, depending on availability, on the night of the screening when the doors open at 6:30 p.m.

Curtain time for all features is 7:30 p.m., and pre-show elements will begin at 7 p.m. The Academy is located at 8949 Wilshire Boulevard in Beverly Hills. For more information, call (310) 247-3600. For the latest updates on guests, cartoons, and other films in the series, visit www.oscars.org. 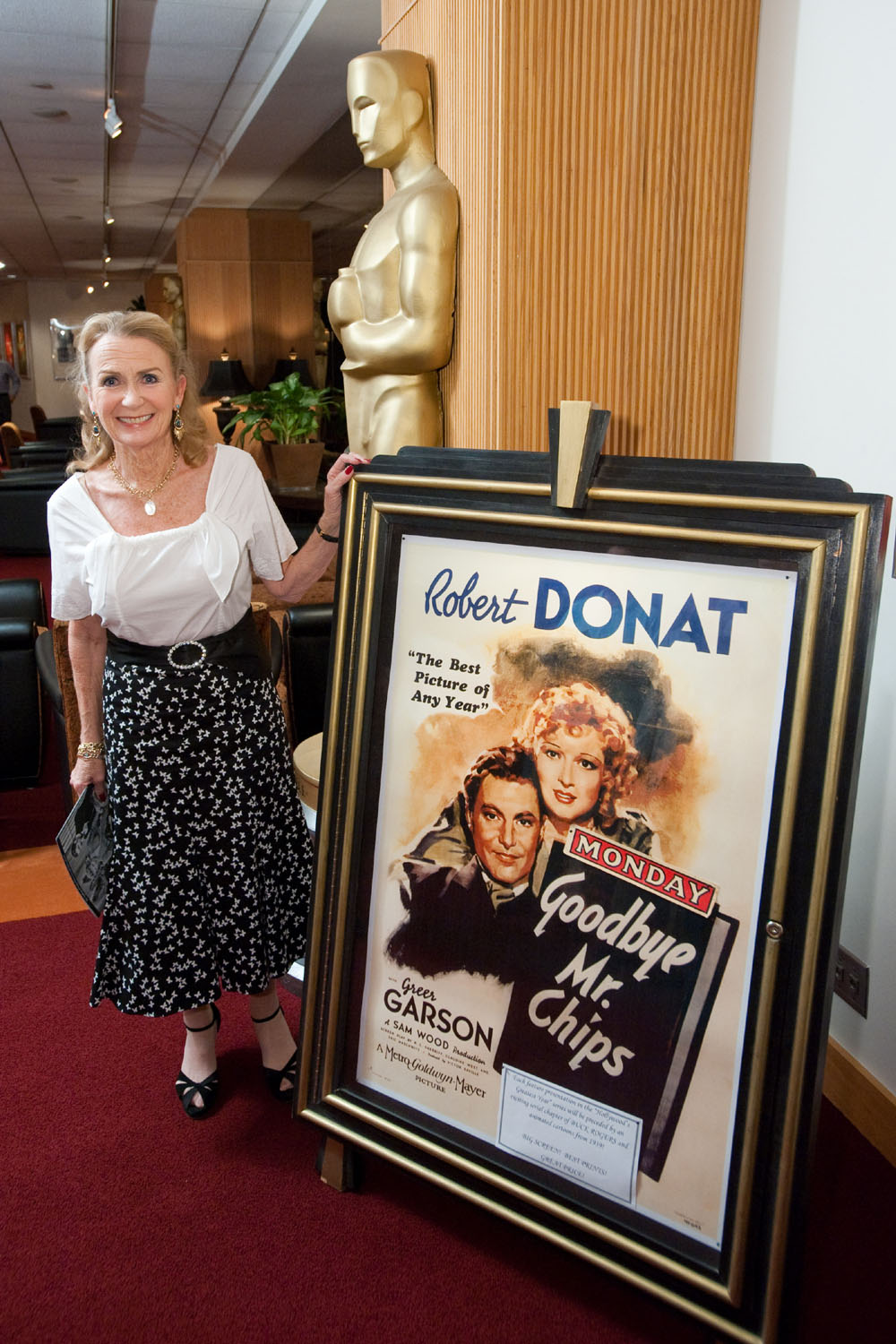 Actress Juliet Mills, daughter of John Mills, prior to a screening of Goodbye Mr. Chips presented by the Academy of Motion Picture Arts and Sciences on Monday, June 29, at the Samuel Goldwyn Theater in Beverly Hills.

John Mills, who went on to become one of the biggest British film stars of the 20th century, has a supporting role in Goodbye Mr. Chips, which stars Robert Donat and Greer Garson. 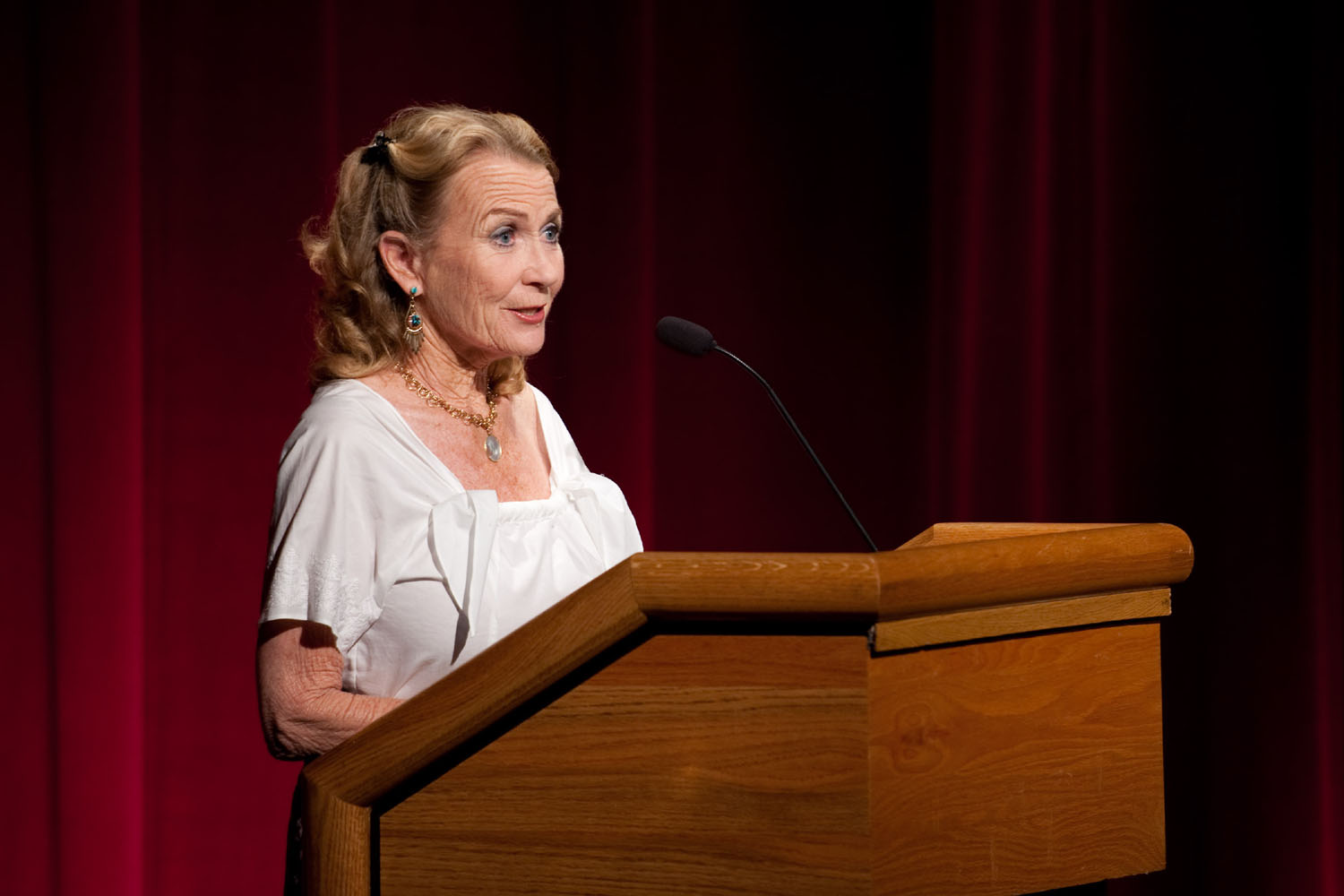 Among Juliet Mills’ big-screen credits are The Rare Breed, Avanti!, and The Other Sister.

Hey, look we all love Hayley but seeing Juliet is an absolute treat as well I think! Juliet is looking absolutely wonderful in these pics. How lucky they were, those who were able to hear her speak. And to see John Mills in one of his earliest movies - what a night!! Thank you so much for sharing!