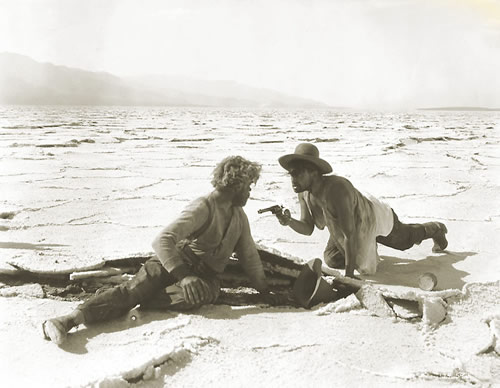 Erich von Stroheim’s masterpiece and one of the best silent films ever made, Greed remains a powerful indictment against the deadly sin of the title.

Based on Frank Norris’ novel McTeague, Greed revolves around the misdeeds of a California dentist (Gibson Gowland), his miserly wife (comedienne ZaSu Pitts magisterially cast against type), and her former lover (Jean Hersholt), all of whom sacrifice everything – and I mean everything – to the almighty god of dollar bills.

Stroheim’s initial cut had 47 reels, which the director wanted to release as two films. Louis B. Mayer and Irving G. Thalberg’s Metro-Goldwyn (and its parent company, Loews, Inc.), which inherited the out-of-control project from the Goldwyn studios, balked at the idea. (Thalberg had previously clashed with von Stroheim when both were working at Universal.)

With the assistance of Metro director Rex Ingram, screenwriter-producer June Mathis, who had supervised the making of the film while at Goldwyn Pictures, and editor/intertitle writer Joseph W. Farnham, Greed was eventually pared down to 10 reels (approximately 2h15m). That is what’s known to survive from the original film.

But in spite of the drastic cuts, many of Stroheim’s magnificently perverted excesses are very much in evidence in this unforgettable journey into both inner and outer hell.