Greer Garson received no less than six Best Actress Academy Award nominations during a seven-year span (1939-1945). The Oscar record of MGM’s First Lady of the 1940s is only matched by that of Warner Bros.’ First Lady of the 1940s (and of the late 1930s), Bette Davis, who also earned six Best Actress nominations during a seven-year span (curiously, only one year ahead of Garson: 1938-1944).

Additionally, Greer Garson and Bette Davis are the only two performers to have been nominated five years in a row for an Oscar in the acting categories: Garson from 1941-45; Davis from 1938–1942.

But what about Oscar Queen Meryl Streep?

Well, it’s true that Streep has earned several thousand nominations in the last three and a half decades, but never as many as Garson and Davis during a short period.

The closest Streep has gotten to the two former First Ladies was in the 1980s, when she received six Best Actress nominations during an eight-year span – Ulu Grosbard’s Falling in Love (1984) and Mike Nichols’ Heartburn (1986) did her in.

This evening, Feb. 7, Greer Garson fans – I’m one of them – can catch up with some of the actress’ most prestigious 1940s work on Turner Classic Movies, as TCM’s “31 Days of Oscar” continues with the presentation of five Oscar-nominated Garson performances:

Walter Pidgeon is Garson’s leading man in the first four films; he was nominated in the Best Actor category for Mrs. Miniver and Madame Curie.

None of the five films is what I’d call great – not even close. They’re all overlong sentimental melodramas of varying quality. Yet if Greer Garson is in them, movie lovers everywhere should check them out at least once.

The Valley of Decision

In my view, the best of the bunch is Tay Garnett’s The Valley of Decision, which pairs Irish housemaid Greer Garson with Gregory Peck. Garnett’s handling of the proceedings is a little heavy-handed, something that was hardly uncommon in MGM movies of the period, but Garson and the film’s storyline – a mix of human and labor relations – managed to hold this viewer’s interest.

Curiously, Gregory Peck was about a dozen years younger than his 40-something leading lady, a casting choice that was unusual in those days (or now, for that matter).

Blossoms in the Dust & Madame Curie

Mervyn LeRoy’s Blossoms in the Dust and Madame Curie are both quite well intentioned and quite dramatically flat – unlike the excellent LeRoy-Garson effort Random Harvest, released between the two. But despite their shortcomings, these glossy MGM releases are notable star vehicles based on real-life women – social activist Edna Gladney, scientist Marie Curie – who effected significant sociocultural changes. As a plus, they’re sumptuous, great-looking productions. 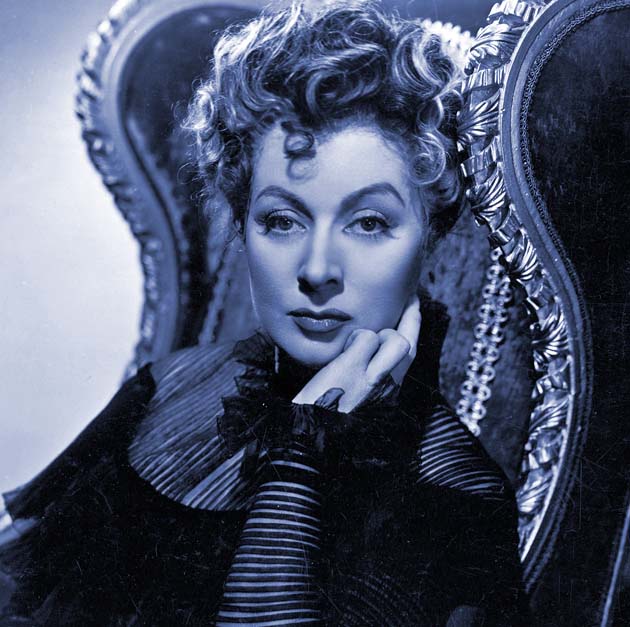 The Oscar-winning blockbuster Mrs. Miniver, about the bravery and suffering of the British people at the onset of World War II, is one of William Wyler’s weakest efforts. But a major blockbuster it was.

Garson took home the Best Actress Oscar (she should have won for Random Harvest that same year) – and delivered a speech that is supposed to have been the longest ever in the annals of the Academy (even if true, not nearly as long as wags would have it) – while fellow player Teresa Wright won as Best Supporting Actress. (Wright was a double nominee in 1942; she was also up for Best Actress for Sam Wood’s The Pride of the Yankees.)

I used to think that Tay Garnett’s Mrs. Parkington was about the wife of James Parkinson, the British surgeon who identified the condition later known as Parkinson’s disease. That’s not the case at all (notice the spelling) – think instead of the title Mrs. Miniver and all the money that movie generated.

Too bad, really, as a motion picture about Mrs. Parkinson would likely have been more intriguing than this insufferable period melodrama about class distinctions. Garson, however miscast, is one of its few saving graces.