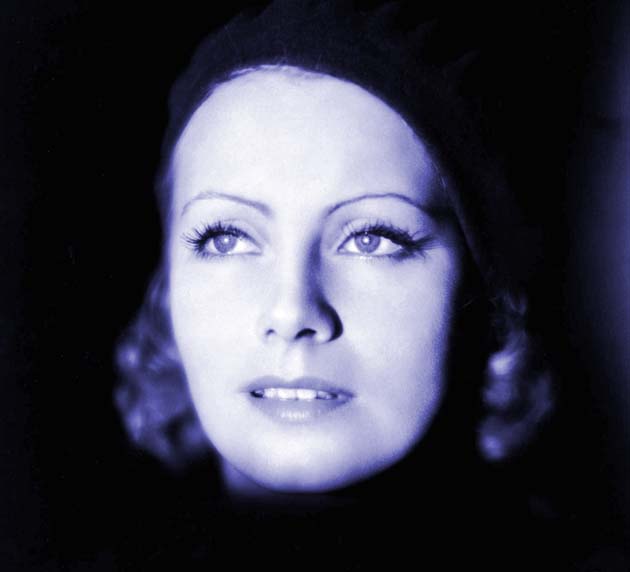 Greta Garbo, a rarity among silent era movie stars, is Turner Classic Movies’ “Summer Under the Stars” performer today, Aug. 26. Now, why would Garbo be considered a silent era rarity?

And so much for all the stories about actors with foreign accents being unable to maintain their Hollywood stardom following the advent of sound motion pictures.

A Metro-Goldwyn-Mayer star, Garbo was no major exception to the supposed rule. Mexican Ramon Novarro, another MGM star, also made an easy transition to sound, and so did fellow Mexicans Lupe Velez and Dolores del Rio, in addition to the very British Ronald Colman and Garbo’s fellow Swede Warner Oland.

Sound films also made Hollywood stars out of Frenchmen Maurice Chevalier and Charles Boyer, Germans Marlene Dietrich and Luise Rainer, and a whole array of British performers ranging from Charles Laughton and Leslie Howard to Cary Grant and Madeleine Carroll.

Greta Garbo is a silent film rarity because she is one of a handful of stars from the pre-sound era – along with Rudolph Valentino, Charles Chaplin, Lon Chaney, Rin Tin Tin, and a couple of others – who remain well known today.

True, most of the crowd who paid to see Jurassic World, Straight Outta Compton, Avengers: Age of Ultron, and Pitch Perfect 2 have never heard of her. But then again, there’s a good chance many (most?) of them have never heard of Elizabeth Taylor, Jane Fonda, Robert Redford, or Paul Newman either.

Also, unlike the overwhelming majority of silent performers, Greta Garbo can be frequently seen – even without being heard – on TCM, which is owned by Time Warner, which also owns most of the pre-1986 MGM film library. Garbo never made a Hollywood movie outside of her home studio, and since all her American silents either have acquired or were originally released with a soundtrack, there’s only one “rare” U.S.-made Greta Garbo silent film (hopefully still) out there: Victor Sjöström’s The Divine Woman (1928), of which only nine minutes are known to survive.

‘Wild Orchids’ and ‘A Woman of Affairs’

Wild Orchids and A Woman of Affairs are unabashed silent melodramas. Directed by Sidney Franklin – best remembered for The Good Earth (1937) – the box office hit Wild Orchids (1929) stars Garbo as a young woman whose older husband (Lewis Stone, in another stolid role) introduces her to a short-tempered Javanese prince (the Swede Nils Asther, who three years later would play Chinese in The Bitter Tea of General Yen). Inevitably, adultery, jealousy, and attempted murder ensue.

Based on Michael Arlen’s scandalous novel and play The Green Hat, A Woman of Affairs (1929) is surprisingly enjoyable, featuring what may well be Garbo’s best silent-era performance as a woman who knows what she wants, how to get it, and how to drive everyone around her totally nuts.[1]

The film is also notable as her last silent pairing with MGM superstar John Gilbert (following Flesh and the Devil and Love), whose role is actually subordinate to hers. They would be reunited in Queen Christina (1933), but by then Gilbert, no longer an MGM contract player, was billed below the title.

But perhaps what’s most remarkable about both Wild Orchids and A Woman of Affairs is that Greta Garbo was about 23/24 years old at the time. Believe it or not, that worldly, timelessly mature, jaded-looking woman on screen was actually younger than the likes of Kristen Stewart, Emma Watson, Jennifer Lawrence, Dakota Johnson, Elizabeth Olsen, Margot Robbie, and Mia Wasikowska today.

That’s why that same year – in her very last silent film – Garbo was able to play an “older woman” opposite Hollywood newcomer Lew Ayres (All Quiet on the Western Front) in Jacques Feyder’s The Kiss. In real life, the boyish Ayres was only three years younger than the film’s star. 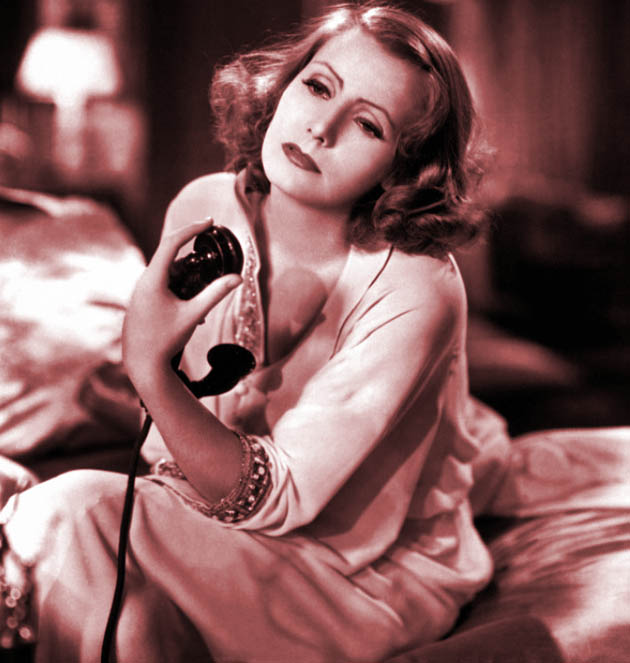 Grand Hotel (1932) has a special place in Academy Award and in film history. To this day, this Paul Bern-produced (for MGM second-in-command Irving G. Thalberg), Edmund Goulding-directed drama remains the only film to have won the Best Picture Academy Award without any other nominations. Besides, Grand Hotel is officially considered the very first all-star Hollywood production. In addition to Greta Garbo, the cast includes John Barrymore, Joan Crawford, Wallace Beery, and Lionel Barrymore – plus Lewis Stone and Jean Hersholt.

Based on Vicki Baum’s novel Menschen im Hotel (“People in Hotel”), Grand Hotel has dated badly. Despite the generally capable actors’ director Edmund Goulding, the stellar cast is a key part of the problem: Garbo, as a temperamental Russian ballerina in love with hotel thief John Barrymore, is a case in point. It’s in Grand Hotel that she despondently mutters her trademark phrase, “I vant to be alone,” but it’s hard not to laugh out loud or cringe silently when she exults (to the telephone), “Rrrring! Rrrrring! Rrrrring!”

John Barrymore’s lover is as superficial as Garbo’s ballerina is artificial, while Wallace Beery’s role – he actually attempts a German accent by way of Missouri – should have been played by Emil Jannings or perhaps Hans Albers. Lionel Barrymore, ever eager to chew on large chunks of scenery, spends all his scenes getting drunk and whining about the vicissitudes of life. (His working-class accountant is dying; unfortunately, not fast enough.) So it’s up to stenographer Joan Crawford to come up with Grand Hotel‘s only naturalistic, down-to-earth characterization.

A major box office hit at the time of its release – the film was one of Garbo’s biggest early 1930s hits, alongside Mata Hari and Queen Christina – Grand Hotel would be remade (with alterations) as Week-End at the Waldorf. Directed by Robert Z. Leonard, this 1945 MGM blockbuster starred Ginger Rogers in the old Garbo role, plus Walter Pidgeon, Lana Turner, Van Johnson, and Edward Arnold.

Also worth noting, 1930s supporting player and minor leading lady Mary Carlisle is supposed to have a small role in Grand Hotel, as the young honeymooner Mrs. Hoffman. Still (to the best of my knowledge) alive at age 101, Carlisle is one of the rare surviving “name” performers of that decade. 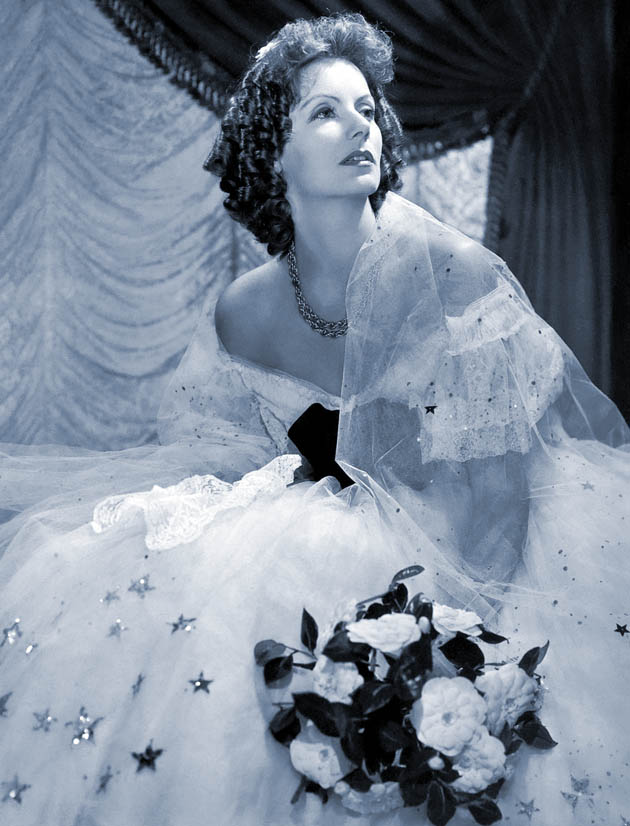 Many consider Camille (1937) to be Greta Garbo’s greatest film and to feature her greatest performance. My personal favorite is Rouben Mamoulian’s Queen Christina (1933), but this George Cukor-directed romantic melodrama is an exemplar of studio filmmaking at its acme.

Most of what Hollywood churned out during the so-called “Golden Age” was sheer mediocrity – in other words, the themes and approaches may have been different, but in terms of quality, things were no different than what gets churned out today. When people lament, “They don’t make ’em like they used to,” they’re (hopefully) thinking of something like Camille – a true rarity during the studio era; a film clearly aimed at a mature, sophisticated audience.

For her efforts as the seemingly ageless – but all too mortal – French courtesan Marguerite Gautier, Garbo was shortlisted for the 1937 Academy Awards. She lost to fellow MGM star Luise Rainer in The Good Earth.

As an aside: on the IMDb‘s Greta Garbo page, she is listed as having appeared as herself in Sidney Lumet’s 1984 comedy Garbo Talks, starring Anne Bancroft as a Garbo fan.

In that film, Garbo is actually played by writer/songwriter Betty Comden, whose screenwriting credits include On the Town, Singin’ in the Rain, and Auntie Mame.

[1] In 1934, Norma Shearer starred opposite Herbert Marshall and Robert Montgomery in Edmund Goulding’s (quite weak) Riptide, which was to have been a remake of A Woman of Affairs. Instead, the story was fully revamped, while another 1934 release, Robert Z. Leonard’s box office bomb Outcast Lady, turned out to be the “official” remake. Constance Bennett and Herbert Marshall starred.

That same year, Greta Garbo was seen opposite Herbert Marshall – who seemed to be everywhere in 1934 – and George Brent in Richard Boleslawski’s The Painted Veil, which has several plot elements in common with Wild Orchids. 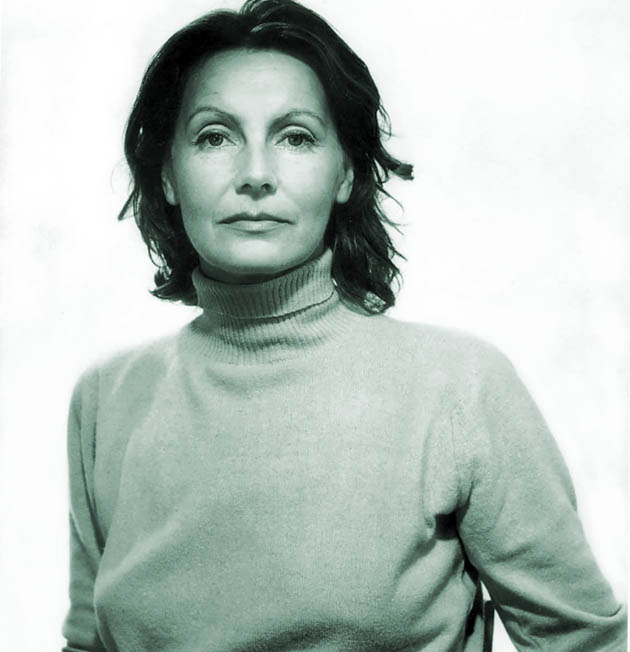 I have just discovered Greta Garbo, and the films she made. I prefer sound movies, and I can see why she was the star that she was. I love all her movies, and cannot pick a favorite.

Andre,
I haven’t read you in a while and was glad to see the newer entry.
hoping you are well.