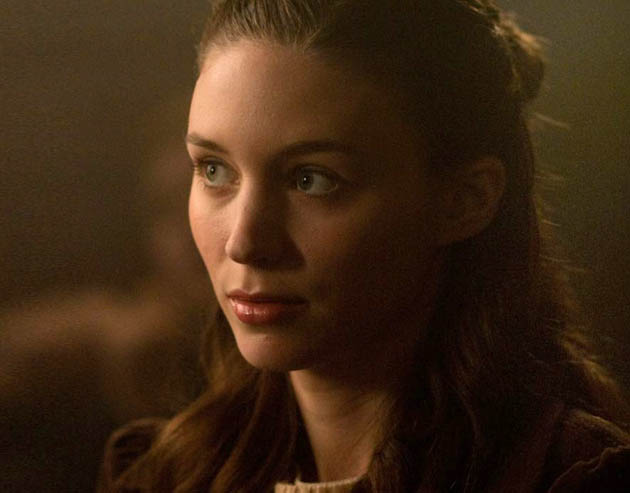 Critics awards: Groupthink is most everywhere

Groupthink is an awards season disease, as can be attested by the Best of 2010 lists of winners and nominees that have been made public in the last few days. (See various lists further below.)

As has been almost invariably the case since the pre-Oscar proliferation of U.S.-based critics groups announcements, the groupthink virus continues to infect the numerous voting bodies. As a result – with a handful of exceptions – the same two or three movies, actors, actresses, screenwriters, etc., are being honored ad nauseam.

Is that because critics really all agree that The Hurt Locker, Slumdog Millionaire, and The Social Network are – by far – the best movies of their respective years?

Or is that because they are the “acceptable” titles? In other words, Oscar-worthy movies – in terms of possibility, not quality – and thus publicity-worthy as well? Critics groups, after all, must remain relevant.

Or could it simply be that each year most U.S. film critics watch the same dozen or so new releases?

Fincher’s Facebook movie has also been shortlisted by the American Film Institute and the Detroit Film Critics.

Admittedly, there have been the inevitable handful of groupthink exceptions in other categories. In internationally minded Los Angeles, for instance, Kim Hye-ja topped the Best Actress category for her work in Bong Joon-ho’s South Korean psychological drama Mother, while Niels Arestrup was Best Supporting Actor for his work in Jacques Audiard’s French prison drama A Prophet.

It’s always a heartening sign whenever U.S.-based critics – inundated with Hollywood fare all year long – succeed in acknowledging the existence of quality filmmaking from other parts of the globe.

Below are the recently announced lists from the various groups.

Best Use of Music in a Film: Trent Reznor and Atticus Ross, The Social Network.

Ensemble Cast: The Kids Are All Right.

Breakthrough Performer: Noomi Rapace, The Girl with the Dragon Tattoo. 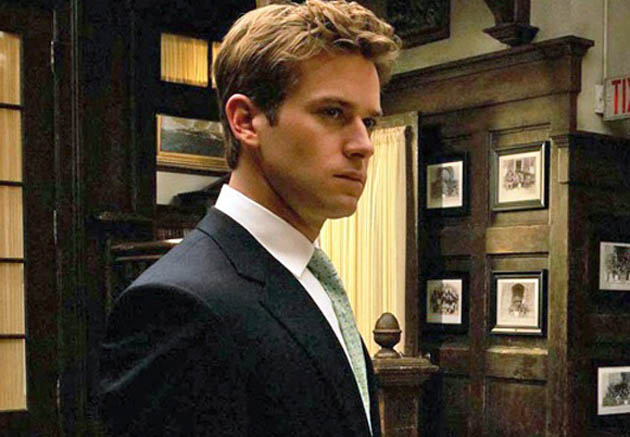 Armie Hammer in The Social Network. Groupthink exception: In a dual role – with the help of CGI and Josh Pence’s body – as Winklevoss twins Cameron and Tyler, Hammer has been surprisingly singled out as the year’s Best Supporting Actor by the Toronto Film Critics Association.

Admittedly, the Toronto Film Critics came up with a few surprises as well.

First of all, there was Armie Hammer’s aforementioned win for playing – with the assistance of CGI and Josh Pence’s body – the twins Cameron and Tyler Winklevoss in The Social Network. Hammer hasn’t really been on anyone’s awards season radar thus far.

Two other moderately surprising choices were:

The same can be said of the Best Documentary award being given to Banksy’s Exit Through the Gift Shop, which also happened to be the Best First Feature winner.

The Best Canadian Film winner will be announced on Jan. 12.

Best Foreign Language Film: Uncle Boonmee Who Can Recall His Past Lives.

Best Screenplay: The Social Network, written by Aaron Sorkin, and based on the book The Accidental Billionaires by Ben Mezrich.

Best Animated Feature: How to Train Your Dragon.

Special Citation: Bruce McDonald, who directed four movies in 2010 – This Movie is Broken, Trigger, Music from the Big House, and Hard Core Logo 2. 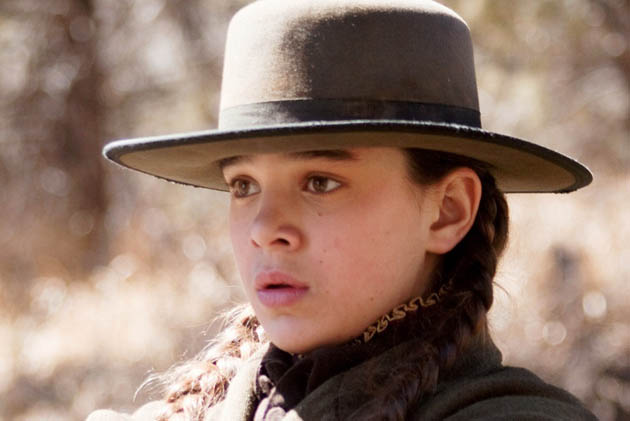 Hailee Steinfeld in True Grit is groupthink exception. Melissa Leo is easily this year’s favorite Best Supporting Actress for her performance in David O. Russell’s boxing drama The Fighter. Even so, relative newcomer Hailee Steinfeld has topped that category a few times so far for her work in Joel and Ethan Coen’s Western True Grit. Kim Darby had Steinfeld’s role in Henry Hathaway’s 1969 movie version of Charles Portis’ novel.

Groupthink exceptions – even if only moderately surprising – from the Southeastern Film Critics Association include the following:

Elsewhere, it’s been all about The Social Network, Colin Firth, and Natalie Portman.

The Gene Wyatt Award (for a film that best evokes ‘The Spirit of the South’): Winter’s Bone.

Hereafter with Matt Damon. U.S. critics’ darling and two-time Best Director Oscar winner or no, Clint Eastwood (Unforgiven, 1992; Million Dollar Baby, 2004) has had his metaphysical drama shortlisted in the St. Louis Film Critics Association’s Worst Movie of the Year category. No groupthink there, though, admittedly, Hereafter hasn’t been exactly an awards season favorite.

The St. Louis Film Critics Association mostly played it safe in their 2010 nominations. The five Best Film nominees, for instance, are all potential Best Picture Oscar candidates that have been already shortlisted elsewhere: Black Swan, The Fighter, Inception, The King’s Speech, The Social Network.

The one major surprise in the acting nominations was in the Best Actress race: Annette Bening (for the mid-level box office performer The Kids Are All Right, which was completely shut out) was absent while Naomi Watts (Fair Game) was in.

The other major surprise was finding U.S. critics’ fave and two-time Best Director Oscar winner Clint Eastwood (Unforgiven, 1992; Million Dollar Baby, 2004) having one of his efforts – the metaphysical Hereafter – included among the five Worst Movies of the year. Also in contention: James L. Brooks’ box office disaster How Do You Know, Skyline, When in Rome, and The Wolfman.

Meanwhile, Jackass 3D can be found in the Best Comedy category. A joke? Could Hereafter, for one, have been funnier?

No major surprises are to be found in the American Film Institute’s list of best American movies released in 2010. Something notable, however, is the inclusion of two independently made efforts directed by women: Debra Granik’s Ozarks-set drama Winter’s Bone and Lisa Cholodenko’s family comedy-drama The Kids Are All Right.

In order to include a nonfiction film and a non-American production in their honor rolls, this year the AFI announced “Special Awards” for Tom Hooper’s The King’s Speech – a British box office hit in the U.S. and already an Oscar favorite – and Davis Guggenheim’s Waiting for ‘Superman’.

Non-English-language films such as A Prophet and Mother, no matter how well received, were out of luck.

Needless to say, the AFI isn’t a critics group. Besides, they don’t announce a specific winner, sticking to a Top Ten list instead. See below.

AFI movies of the year (in alphabetical order)

Starring Leonardo DiCaprio, the dream-invading Inception also won two awards in Indiana: Best Director for Christopher Nolan and the Original Vision Award, “meant to recognize a film that is especially innovative or original.” 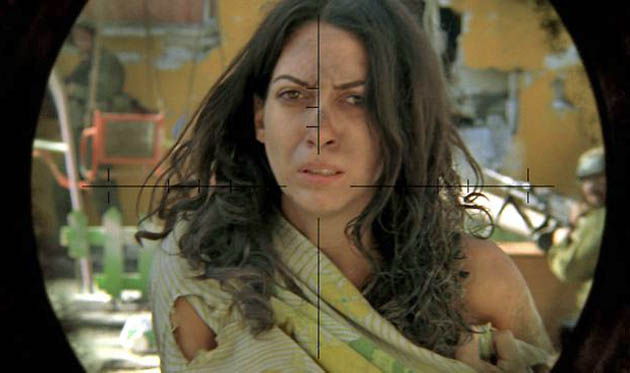 More groupthink exceptions: King & Kids not quite all right

Indiana-style groupthink exceptions: Totally shut out were Tom Hooper’s The King’s Speech and Lisa Cholodenko’s The Kids Are All Right.

Also, somewhat – albeit increasingly less – surprising was Hailee Steinfeld as Best Supporting Actress and How to Train Your Dragon being voted Best Animated Film.

And last but not least, screenwriter Andie Redwine was honored with The Hoosier Award for her work on Storme Wood’s Paradise Recovered, described as “a film about a woman from a cloistered religious sect forced to view her community from a new perspective, which was partially shot in southern Indiana.”

The Hoosier Award “recognizes a significant cinematic contribution by a person or persons with Indiana roots.”

Best Film of the Year: The Social Network.

Best Animated Film: How to Train Your Dragon.

Mother Roles: Teresa Wright Goes from Marlon Brando to The...

Why is the absence of Annette Bening (The Kids Are All Right) and the inclusion of Naomi Watts (Fair Game) in the Best Actress race be a surprise? Sorry it is definitely not a surprise but absolutely correct and most righteous. Ms. Watts gave one of the best performances of the year and Bening not. Therefore no surprise whatsoever.