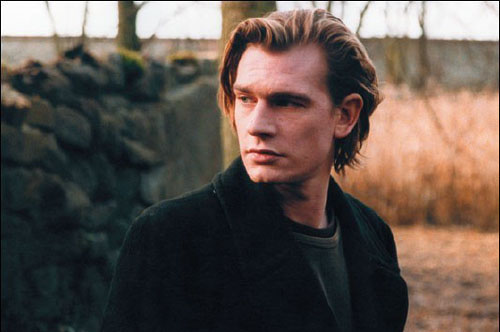 Guillaume Depardieu, best known, perhaps, as the eldest son of superstar Gérard Depardieu, has died of complications from pneumonia at a hospital in the Greater Paris area. He was 37.

Depardieu had a troubled relationship with his father, with whom he had a public falling-out in 2003. The following year, Guillaume published a tell-all autobiography accusing his father of being neglectful. (His mother was actress Elisabeth Guignot.)

“I love him and I detest him for the same reasons.” he wrote in Tout Donner. “For his impotence. For his way of fleeing life, and existence, and fighting against it at the same time. He is stupid. He is hopeless. He surrounds himself too much with people who bring him nothing.”

Some sources assert that the Depardieus had since reconciled.

A good-looking man in his youth, Guillaume Depardieu aged rather rapidly possibly as a result of hardcore drug use – for which he takes responsability in his book. In 2003, he had his right leg amputated so as to get rid of a painful bacterial infection that he’d caught at a hospital while being treated for injuries suffered in a 1996 motorcycle accident.

A few years ago, Depardieu caused a minor furor after bluntly asking a television journalist if the Grand Journal set was “stinking of shit.” Reason for he remark: then-presidential candidate Nicholas Sarkozy had been on the set prior to Depardieu’s arrival.