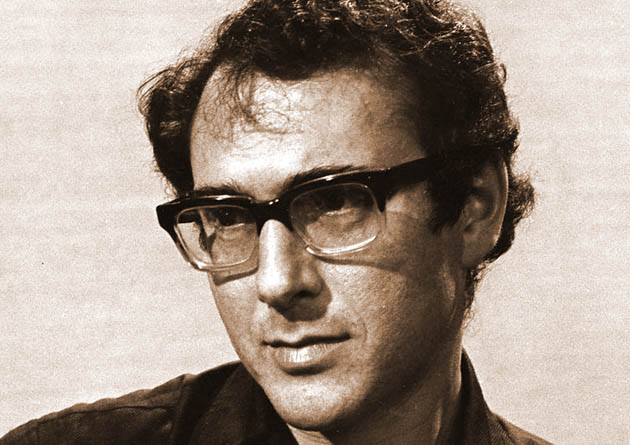 “The crimes of the United States have been systematic, constant, vicious, remorseless, but very few people have actually talked about them,” said 75-year-old British playwright and screenwriter Harold Pinter (The Servant, The Go-Between) during his fiery 2005 Nobel Prize in Literature acceptance speech on Dec. 7.

“You have to hand it to America. It has exercised a quite clinical manipulation of power worldwide while masquerading as a force for universal good. It’s a brilliant, even witty, highly successful act of hypnosis.

“I put to you that the United States is without doubt the greatest show on the road. Brutal, indifferent, scornful and ruthless it may be but it is also very clever. As a salesman it is out on its own and its most saleable commodity is self love. It’s a winner.”

After deriding the use of “the American People” as political bait, Harold Pinter went on to describe the U.S.-led Iraq War as “a bandit act, an act of blatant state terrorism, demonstrating absolute contempt for the concept of international law,” asserting that “at least 100,000 Iraqis were killed by American bombs and missiles before the Iraq insurgency began. These people are of no moment. Their deaths don’t exist. They are blank.”

“But Bush has been clever,” Pinter added. “He has not ratified the International Criminal Court of Justice. … But Tony Blair has ratified the Court and is therefore available for prosecution. We can let the Court have his address if they’re interested. It is Number 10, Downing Street, London.”

The Swedish Academy’s press release states that “since 1973, Pinter has won recognition as a fighter for human rights” and “has often taken stands seen as controversial.”

But the Nobel Prize-bestowing Academy apparently has a yen for “controversial” types. In the New York Times, Sarah Lyall asserts that in recent years the Nobel Prize in Literature has been awarded to writers “with left-wing ideologies” – though in all fairness, “writers with a(n equally controversial) liberal-humanistic worldview” would have been a more accurate description of Pinter’s, Dario Fo’s, Günter Grass’, and José Saramago’s “ideologies.” 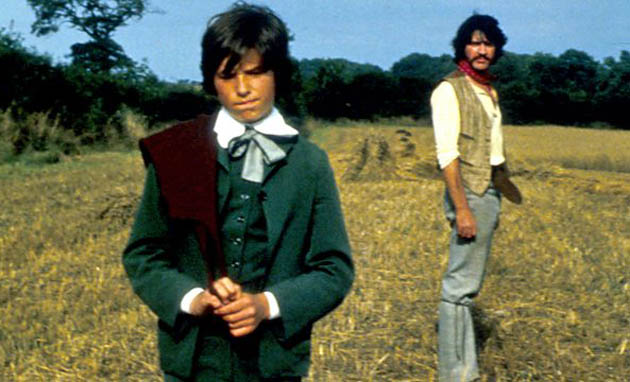 Harold Pinter wrote the screenplay for The Go-Between, which features Alan Bates and Dominic Guard in the title role. Also in the cast of Joseph Losey’s film version of L.P. Hartley’s novel are Julie Christie, Edward Fox, and veterans Margaret Leighton, Michael Redgrave, and Michael Gough.

Among the London-born Harold Pinter’s best-known screenplays are those for:

Described on the Swedish Academy’s website as “the foremost representative of British drama in the second half of the 20th century,” Harold Pinter has been suffering from esophagus cancer, and was forbidden by his doctors to travel to Stockholm for the Nobel Prize ceremony. His speech was delivered through a video recording.

“When we look into a mirror we think the image that confronts us is accurate. But move a millimetre and the image changes. We are actually looking at a never-ending range of reflections. But sometimes a writer has to smash the mirror – for it is on the other side of that mirror that the truth stares at us.

I believe that despite the enormous odds which exist, unflinching, unswerving, fierce intellectual determination, as citizens, to define the real truth of our lives and our societies is a crucial obligation which devolves upon us all. It is in fact mandatory. If such a determination is not embodied in our political vision we have no hope of restoring what is so nearly lost to us – the dignity of man.”