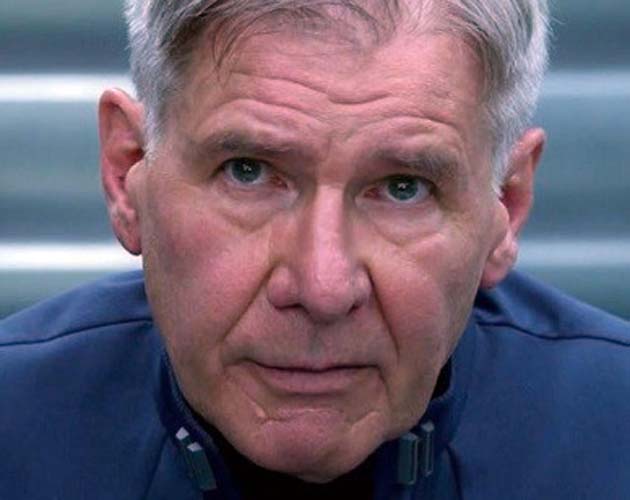 Star Wars and Raiders of the Lost Ark actor Harrison Ford was supposed to be in critical condition – later reports have upgraded the alarmist news to “fair” or “stable” condition – following an accident with a small airplane in Los Angeles’ Westside.

Earlier this afternoon, a vintage, one-engine two-seater crash-landed at the Penmar Golf Course, located in the Los Angeles suburb of Venice, not far from the Pacific Ocean and just west of Santa Monica Airport.

Its pilot, 72-year-old Harrison Ford, was found “seriously” injured. He was alone on the plane. There were no injuries on the ground.

As explained in the Los Angeles Times, “fire officials would not identify the victim of the crash but said he was conscious and breathing when paramedics arrived.”

Ford was later transported to an unidentified hospital.

As so often happens in cases involving celebrities, TMZ.com broke the Harrison Ford crash story. As the online and TV tabloid is not considered a genuine news source, other news outlets were initially referring to the injured victim as “believed to be” or “reportedly” actor Harrison Ford.

The Times article goes on to explain that “some residents have long pressed to close the airport, saying it poses a safety risk. Pilots and others in the aviation community dispute that and say the airport is perfectly safe.”

Two years ago, Harrison Ford and “other airport tenants and national aviation groups filed a federal complaint challenging any move” to shut down Santa Monica Airport.

That year, a fiery plane crash killed construction executive Mark Benjamin and three other people, including his son.

“The jet that just crashed could just have easily crashed and slid straight down the runway and across 23rd Street right into houses,” remarked at the time local resident John Fairweather, founder of the group Community Against Santa Monica Airport Traffic.

Since 1989, there have been 11 plane accidents linked to the airport. As found in the Times, “six were confined to airport grounds, two struck homes, two came down in the ocean and one crashed on a golf course.”

Among the celebrities who at some point or other have had planes parked at Santa Monica Airport are Tom Cruise, John Travolta, Tom Hanks, Steven Spielberg, Arnold Schwarzenegger, and casino mogul Steve Wynn.

Going further back in time – Santa Monica Airport dates back to 1919 (or 1917, according to some sources) – there were also billionaire and sometime Hollywood producer Howard Hughes (Hell’s Angels, Scarface), producer and studio executive Hal Roach (Topper, One Million B.C.), and aviatrix Amelia Earhart.

In addition to two Francis Ford Coppola films in which Ford has supporting roles: The Conversation (1974) and Apocalypse Now (1979).

Major Harrison Ford movies of the 1980s and 1990s – including a few titles mentioned above – include:

Indiana Jones and the Kingdom of the Crystal Skull turned out to be Harrison Ford’s last major domestic hit.

One of the leads in one of the most successful movie trilogies ever – Star Wars (1977), The Empire Strikes Back (1980), The Return of the Jedi (1983) – and a Best Actor Oscar nominee (Witness, 1985) who became a major box office draw from the mid-1980s to the early 2000s (The Fugitive, Air Force One, What Lies Beneath, etc.), Harrison Ford has suffered a couple of major setbacks (i.e., box office bombs) in the last couple of years: Kathryn Bigelow’s thriller K-19: The Widowmaker (2002), with Liam Neeson, and Ron Shelton’s crime/action buddy comedy Hollywood Homicide (2003), with Josh Hartnett.

And in the last few years, he hasn’t been at all lucky at the North American box office, starring in duds like Tom Vaughan’s Extraordinary Measures (2010), with Brendan Fraser and Keri Russell; Roger Michell’s Morning Glory (2010), with Rachel McAdams and Diane Keaton; Jon Favreau’s Cowboys & Aliens (2011), with Daniel Craig and Olivia Wilde; and Gavin Hood’s Ender’s Game (2013), with Asa Butterfield and Hailee Steinfeld.

Harrison Ford and actress Calista Flockhart have been together for a number of years. The couple were officially married in 2010.

Best known for the television series Ally McBeal, Flockhart has been featured in a handful of movies. Among these are:

Harrison Ford had been previously married to screenwriter Melissa Mathison, whose credits include E.T. the Extra-Terrestrial (1982) and Martin Scorsese’s Kundun (1997). His first wife was Mary Marquardt.

Ford has a total of five children with his three wives.

The Los Angeles Times report was written by Richard Winton and Matt Hamilton.