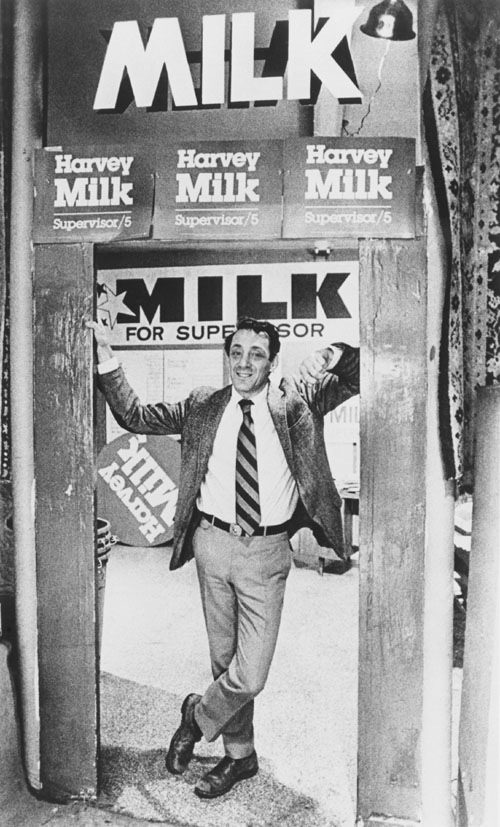 The Academy Award-winning documentaries The Stone Carvers (above) and The Times of Harvey Milk will be screened on Monday, October 29, at 7:30 p.m. in the Academy of Motion Picture Arts and Sciences’ Linwood Dunn Theater as the next installment of “Oscar’s Docs, Part Three: Academy Award-Winning Documentaries 1977–1988.”

Marjorie Hunt and Paul Wagner’s 1984 Documentary Short Subject winner, The Stone Carvers depicts a group of Italian-American artisans who have been working on the Washington Cathedral for years.

The retrospective will present the best available prints, often featuring newly struck or restored editions from the documentary collection of the Academy Film Archive. The series will continue each Monday evening through November 19 and will be complemented on many nights by onstage discussions with the filmmakers (schedules permitting).

Tickets to “Oscar’s Docs” are $5 for the general public and $3 for Academy members and students with a valid ID. The Linwood Dunn Theater is located at 1313 Vine Street in Hollywood. Free parking is available through the entrance on Homewood Avenue (one block north of Fountain Avenue). For additional information, visit www.oscars.org/events or call (310) 247-3600.

Francis Ford Coppola, 68, on Youth Without Youth (see trailer below), his first film since the dreadful — and highly successful — 1997 courtroom melodrama The Rainmaker:

“When you venture into new territories … you know that it’s different than Spider-Man or Shrek or other films that are immediately met with success. So, part of being an artist who wants to look at new areas (is knowing that) it will take a while for people to be familiar with the film. I only ask you to think that my film was interesting.”

“Not just fans of Francis Ford Coppola will be disappointed by the mishmash plotting and stilted script of Youth Without Youth, the master’s first helming effort in 10 years. … Attempting to harness multiple genres, pic is brought down by ponderous dialogue (much of it dubbed) and an inability to connect with its characters. Limited bicoastal opening is set for Dec. 14, though Youth Without Youth will translate to cinemas without audiences.”

Written by Coppola from a novella by Mircea Eliade, the French-Italian-Romanian Youth Without Youth tells the story of a 70-year-old Romanian professor of linguistics who becomes younger after being struck by lightning. (If only my Aunt Imhegard had been as lucky.) The electrical current also gives the professor added intellectual abilities, which in turn attract the attention of the Nazis shortly before World War II. He goes into exile, and while on the run reencounters the love of his life.

In the cast: Tim Roth, and two members of the Downfall troupe, Alexandra Maria Lara and Bruno Ganz.

Youth Without Youth premiered a couple of days ago at the RomeFilmFest.