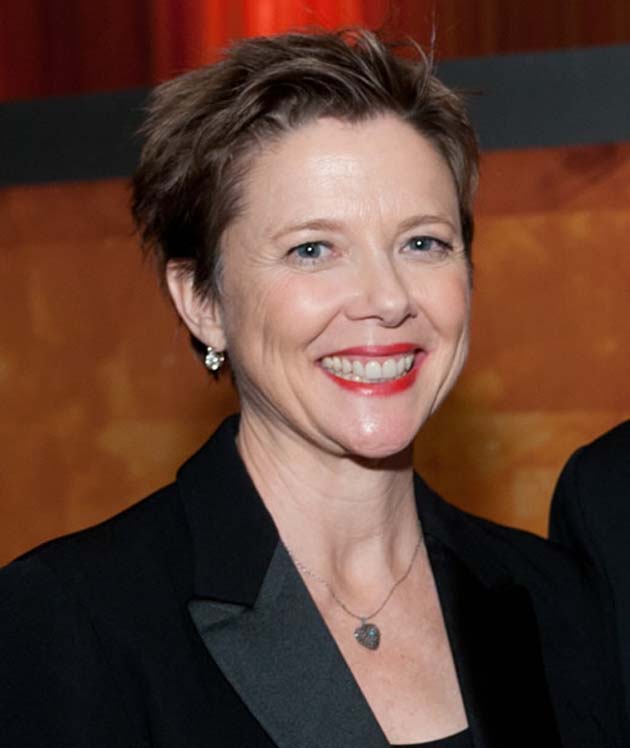 Bening received her first Oscar nomination for her supporting role in Stephen Frears’ The Grifters (1990). Additionally, she was nominated in the Best Actress category for Sam Mendes’ American Beauty (1999) and István Szabo’s Being Julia (2004).

Her other film credits include Milos Forman’s Valmont, opposite this year’s Best Actor nominee Colin Firth, The Women remake, Open Range, In Dreams, Richard III, and Regarding Henry. 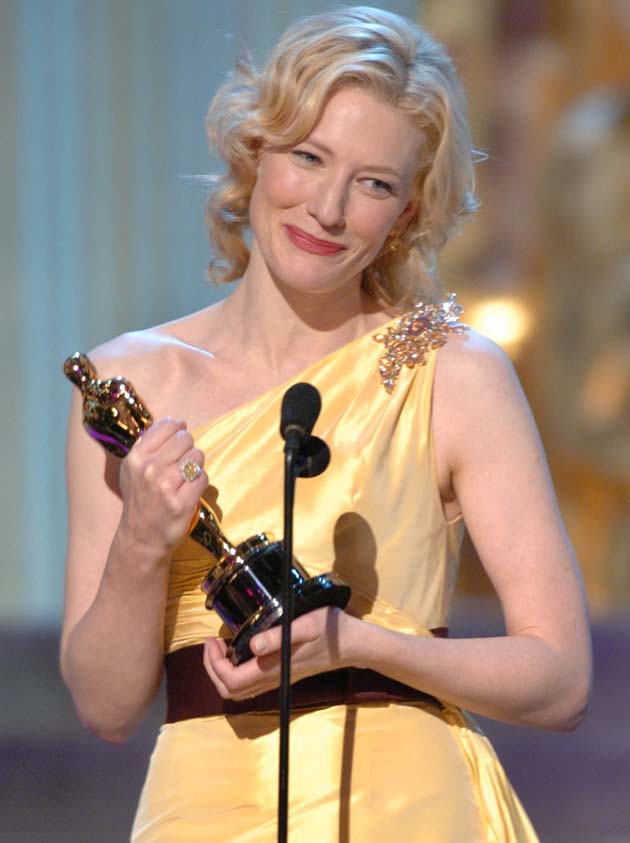 Cate Blanchett is a five-time Academy Award nominee, having taken home the Best Supporting Actress Oscar at the 2005 ceremony for her performance as Katharine Hepburn in Martin Scorsese’s Howard Hughes biopic The Aviator, starring Leonardo DiCaprio.

Blanchett also received supporting actress Oscar nominations for Notes on a Scandal and I’m Not There in 2006 and 2007, respectively. Besides, she was a Best Actress nominee for her portrayals of Queen Elizabeth I in Elizabeth (1998) and Elizabeth: The Golden Age (2007).

Cate Blanchett’s other film credits include: Robin Hood, with Russell Crowe, and The Curious Case of Benjamin Button, with Brad Pitt. Also: The Good German, Babel, Veronica Guerin, Charlotte Gray, The Talented Mr. Ripley and the Lord of the Rings trilogy.

She will next be seen in Hanna, due out in April. 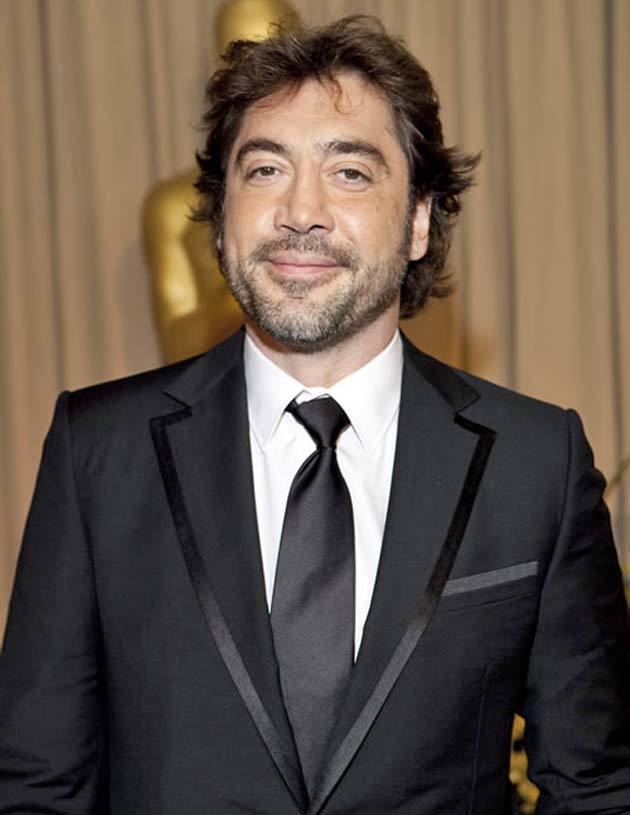 Javier Bardem won the Best Supporting Actor Oscar in 2007 for his performance of a psychopathic murderer in Joel and Ethan Coen’s No Country for Old Men. This year, he is in the running in the Best Actor category for Alejandro González Iñárritu’s Biutiful.

Bardem’s first nomination came about in 2000, for his lead performance in Julian Schnabel’s Before Night Falls. His other film credits include Pedro Almodóvar’s Live Flesh, Jamon Jamon, Second Skin, The Dancer Upstairs, The Sea Inside, Love in the Time of Cholera, Woody Allen’s Vicky Cristina Barcelona with Scarlett Johansson and Penélope Cruz, and Eat Pray Love, with Julia Roberts.

The 2011 Academy Awards ceremony will take place on Sunday, Feb. 27, at the Kodak Theatre at Hollywood & Highland Center. In the U.S., the Oscarcast will be broadcast live on ABC. 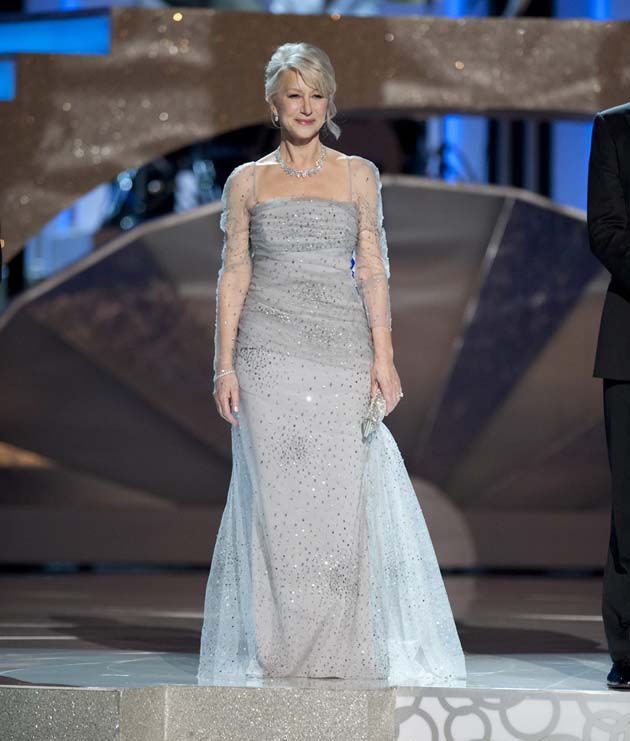 Helen Mirren took home the Best Actress Oscar for Stephen Frears’ The Queen (2006). Additionally, she was a Best Actress nominee for The Last Station (2009), and received Best Supporting Actress nominations for The Madness of King George (1994) and Robert Altman’s all-star drama Gosford Park (2001).

Among Helen Mirren’s other film credits are The Mosquito Coast, Some Mother’s Son, Calendar Girls, State of Play, RED and The Tempest.

Matthew McConaughey will next be seen in The Lincoln Lawyer and Killer Joe. His other film credits include A Time to Kill, Amistad, Ed TV, The Wedding Planner, How to Lose a Guy in 10 Days, and Tropic Thunder.

The 2011 Academy Awards ceremony will take place on Sunday, Feb. 27, at the Kodak Theatre at Hollywood & Highland Center. In the U.S., the show will be broadcast live on ABC.

Feb. 26 update: Black Swan actress Mila Kunis will be a presenter at the 2011 Academy Awards this Sunday. This will mark Kunis’ first appearance on an Oscar show.

Mila Kunis was one of the top possibilities for this year’s Best Supporting Actress Academy Award for her performance as a ballerina “befriended” by Natalie Portman in Darren Aronofsky’s psychological thriller Black Swan. Yet Kunis failed to be shortlisted in that category – which, curiously, includes True Grit‘s Hailee Steinfeld, the female lead in Joel and Ethan Coen’s Western.

Mila Kunis will next be seen in Friends with Benefits, opposite Justin Timberlake. Her other film credits include Forgetting Sarah Marshall, The Book of Eli, and Date Night. 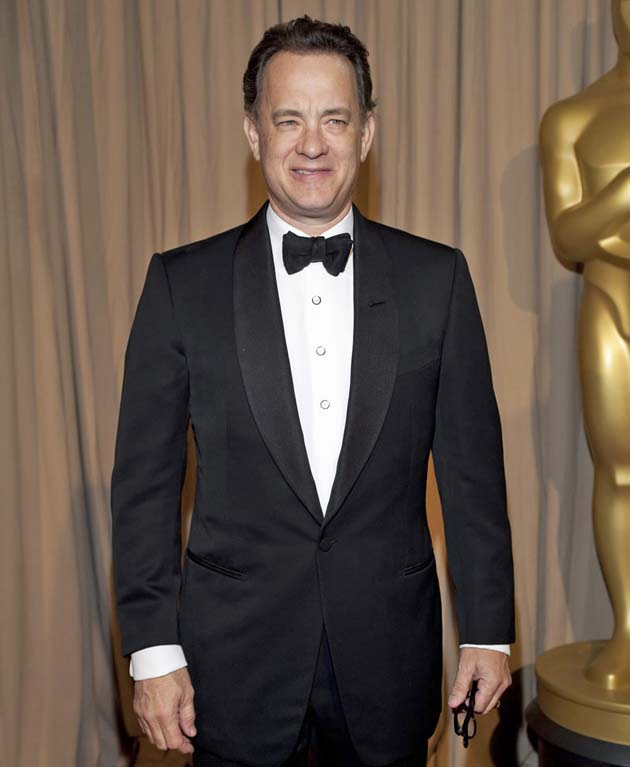 Two-time Academy Award winner Tom Hanks, one of the governors of the Academy of Motion Picture Arts and Sciences, will be a presenter at the 2011 Academy Awards ceremony. Oscar telecast producers Bruce Cohen and Don Mischer made the announcement.

The 2011 Oscar show will be held on Sun., Feb. 27, at the Kodak Theatre at Hollywood & Highland Center in Los Angeles. In the U.S., the telecast will be broadcast live on ABC.

Next, he will be seen opposite Julia Roberts in Larry Crowne, on which he also served as director, cowriter, and producer.

David Fincher’s The Social Network, which of late had been losing Oscar ground to Tom Hooper’s The King’s Speech, was the dramatic feature winner at the 2011 American Cinema Editors’ Awards ceremony held on Feb. 20 at the Beverly Hilton Hotel in Beverly Hills. (See list of ACE Award winners further below.)

The best edited comedy or musical feature was, surprisingly, a less than warmly received blockbuster: Tim Burton’s 3D-converted Alice in Wonderland, which, by the way, is neither a comedy nor a musical. Editor Chris Lebenzon beat the editors of The Kids Are All Right, Scott Pilgrim vs. the World, Made in Dagenham, and Easy A. In the Alice in Wonderland cast: Mia Wasikowska, Johnny Depp, Anne Hathaway, Helena Bonham Carter, and dozens of others.

Toy Story 3 editors Ken Schretzmann and Lee Unkrich (who also directed) won in the animated feature category, while Tom Fulford and Chris King won in the documentary category for Banksy’s Exit Through the Gift Shop.

At indieWIRE, Anne Thompson singled out Steven Spielberg’s tribute to his frequent collaborator and ACE career award-winner Michael Kahn as one of the evening’s highlights. “Michael Kahn is as much an artist as Frank Gehry is an architect,” Spielberg told the crowd at the Beverly Hilton. “He is my flashlight, letting me see the movie over and over again.”

Kahn and Spielberg began working together on Close Encounters of the Third Kind in 1977. Since then, they have collaborated on more than 20 films, including Raiders of the Lost Ark, The Color Purple, Empire of the Sun, Hook, Jurassic Park, Schindler’s List, Saving Private Ryan, The War of the Worlds, and the upcoming The Adventures of Tintin: The Secret of the Unicorn.

Irvin Kershner’s Eyes of Laura Mars, Adrian Lyne’s Fatal Attraction, and Ulu Grosbard’s Falling in Love are three of a handful of post-1977 movies Kahn edited while away from director/producer Spielberg.

Christopher Nolan: The ‘invisible and mysterious’ combination of images

Thompson also quotes ACE Golden Eddie Award winner Christopher Nolan as saying that “the combination of images is what I have always found most fascinating about editing. At its best it is invisible and mysterious.” 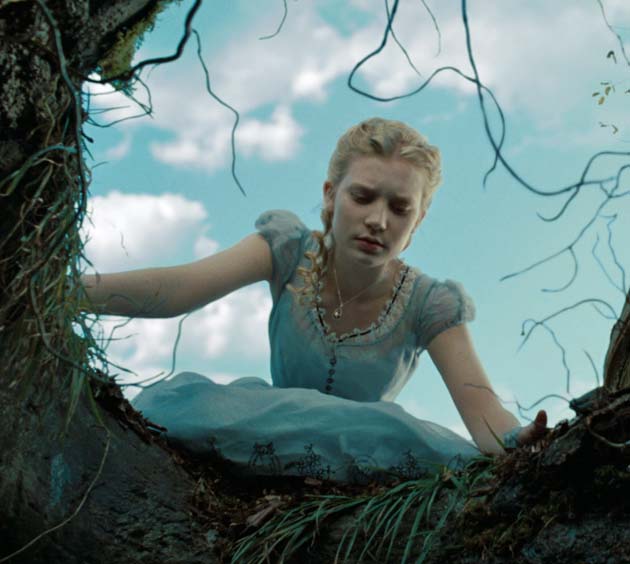 Outstanding Achievement in Sound Mixing for a Television Movies and Mini-Series:

Outstanding Achievement in Sound Mixing for a Television Series: 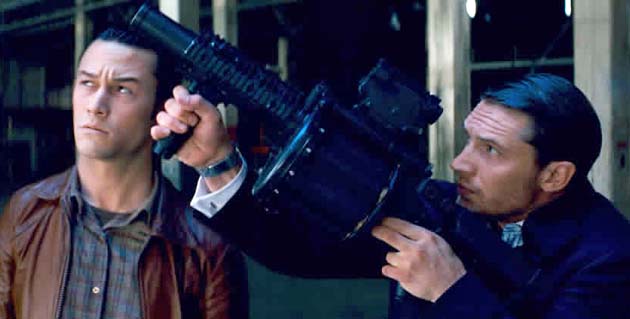 Inception and The Social Network, both up for the 2011 Best Picture Academy Award, were two of the winners of this year’s Motion Picture Sound Editors Awards.

Sound effects and foley in a feature film: Inception.

Sound effects, foley, dialogue, ADR in an animation feature film: How to Train Your Dragon.

Music in a feature film: Inception.

Music in a documentary: Rush: Beyond the Lighted Stage.

Dialogue and ADR in a feature film: The Social Network.

Sound effects, foley, dialogue and ADR animation in television: The Penguins of Madagascar: “The Lost Treasure of the Golden Squirrel”.

Long form dialogue and ADR in television: The Pacific: “Basilone”.

Short form sound effects and foley in television: The Tudors: “The Sixth and Final Wife”.

Short form musical in television: Glee: “The Power of Madonna”.