The Screen Actors Guild has announced its 2007 SAG Award nominees list. Helen Mirren is in the running in two categories for her portrayals of Queen Elizabeth times two.

On the big screen, Mirren plays a cuddly version of Queen Elizabeth II in Stephen Frears’ The Queen, opposite Michael Sheen as disgraced Prime Minister Tony Blair. On the small screen, she plays the title character in Tom Hooper’s British-made, two-part television movie Elizabeth I, opposite fellow SAG Award nominee Jeremy Irons as the Earl of Leicester and Hugh Dancy as the Earl of Essex.

Curiously, long before the SAG Awards were created, Glenda Jackson – almost – got to enjoy her own Queen Elizabeth movie/TV awards double dose. In 1971, she brought to life Queen Elizabeth I in both Charles Jarrott’s big-screen drama Mary Queen of Scots and in the six-part miniseries Elizabeth R.

Jackson ultimately won an Emmy for her made-for-TV Queen Elizabeth, but failed to be nominated for an Academy Award for that particular performance. Instead, Vanessa Redgrave was shortlisted for her Mary Stuart, while Jackson was in the contention for another movie, John Schlesinger’s modern-day-set Sunday Bloody Sunday. They both lost the Best Actress Oscar to Jane Fonda in Alan J. Pakula’s Klute.

Leonardo DiCaprio competing against just about everybody + ‘Bobby’ surprise

From Helen Mirren’s Queen Elizabeth double dose to Leonardo DiCaprio’s SAG Awards triple dose. The Titanic and The Aviator actor was shortlisted as Best Actor for Edward Zwick’s Blood Diamond, as Best Supporting Actor for Martin Scorsese’s The Departed (who exactly DiCaprio is supporting remains a mystery), and as a cast member of the latter title.

In all, the 2007 SAG Awards’ only major surprise was the inclusion of Emilio Estevez’s little-seen, all-star political drama Bobby – instead of The Queen – in the Best Cast category, even though no individual Bobby performance was singled out.

Besides, critics’ favorites such as Paul Greengrass’ United 93, and Clint Eastwood’s World War II dramas Flags of Our Fathers and Letters from Iwo Jima were completely ignored by SAG Award voters. Also missing in action was Jack Nicholson’s The Departed overacting.

In other 2006/2007 awards season news, the British Academy of Film and Television Arts (BAFTA) has announced the 2007 BAFTA Awards longlists. Following the first round of BAFTA voting, the lists consist of 15 titles per category.

Others in the BAFTA longlists are:

Except for Bill Condon’s Dreamgirls and Mel Gibson’s Apocalypto, all of the aforementioned films are up for a Best Picture nomination. Of these, only The Devil Wears Prada failed to get a corresponding Best Director nod. In place of David Frankel, included was the better-known Mel Gibson.

Missing in action from the top categories are The Weinstein Company’s Factory Girl, which was rushed into release in order to be considered for this year’s awards, and prestigious small-scale British efforts like London to Brighton and Red Road. The latter film’s stars, Tony Curran and Kate Dickie, were chosen Best Actor and Best Actress at the 2006 British Independent Film Awards last November.

According to Adam Dawtrey’s Variety report on the BAFTAs, the distributors of small British films didn’t send out screeners.

The BAFTAs – much like the Oscars, the Golden Globes, and U.S. film critics’ groups – have once again shown they prefer their nominees and, especially, winners to be well-known internationally (read: in the United States). Thus, precious few non-English-language films managed to be included on the BAFTA longlists, while even local productions with little chance of breaking into the U.S. market, such as the aforementioned Red Road and London to Brighton, were thoroughly bypassed. 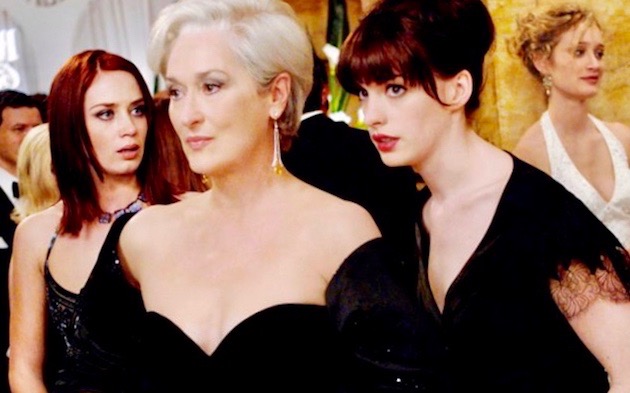 The Devil Wears Prada with Anne Hathaway, Meryl Streep, and Emily Blunt. Adapted by Aline Brosh McKenna from Lauren Weisberger’s 2003 novel – itself inspired by her troubled professional relationship with the Catherine the Great of New York’s fashion world, Vogue editor Anna Wintour – David Frankel’s The Devil Wears Prada revolves around the Anne Hathaway/Weisberger character: Her difficulties with boss Meryl Streep/Wintour, with her boyfriend (Adrian Grenier), with her conscience, with her taste in clothes. Yet in the view of the British Academy, The Devil Wears Prada is actually about Streep’s character – a case of “The empress has no clothes” – while Hathaway’s is merely a subordinate one.

Additionally, like other awards groups the British Academy has an absurd – and, really, dishonest – way of listing lead vs. supporting performances. If an unknown had played Meryl Streep’s role in The Devil Wears Prada, chances are that most awards groups out there would have listed the actress in question in the supporting category. Yet the BAFTAs have Streep as the lead and Anne Hathaway – in whose character the Prada-wearing devil focuses – as a supporting player.

In another example, Greg Kinnear, as much a part of the Little Miss Sunshine ensemble as Toni Colette, Alan Arkin, Abigail Breslin, and Steve Carell, shows up in the Best Actor longlist, whereas the other four performers are found in the supporting categories.

What ever happened to…?

And in case you’re wondering …

Several titles found in U.S. film critics’ Best of the Year lists – e.g. Letters from Iwo Jima – are nowhere to be found on the BAFTA longlists because they will not open in the United Kingdom in time to qualify for this year’s awards. To be eligible, films must open before Feb. 11, the date this year’s BAFTA winners will be announced. In previous years, qualifying films could open until the end of March.

The longlists will be turned into shortlists consisting of five nominees each when the second round of voting comes to a close on Jan. 12.

Equally surprising, Alfonso Cuarón was named Best Director for Children of Men at the Utah Film Critics Association Awards. Earlier this awards season, Children of Men had been widely acknowledged only for its cinematography, courtesy of another Mexican, Emmanuel Lubezki.

All that Mexican love notwithstanding, the biggest Austin/Utah film critics surprises were:

Lastly, the 2006/2007 Metro Manila Film Festival award winners were announced at Manila’s Aliw Theater on Dec. 29. Mexican filmmakers didn’t win anything despite the various winners’ Spanish surnames – which are common in The Philippines, a Spanish colony from the mid-16th century to 1898.

Metro Manila’s Best Film was Tony Y. Reyes’ action comedy fantasy Enteng Kabisote 3: Okay Ka Fairy Ko The Legend Goes On and On and On. The story revolves around domestic disputes, business setbacks, and a lizard posing as the hero.

The list of the Austin and Utah film critics winners can be found below, in addition to a partial list of this year’s Metro Manila Film Festival favorites. 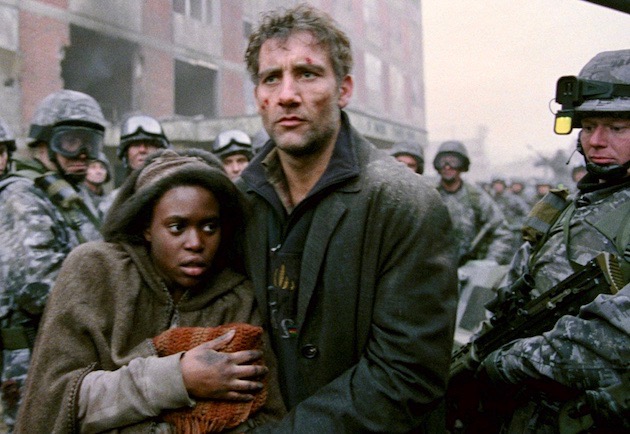 Children of Men with Clive Owen and Clare-Hope Ashitey. Austin and Utah film critics Best Director winner Alfonso Cuarón directed the $76 million dystopian sociopolitical thriller Children of Men, set in a totalitarian, xenophobic United Kingdom, and featuring Clive Owen as a former activist turned government bureaucrat turned champion of the dispossessed and Clare-Hope Ashitey as an undocumented immigrant who seems to be the only pregnant woman on the planet. Also in the Children of Men cast: Julianne Moore, Charlie Hunnam, Chiwetel Ejiofor, and veteran Michael Caine (Alfie, Sleuth).

Best Documentary: This Film Is Not Yet Rated, dir.: Kirby Dick.

Runner-up: None (Sacha Baron Cohen was the unanimous choice).

Runner-up: So Much So Fast.

Best Picture: Enteng Kabisote 3: Okay Ka Fairy Ko The legend Goes On and On and On.

This awards season, the Los Angeles-based American Cinematheque and the Hollywood Foreign Press Association will present all five non-English-language films nominated for the 2007 Golden Globes. The screenings will be held at The Aero’s Max Palevsky Theatre in Santa Monica.

The five nominees are:

All five filmmakers are also expected to take part in a roundtable discussion moderated by Screen International U.S. editor Mike Goodridge at The Egyptian’s Lloyd E. Rigler Theatre in Hollywood on Sunday, Jan. 14, the day before the Golden Globes ceremony.

The panel discussion is free — it even includes free parking — on a first-come, first-serve basis. Free tickets will be made available that same day. The schedule is as follows:

Image of Helen Mirren as Queen Elizabeth II in The Queen: Miramax Films.