Helen Mirren, the odds-on favorite to take home this year’s Best Actress Academy Award for her performance in Stephen Frears’ The Queen, is among the more than 100 Oscar 2007 nominees – including 16 of the 20 shortlisted performers in the acting categories – expected to attend the Academy of Motion Picture Arts and Sciences’ annual Nominees Luncheon at noon on Monday, Feb. 5, at the Beverly Hilton Hotel in Beverly Hills.

Besides Helen Mirren, expected attendees who’ll have to mind their table manners include Leonardo DiCaprio, Peter O’Toole, Will Smith, Penélope Cruz, Kate Winslet, Adriana Barraza, Abigail Breslin, Rinko Kikuchi, Alan Arkin, Mark Wahlberg, and Jackie Earle Haley. In addition to directors Alejandro González Iñárritu, Martin Scorsese, and Clint Eastwood, who may or may not bring both of his Best Director Oscar statuettes so as to place them right in front of Scorsese’s lasagna.

I’ve heard rumors that Helen Mirren will show up at the Academy’s luncheon wearing clothes that for once will hide her cleavage. Personally, I don’t believe it.

Now, don’t get me wrong. Mirren, who’ll be turning 62 next July 26, has every right to show her cleavage whenever and wherever she chooses. In fact, she’d be doing the world a favor if she posed nude for some hip magazine. Most women half her age – and perhaps some guys, too – would kill to have her physique (and 1/100th of her talent).

In fact, each time I see a photo of Helen Mirren – when not frumped up to look like Queen Elizabeth II – the first thing I notice is the valley between her breasts. Again, absolutely nothing wrong there. So, great actresses can mature while remaining sensual. That’s a positive – and thoroughly wholesome – message for women and men of all ages. After all, without sex (of some form or other), there would be neither life nor apple pie.

What’s a bit bothersome, however, is that the Helen Mirren cleavage display feels like a p.r. stunt, a reminder that the actress is not the dowdy old broad she plays on-screen. In other words, her Queen Elizabeth II (and her televised Queen Elizabeth I, for that matter) were performances. Get it, members of the Academy? Get it, award-giving film critics? Get it, film producers looking for sexy, capable actresses over 25?

But do we really need that sort of constant reminder? Well, perhaps the actress and her publicists have a point.

Helen Mirren then and now: Following a wild – but unfulfilling (see how bored she looks on the left?) – lifetime of food, sex, and murder, Helen Mirren settles down after being elected Queen of England.

In Peter Greenaway’s highly controversial film, Mirren’s final, shall we say, “goodbye” to her ogre of a husband (Michael Gambon) is unforgettable. The farewell moment in question is set at a banquet table – and does the lady mind her manners.

In fact, having watched The Cook, the Thief, His Wife & Her Lover, I’m sure that Dame Helen will know exactly where to place her fork and her knife at the Academy luncheon.

Helen Mirren The Queen and The Cook, the Thief, His Wife & Her Lover photos: Miramax Films. 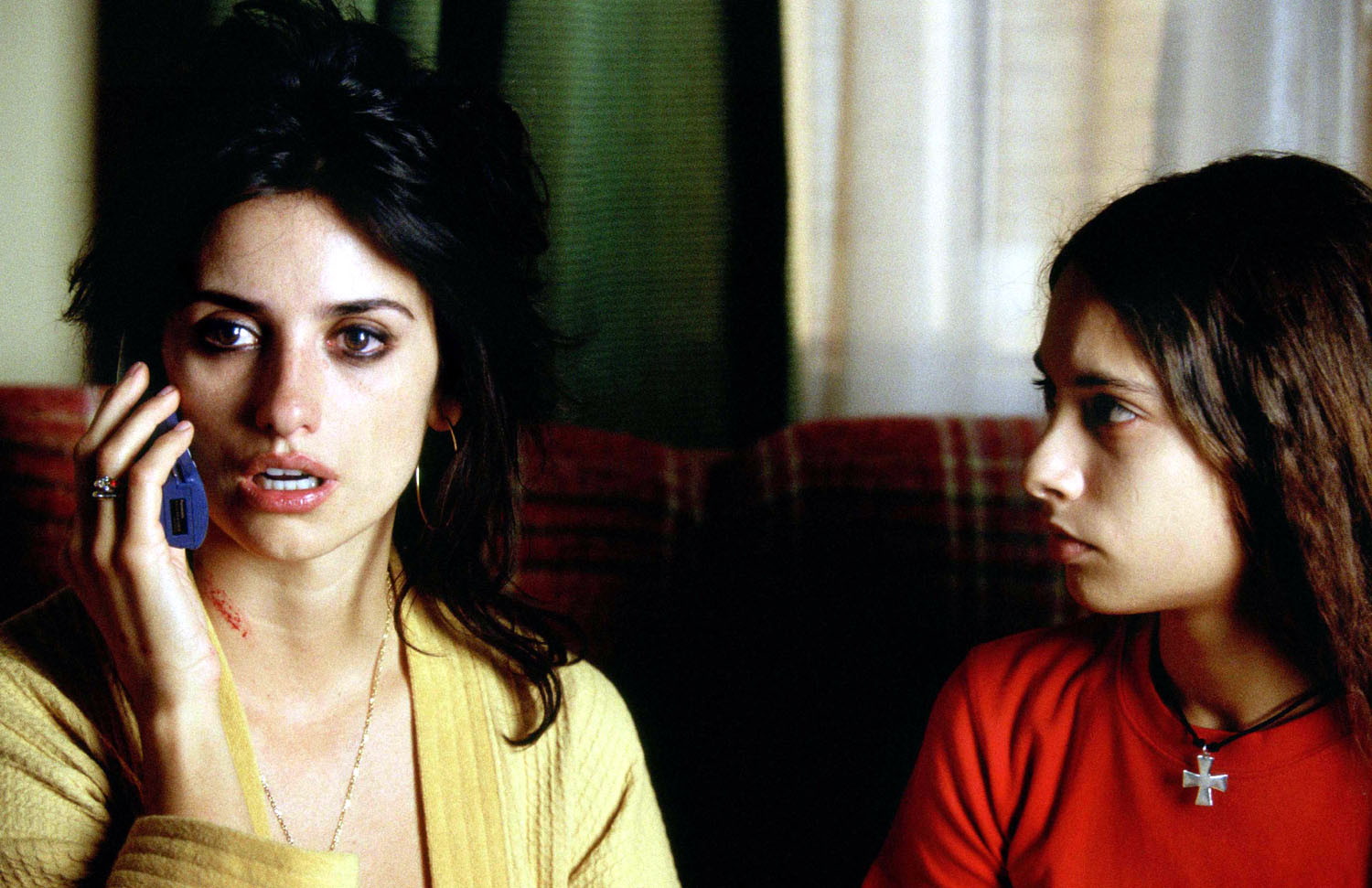 Penélope Cruz to Star for Pedro Almodóvar and Woody Allen

Two of the best film news of late:

Important detail: Almodóvar is not 100 percent sure that his next project will be La Piel que habito. He will, however, make up his mind in the next few weeks.

The inspiration for La Piel que habito is French author Thierry Jonquet’s 1995 noir novel Mygale, which traces several seemingly disparate stories that eventually converge into a tale about a plastic surgeon bent on revenge against the man who raped his daughter, leaving her mentally unstable. (Jonquet, a former occupational therapist and soap salesman, says the inspiration for his tale comes from “the barbarity of the world we live in.”)

Several years ago, Antonio Banderas’ name was mentioned in conjunction with the project, but he seems to be out of the running at this point.

Now, I assume that either the plastic surgeon will become a “she,” or that Cruz’s casting in the film has something to do with the novel’s “gender-bending ending,” as referred to in a review from the St. Petersburg Times. Almodóvar has said that his “immensely tough and complicated” film adaptation will be quite different from the novel – and that may be a major understatement. According to a Variety report, only one scene found in the book should be left intact in the final screenplay.

The director, whose Volver has just won five Goyas, including best film, best direction, and best actress (Cruz), says that Mygale will be “the kind of film that’s discomfiting and doesn’t tend to win many awards.”

The French word “mygale” (“tarantula”) is derived from the Greek word for “shrew.” Those large, furry tropical spiders only go out at night, they devour their prey slowly, and only need to eat every month or two.

A friend of mine described her as “the hottest actress in the United Kingdom”, and it is plainly obvious that Lady Helen not only relishes that notoriety but uses it as a prop to keep “Helen Mirren” a viable property. Anyone seeing (and reading) the New Yorker interview will know what I mean. She’s still molten hot, and she knows age is not a quenching agent.