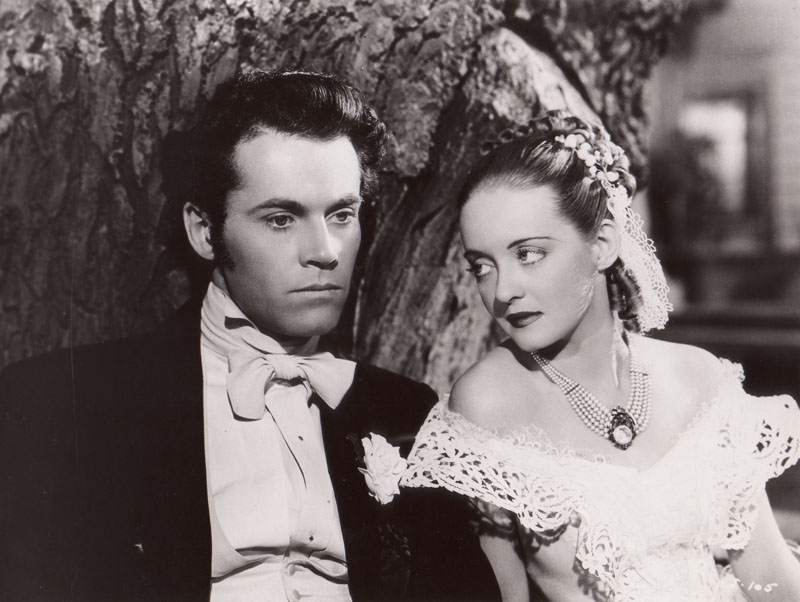 Fonda doesn’t have much to do in Jezebel – the role could have gone to just about any other actor, including fellow player George Brent – but Davis (in a role originated by Miriam Hopkins on Broadway) shines as the willful Southern belle who must learn a lesson in humility and self-sacrifice. William Wyler directed.

In 12 Angry Men, Fonda is excellent as the juror who attempts to convince his fellow jury members of the innocence of a young man accused of a heinous crime. Written by Reginald Rose, Sidney Lumet’s taut, Academy Award-nominated drama remains one of the most effective “serious” films of the 1950s. In the first-rate supporting cast: Lee J. Cobb, Ed Begley, Martin Balsam, and E. G. Marshall.

Gore Vidal adapted his own play The Best Man – which happens to be an ideal film to watch in an election year, for it shows the world of politics at its filthiest as two men vie for the role of party candidate for the presidency of the United States. One of them is Henry Fonda, the other one is Cliff Robertson. The Best Man is a solid companion piece to Otto Preminger’s 1962 behind-the-scenes look at Washington’s dirty dealings, Advise & Consent.

In brief: The best thing about The Male Animal is Joan Leslie in a supporting role; starring Susan Strasberg, Stage Struck was a poorly received remake of Morning Glory, which had earned Katharine Hepburn her first Academy Award; Let Us Live is a watchable social drama whose director, John Brahm, is best known for the brooding The Lodger and Hangover Square; and The Tin Star is a middling Anthony Mann Western.

6:00 AM I Dream Too Much (1935)
A composer sets the stage for discord when he pushes his wife into a singing career. Cast: Lily Pons, Henry Fonda, Lucille Ball. Director: John Cromwell. Black and white. 97 min.

5:00 PM Yours, Mine and Ours (1968)
A widow with eight children marries a widower with ten, then gets pregnant. Cast: Lucille Ball, Henry Fonda, Van Johnson. Director: Melville Shavelson. Color. 111 mins. Letterbox Format

George Stevens Movies: Woman of the Year + The Talk of the Town