(See previous post: “Honorary Oscars: Doris Day & Danielle Darrieux ‘Snubbed.’”) A sizable chunk of part three of this three-part article about the Academy of Motion Picture Arts and Sciences’ Honorary Award bypassing women consists of a long, long – and for the most part quite prestigious – list of deceased women who, some way or other, have left their mark on the film world. Some of the names found below are still well known; others were huge in their day, but are now all but forgotten. Yet just because most people (and the media) suffer from long-term – and even medium-term – memory loss, that doesn’t mean these women would have been any less deserving of the Academy’s Honorary Award.

Among the distinguished female film professionals in Hollywood and elsewhere who have passed away without receiving an Honorary Oscar for their body of work – most of them without having ever won or even been nominated for a competitive Oscar – were the following actresses:

One could – or rather, should – add Thelma Ritter to the list above. Although in movies for a little over two decades, at the time of her death at age 66 in 1969, Ritter had become a – record-setting – six-time Best Supporting Actress Oscar nominee.

And of course, Ida Lupino, a well-regarded 1940s Warner Bros. star in films such as High Sierra and The Hard Way, and a pioneering post-World War II woman director (Hard, Fast and Beautiful; The Bigamist).

Here are a few more women performers who were never handed the Academy’s Honorary Award:[1]

In addition to the following actresses who took home a single Oscar during the course of their careers:[2] 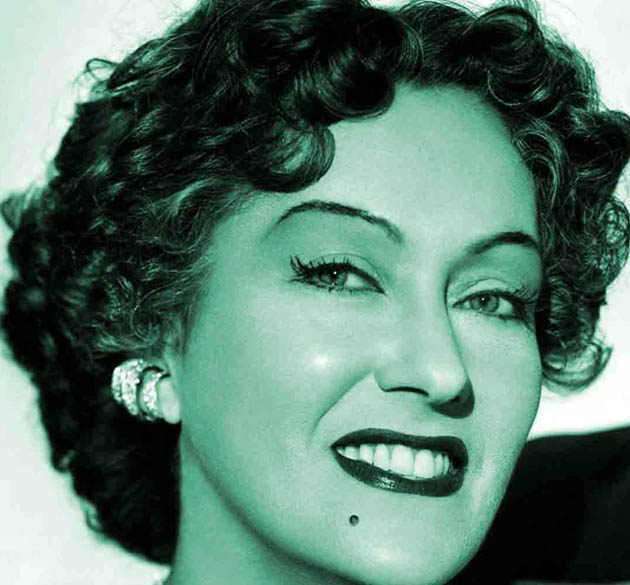 Women behind the camera

Behind the camera, there were the following unhonored women:

And finally, the now largely forgotten women film pioneers ignored by the Academy: 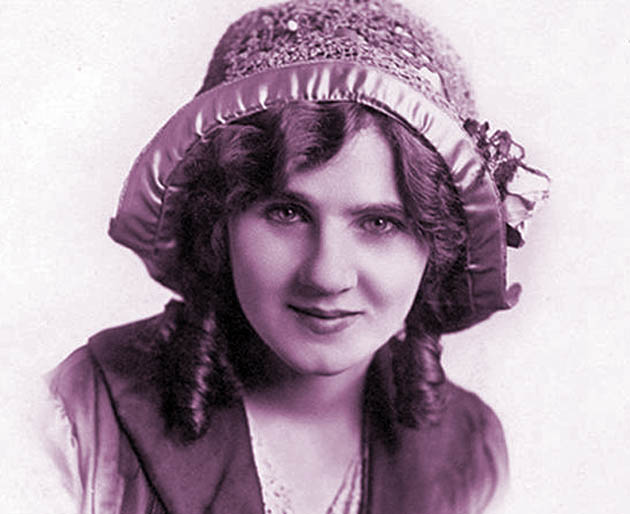 In the meantime, the Academy of Motion Picture Arts and Sciences has recognized the body of work and/or “service to the motion picture industry” of numerous male actors – in some cases, multitasking actors best known for their work in front of the camera:

In addition to Honorary Awards for an eclectic group of directors (at times doubling as producers and/or screenwriters):

Below is a partial list of other male Honorary Award winners:

Most – though definitely not all – male winners of the Honorary Award for career achievement and/or pioneering film work and/or “services to the film industry” merited their statuettes because, whether or not you or I admire their acting or directing or producing or screenwriting or choreographing skills, they hold an indelible place in motion picture history.

But if gender-related prejudices haven’t played a role in the selection of Honorary Award winners, why have the members of the Academy’s various Board of Governors throughout the decades been unable to find more women deserving of that same recognition? 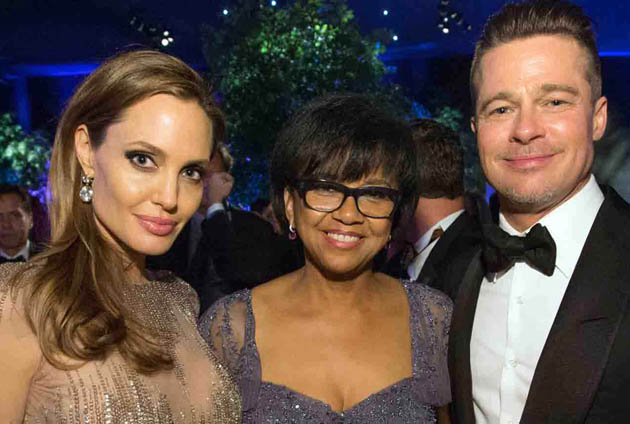 Academy’s women presidents: Cheryl Boone Isaacs is only the third one

Wrapping up this three-part piece, let it be noted that in the Academy of Motion Picture Arts and Sciences’ 87-year history there have been only three women presidents:[3]

Besides, following some top-level restructuring in April 2011, the Academy created the positions of Chief Executive Officer and Chief Operating Officer, with the CEO post currently held by a woman, former Film Independent executive director and sometime bit player Dawn Hudson (Angie, In Dark Places). Initially, the COO post was held by longtime Academy insider Ric Robertson, who stepped down in Sept. 2013 and was not replaced.

Academy of Motion Picture Arts and Sciences’ Board of Governors

Lastly, in the 2011-2012 period the Academy of Motion Picture Arts and Sciences’ 43-member Board of Governors included a mere six women:[4]

Additionally, A.M.P.A.S. CEO Dawn Hudson was a Board of Governors Officer. 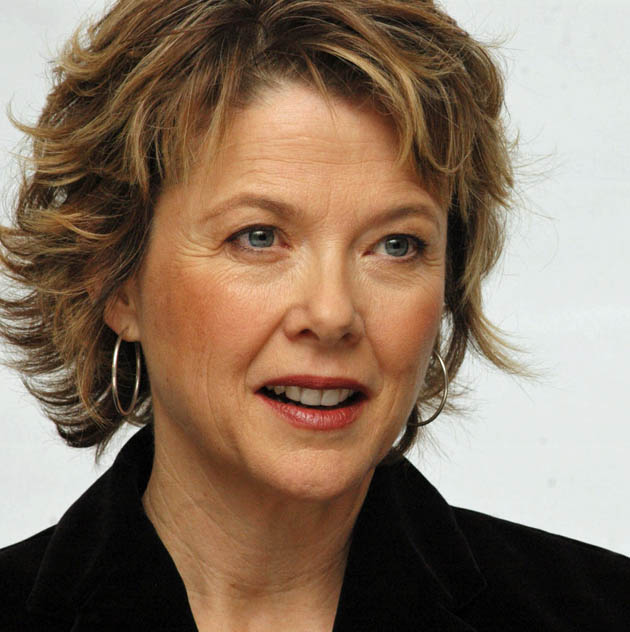 Oscar 2014-2015 update: There are currently 51 members in the Academy’s Board of Governors, including 14 women – in addition to Board of Governors Officer Dawn Hudson. The female members, representing various Academy branches, are the following: 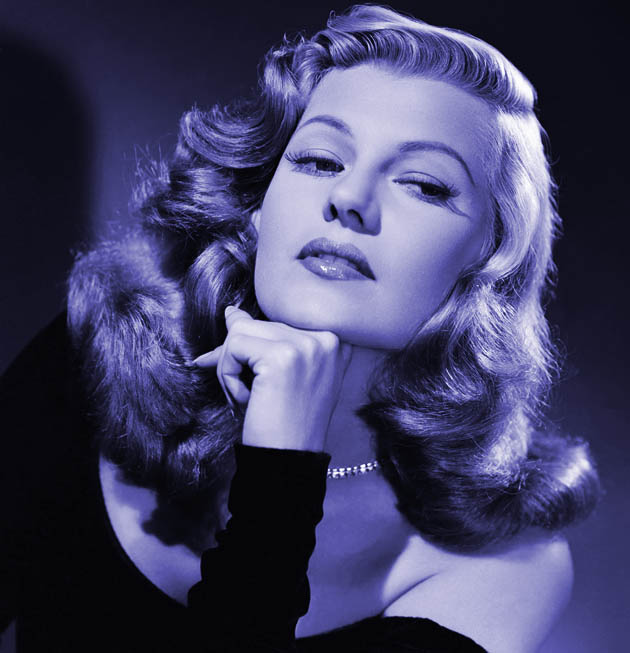 [1] In varying degrees of international prestige and movie-career longevity, here are some more actresses who never won the Academy’s Honorary Award:

In the early 1960s, actress Danièle Delorme (Les Misérables) became one of the few women movie producers in France – and anywhere in the world.

Also worth remembering is French filmmaker Jacqueline Audry, France’s only major female movie director in the post-World War II years. Perhaps not coincidentally, Audry starred Delorme in three of her films – among them the original Gigi.

Obviously, Romy Schneider, Carole Lombard, Marilyn Monroe, Martine Carol, Judy Holliday, Judy Garland, Carmen Miranda, Margaret Sullavan, Kay Kendall, Natalie Wood, Dorothy Dandridge, and Jean Harlow, to name a few, were left out of the list because at the time of their death they were too young to have been honored for their body of work.

Jean Harlow, for instance, though a major star with more than 20 films to her credit, was all of 26 when she died. In fact, at their death, none of the aforementioned actresses were over age 50.

Best Actress Oscar nominee Gladys George (Valiant Is the Word for Carrie) was 54 when she died in 1954, but excluding a handful of silent film appearances in the early ’20s, George’s film career lasted less than two decades.

As for film pioneer Mabel Normand, she not only died too young (37 years old) but also too early (1930) to get the Academy’s Honorary Award for career achievement. 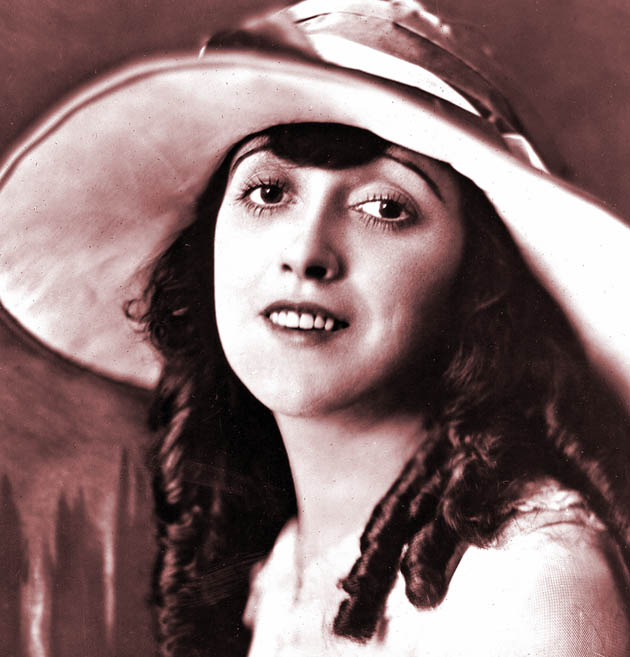 [3] Besides women presidents Bette Davis and Fay Kanin, past Academy of Motion Picture Arts and Sciences presidents include the following:

[4] According to a widely discussed July 2012 Los Angeles Times piece, out of 5,100 “confirmed” members of the Academy of Motion Picture Arts and Sciences’ 6,000-strong roster, 94 percent are white (admittedly, what’s labeled “white” is debatable) and 77 percent are male (a considerably less debatable label). Their median age is 62 years old.

Unfortunately, the article, which is supposed to show that the Academy’s “demographics are much less diverse than the moviegoing public,” doesn’t feature any information about one crucial detail: the median income of Academy members.

Also of note, the overwhelming majority of the tallied AMPAS members – though percentage figures were also unavailable in the paper – live on Los Angeles’ Westside. Using the term loosely, the area stretches from the western section of the Hollywood Hills to the Santa Monica Mountains and the coastal town of Malibu, in addition to the Westside proper (Beverly Hills, Brentwood, Bel Air, etc.).

There’s also a sizable contingent of Academy members in the eastern section of the Hollywood Hills and in adjacent Los Feliz.

I know this is for the snubbed women, but so many that I love and am sad that they’ve been snubbed for too long are the many of the same women that have been leading ladies of a greatly snubbed actor. William Powell. His most well known leading lady received an honorary finally a year or so before her death. He was magnificent alongside the mentioned Kay Francis, Ruth Chatterton, Irene Dunne, Mary Astor, Marion Davies, and, of course, Carole Lombard and Jean Harlow.

Academy Awars / The Oscars a vast joke! I was seldom pleased and most of the time disappointed….

My picks for honorary lifetime achievement Oscars (in no particular order:)

Gladys George always turned in memorable supporting performances. Her DuBarry in ‘Marie Antoinette’ (1938) is just wonderful, flip and acid, she steals all Barrymore’s thunder (as well as star Shearer’s) with her limited time on screen

Marion Davies (in fact she deserved Best Actress for ‘Blondie of the Follies,’ her performance in the first half of the film is nothing less than brilliant)

Jean Harlow and Carole Lombard — both died young with a lot of promise unfulfilled, but the fact they are still fan favorites today speaks volumes about their continuing screen presence.

Marlene Dietrich - once she moved out from under Von Sternberg’s shadows and diffusing lenses, she was amazing.

Dolores Del Rio — did she get one? If not, move her to the top of this list.

Mae West - any star who single-handedly saved a studio deserves one, but she was so much more.

Irene Dunne - already almost over the hill by Hollywood standards when she made her first film, you never would have guessed it. I’ll watch her in anything, any time.

Lana Turner — not a favorite of mine, but she did have something to continue being a draw even after she went from being a pouty doll to looking like a Waffle House waitress in the 1950s. I tend to watch Lana movies for the same reason I watch Norma Shearer — you’re always guaranteed some heavy-handed scenery chewing.

Norma Shearer - even though she did win an early Oscar, I think she deserves another for her overall body of work. Generally terrible actress but with flashes of brilliance, if she could have left the silent mannerisms behind she could have been much more than just a personality. It’s unfair for some historians to dismiss her career as Irving Thalberg’s vanity. There’s no denying he was giving her most of the plum parts MGM had to offer, but she had a strong fan base from the late 1920s on and the fans ultimately had the the last word. She could have continued well into the 1940s and 50s if she’d had someone with a better eye choosing her material.

Actually, I’m looking at your very very thorough list now and agree with every single one named, especially the lesser-knowns like Aline MacMahon who always turned in sterling performances that stayed with you. I particularly love her con woman Barrelhouse Betty in ‘One Way Passage’?

And for the Bessie Love suggestion on G+. I’ve added her name to the list of Honorary Oscar non-winners.

What’s worse is that they’ve stopped presented the honorary Oscars on the broadcast itself when those were usually the highlights, Several years ago — when they still did give them on the show — I got so tired of them giving honorary awards and Thalbergs to both men and women who already had won competitively (Loren, Eastwood, Zaentz, Kazan, Beatty, Poitier and Redford) while so many who had never won went unhonored, I wrote then-Academy President Frank Pierson with a list of suggested honorees, all over 65 and alive at the time, that they should consider. I’m not egotistical enough to believe they paid attention to me but since then they have honored a lot of the names that were on my list though, unfortunately, many have passed on in the interim. Here are the names who are still alive from oldest to youngest who have never won: Maureen O’Hara, Charles Durning, Glynis Johns, Doris Day, Julie Harris, Angela Lansbury, Jeanne Moreau, Christopher Plummer (of course he’ll win competitively next week), Joan Plowright, Max von Sydow, Gena Rowlands, Leslie Caron, Piper Laurie, Debbie Reynolds, Burt Reynolds and Albert Finney. Here, alphabetically, were suggestions I made who have since died without an honor: Eddie Albert, June Allyson, Cyd Charisse, Hume Cronyn, Tony Curtis, Jules Dassin, Peter Falk, Geraldine Fitzgerald, Glenn Ford, John Frankenheimer, Richard Harris, Betty Hutton, Van Johnson, Howard Keel, Ann Miller, Arthur Penn, Jean Simmons and Richard Widmark. Here are the ones that were on my list that they have honored since: Blake Edwards, Peter O’Toole, Sidney Lumet, Robert Altman, Ennio Morricone, Jerry Lewis, Lauren Bacall, Jean-Luc Godard, Eli Wallach, James Earl Jones. The one on my list who won competitively: Morgan Freeman.

Ah yes, Old Hollywood! Congratulations to all! Those were the days. I don’t think we have actresses that measure up to Joan Crawford, Claudette Colbert, and others. Some come close but these ladies had a essence about them that just isn’t seen today.