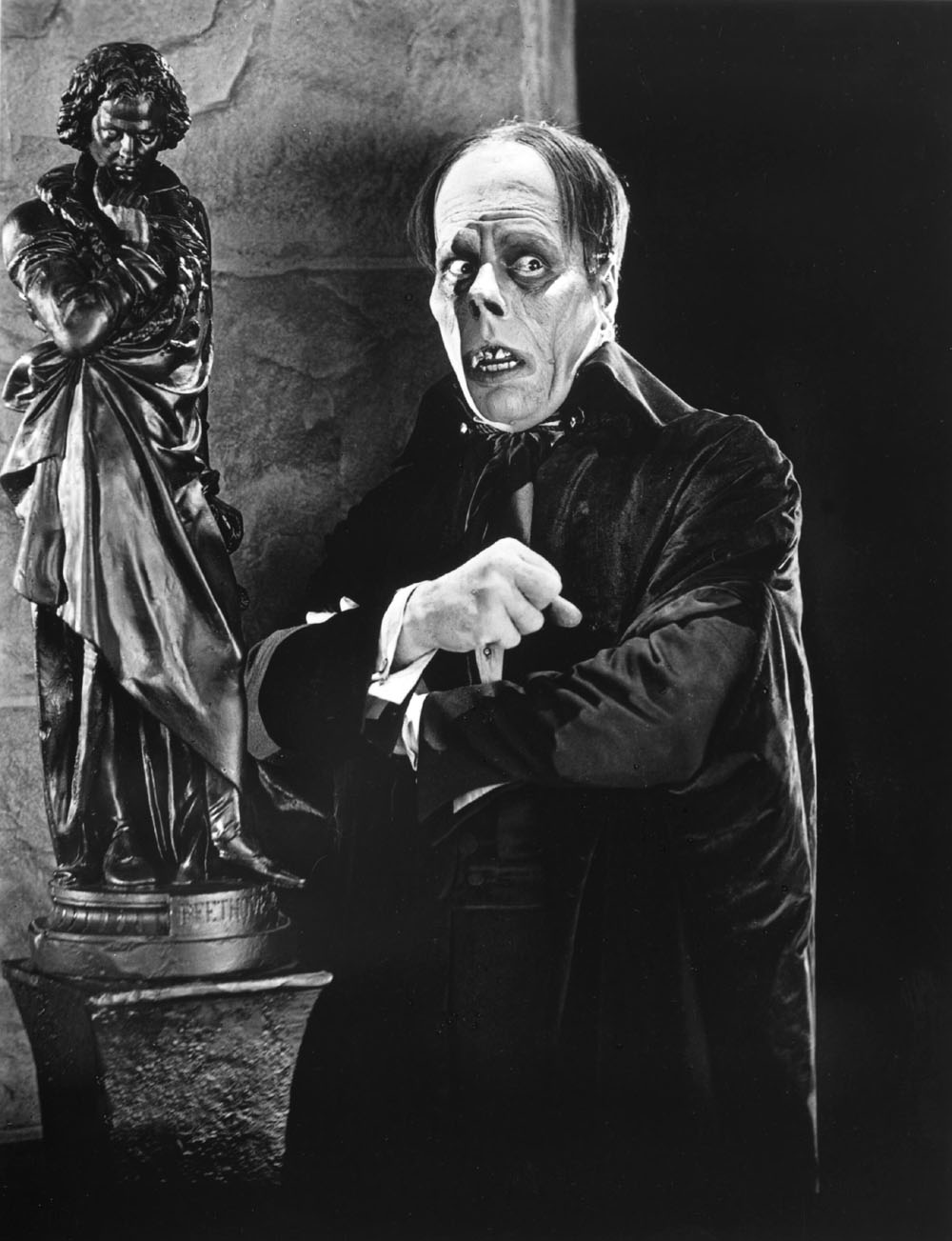 “The Sound behind the Image III: Real Horrorshow!” sounds like an ideal pre-Halloween night out for horror movie fans. An Academy of Motion Picture Arts and Sciences presentation, “The Sound behind the Image III” will explore the art and technology of sound in movies, especially in horror films, on Thursday, Oct. 29, at 7:30 p.m. at the Academy’s Samuel Goldwyn Theater in Beverly Hills.

Organized by the Academy’s Science and Technology Council, the event will be hosted by Oscar-winning supervising sound editor David E. Stone, and will feature film clips tracing the evolution of sound in horror films from the pre-sound days of The Phantom of the Opera (1925) through films of the digital age such as The Blair Witch Project (1999) and the sleeper hit Cloverfield (2008). (Without all the loud sound effects, for instance, Steven Spielberg’s War of the Worlds is less scary than The Sound of Music. Trust me, I know – I kept my index fingers planted firmly in my ears throughout the whole film.)

Vanessa Theme Ament, foley artist, teacher and author (The Foley Grail) will also take the stage to present the work of master foley artist John Post. In his work on such films as John Carpenter’s The Thing (1982) and as a trainer/mentor to other foley artists, Post has “influenced the way sound effects are created for horror films today and helped make foley a respected and necessary part of every horror soundtrack.”

Tickets to “The Sound behind the Image III: Real Horrorshow!,” are $5 for the general public and $3 for Academy members and students with a valid ID.

Tickets are available for purchase by mail, at the Academy box office (8949 Wilshire Boulevard, Monday through Friday, 9 a.m. to 5 p.m.), or online at www.oscars.org. Doors open one hour prior to the event. All seating is unreserved.

The Samuel Goldwyn Theater is located at the 8949 Wilshire Boulevard in Beverly Hills. For more information call (310) 247-3600 or visit www.oscars.org. 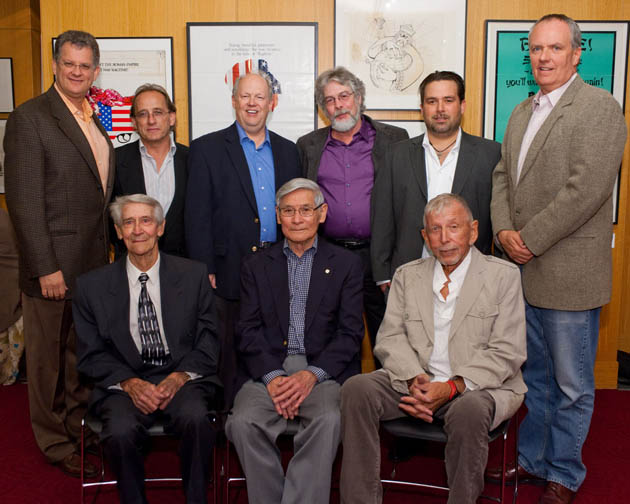 “The Sound Behind the Image III: Real Horrorshow!,” presented by the Academy of Motion Picture Arts and Sciences’ Science and Technology Council, focused on the role of sound in horror films, from the dawn of the sound era to the digital age. “Real Horrorshow!” was held at the Samuel Goldwyn Theater in Beverly Hills on Thursday, Oct. 29.

Pictured above at the reception before the event: 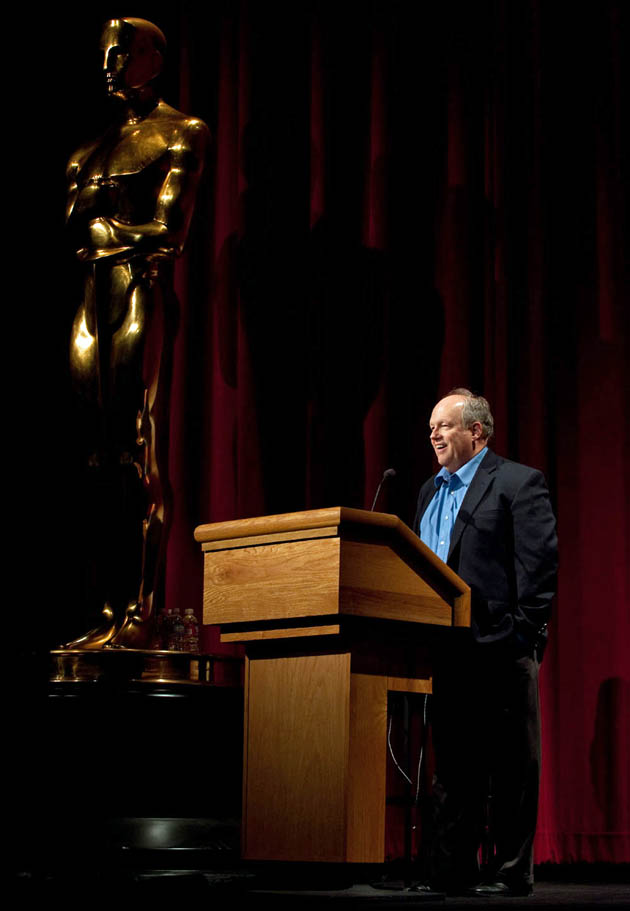 AFI FEST 2009 presented by Audi has announced the list of films scheduled for Halloween. They are:

Sean Byrne’s The Loved Ones

All four films will screen on Saturday, October 31, at the Mann Chinese 6 Theatres in Hollywood.

Presented in 3-D – a first for a feature film at AFI FEST – Joe Dante’s thriller The Hole follows two young brothers who “stumble upon a mysterious hole in their basement that houses an evil force that can create a physical manifestation of their deep-seated fears. After unwittingly unleashing the force, the brothers must team with the teenage girl next door to find a way to defend themselves against the darkness.” The Hole stars Chris Massoglia, Haley Bennett, Nathan Gamble, Bruce Dern and Teri Polo.

The Midnight Madness Audience Award winner at this year’s Toronto Film Festival, Sean Byrne’s Australian thriller The Loved Ones chronicles the travails of a “troubled high school senior who finds himself trapped in a bizarre ‘prom’ and fighting for his life after he is abducted by a psychotic father-and-daughter pair.” The Loved Ones stars Xavier Samuel, Robin McLeavy, John Brumpton and Victoria Thaine.

Originally released in 1971, Ted Kotcheff’s Australian-made Wake in Fright was nominated for the Palme d’Or at the Cannes Film Festival and, according to the AFI FEST press release, “has developed a reputation as one of Australia’s great, lost films. Recently recovered and restored, the film is a brutal and uncompromising thriller about a young teacher who arrives in a rough outback mining town planning to stay overnight before catching a plane to Sydney. However, his dealings with the hard-drinking, violent locals and a harrowing kangaroo hunt plunge the man headlong toward his own destruction.” Wake in Fright stars Donald Pleasence and Gary Bond.

Michael Stephenson’s documentary Best Worst Movie “looks at both the behind-the-scenes origins of Troll 2 and the film’s journey to become a cult classic years after its initial release. Two decades later, Stephenson, the legendarily inept film’s child star, unravels the improbable, heartfelt story of an Alabama dentist turned cult movie icon and an Italian filmmaker as they try to come to terms with this genuine, internationally revered cinematic failure.”

Also screening on Halloween are Bong Joon-ho’s South Korean submission for the 2009 best foreign-language film Academy Awards, the thriller Mother (above), in which a mother tries to prove that her son is innocent of a nasty crime, and Julian Jarrold, James Marsh, and Anand Tucker’s trilogy Red Riding, described as “three inter-connected films set in the years 1974, 1980 and 1983 [that] trace the crime and corruption in West Yorkshire, England.” The Red Riding films star Mark Addy, Sean Bean, Paddy Considine, Andrew Garfield and Rebecca Hall.

Complimentary tickets are available beginning on October 16 to all Festival screenings in advance at AFI.com/AFI FEST at the Mann Chinese 6 Theatres (6925 Hollywood Blvd.) beginning October 26, or on the day of scheduled screenings via Rush Lines. Priority seating to all screenings can be secured by becoming a patron of the Festival and purchasing an AFI FEST Patron Pass. For more details, visit AFI.com. 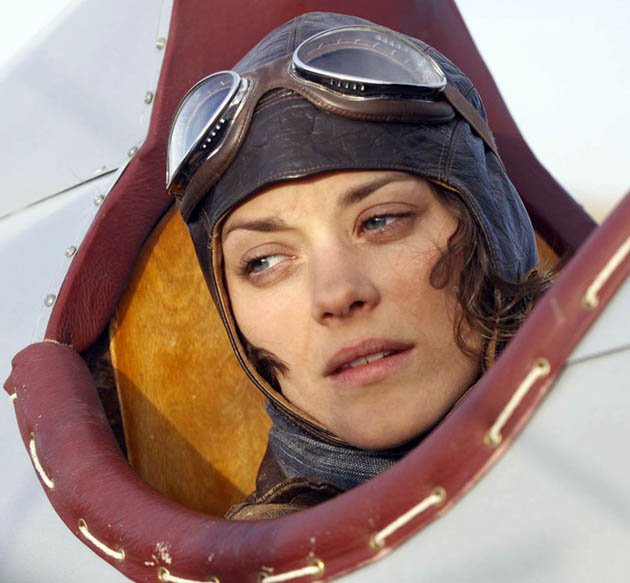 The 30th American Film Market (AFM) to be held in Santa Monica between Nov. 4-11 will showcase 445 films in 27 languages, including 73 world premieres and 311 market premieres, to an expected 8,000-plus film buyers and industry professionals from more than 70 countries.

Movies making their world and/or market premieres include:

Among the 311 films set to make their market premieres are:

For a complete list of American Film Market entries and their screening schedule, visit TheFilmCatalogue.com. Available in nine languages, the site lists more than 4,000 recent motion pictures and projects. The site operates year-round and includes market line-ups at EFM, Filmart and Cannes.

The American Film Market is produced by the Independent Film & Television Alliance (IFTA), the trade association representing producers and distributors of independent motion pictures and television programs from around the world. For more information, visit www.ifta-online.org.

Image from the Werner Herzog documentary Encounters at the End of the World: Discovery Films.

Two new documentaries to be screened at the American Cinematheque:

The Glass House (above) with director Hamid Rahmanian In Person
Wednesday, October 28, 2009 at the Aero Theatre

Banking of Heaven with writer-producer Laurie Allen In Person
An Unflinching Look at the Controversial Latter-Day Saint Community
Thursday, October 29, 2009 at the Egyptian Theatre

The Glass House, which was screened at Sundance 2009, is “an intimate portrait of the never-before-seen plight of underclass Iranian women,” while Banking of Heaven is “ an unflinching look at a controversial Latter-Day Saints community” that is described as “home to a culture that routinely practices child rape, welfare fraud and systematic mind control.”

Wednesday, October 28 – 7:30 PM at the Aero Theatre
THE GLASS HOUSE, 2009, 92 min. Dir. Hamid Rahmanian. Four Iranian girls strive to pull themselves out of the margins by attending a one-of-a-kind rehabilitation center in uptown Tehran. With a virtually invisible camera, the girls of THE GLASS HOUSE take us on a never-before-seen tour of the underclass of Iran, examining sexual abuse, drug addiction and abandonment. Discussion following with director Hamid Rahmanian and writer Melissa Hibbard.

Thursday, October 29 – 8:00 PM at the Egyptian Theatre
Los Angeles Premiere! BANKING ON HEAVEN, 2005, Over the Moon Productions, 90 min. An unflinching look at a cult of Fundamentalist Latter-Day Saints (FLDS). The polygamist communities of Colorado City, Arizona, and Hildale, Utah, are home to a culture that routinely practices child rape, welfare fraud and systematic mind control. Director Dot Reidelbach and writer-producer Laurie Allen, who escaped a similar sect, have constructed a documentary out of hidden-camera footage, interviews with polygamist escapees, “lost boys” (young men and children cast out of the community) and government officials. Discussion following with writer-producer Laurie Allen.

Phase 4 Films will be releasing the comedy Familiar Strangers on DVD on November 10.

Here’s the synopsis from the press release:

Brian Worthington (Shawn Hatosy) reluctantly returns home for the Thanksgiving holiday after a long estrangement, carrying the baggage of unresolved conflict with his father Frank (Tom Bower). Frank has replaced his maturing children with his pets, new children “who never have to grow up.” Family friend Allison (Nikki Reed), long an admirer of Brian, is happy to find him back for a visit; she just might appreciate his family more than he does, and may help to make this return home bearable.

The DVD (English Closed Captions, Spanish Subtitles) will be available for a $29.99 SRP in the U.S. at all major retailers.