How to Make-Up? Oscars’ Artists & Hairstylists Show How

How to make-up? Check out Academy’s make-up artist & hairstylist symposium

“How to make-up” at the movies?

Focusing on the achievements of the 2009 Oscar nominees (see below), the Academy of Motion Picture Arts and Sciences’ Make-Up Artist and Hairstylist Symposium will be held at 2:30 p.m. on Saturday, Feb. 21, at the Samuel Goldwyn Theater in Beverly Hills.

Moderated by make-up artist and Academy governor Leonard Engelman (The Island of Dr. Moreau, Batman & Robin), the symposium will include a discussion of the nominees’ creative process and the presentation of film clips, photographs, and models of their work.

The 2009 Best Make-Up Oscar nominees are:

Admission to the Make-Up Artist and Hairstylist Symposium is free, but advance tickets are required; they will be available on a first-come, first-served basis. Tickets can be obtained online at the Academy’s website (www.oscars.org), by mail, or at the box office during regular business hours beginning Monday, Feb. 2, at 9 a.m.

The Samuel Goldwyn Theater is located at 8949 Wilshire Boulevard. For more information, call the Academy at (310) 247-3600 or visit its website. 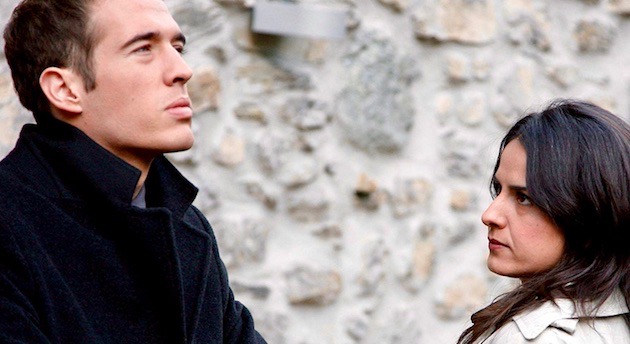 In Casual Day, a twenty-something nonconformist (Javier Ríos) is hired by his prospective father-in-law (Juan Diego) to a key position in the older man’s company. Later on, a “casual day” – a (compulsory) company trip to the countryside – turns out to be a make-or-break event for the reluctant new employee. Also in the cast: Luis Tosar, Alberto San Juan, Estíbaliz Gabilondo, and Marta Etura.

And for the record, despite having been up for this year’s Best Newcomer award Lemcke’s feature film debut was Fantastic World / Mundo fantástico back in 2003.

Of note, likely 2009 Best Supporting Actress Oscar winner Penélope Cruz (for Woody Allen’s Vicky Cristina Barcelona) lost in that category to Esperanza Pedreño, who plays a Madrid trash handler returning to her village so as to bury her dead cat in Ángeles González-Sinde’s One Word from You / Una palabra tuya.

Michael Fassbender was the Best British Actor for his performance as Irish National Liberation Army member and hunger-striking political prisoner Bobby Sands in Steve McQueen’s Hunger, about the last six weeks in Sands’ life, during which time he was elected to the British Parliament. He died at age 27 on May 5, 1981.

It should be noted that McQueen’s generally well-regarded psychological/political drama has been all but ignored by American critics and the various U.S.-based awards-season groups.

But if the Evening Standard Award voters didn’t find Fassbender worthy of their Best Actor honor, they at least did find his film – Hunger – the best British release of the year.

Slumdog Millionaire, which has been the critics’ and everybody else’s darling on the western side of the North Atlantic, wasn’t even in contention for Best Film. (Though it’s no less a “British production” than Best Film nominee Frost/Nixon.) Danny Boyle, however, was shortlisted for Best Director, ultimately losing to Stephen Daldry for The Reader.

The Best Actress was Tilda Swinton for her troubled extortionist in Erick Zonca’s Julia.

Also from the U.K.: The BCC World Cinema winner’s jury – headlined by John Hurt – selected Cristian Mungiu’s Romanian abortion drama 4 Months 3 Weeks and 2 Days / 4 luni, 3 saptamâni si 2 zile as their pick among five non-English-language contenders. The nominees – every single one a European production or co-production – had been chosen by 200 or so U.K.-based film critics. 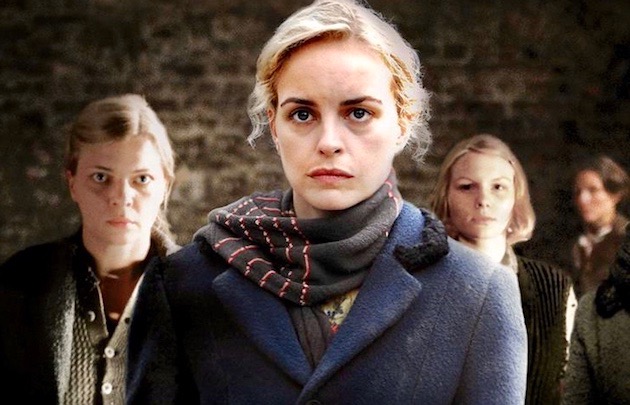 The Downfall of Berlin: Anonyma / A Woman in Berlin with Nina Hoss. Directed by Max Färberböck, who also co-wrote the screenplay with Catharina Schuchmann, The Downfall of Berlin: Anonyma is based on a(n anonymous) journalist’s diary first published in Switzerland in 1959, and in which the author discussed the mass rapes of German women perpetrated by Soviet forces. Färberböck is no stranger to the plight of women during World War II, as can be attested by his 1999 lesbian romantic drama Aimee & Jaguar, toplining Maria Schrader and Juliane Köhler.

The (as usual) three winners at the 2009 International Film Festival Rotterdam, which focuses on film debuts and sophomore efforts, were the following:

At the Santa Barbara Film Festival, the Best International Film Award went to Max Färberböck’s The Downfall of Berlin: Anonyma / A Woman in Berlin / Anonyma – Eine Frau in Berlin, the tale of a nameless woman (Nina Hoss) attempting to survive in Berlin in the aftermath of the Soviet occupation of that city.

The NETPAC (Network for the Promotion of Asian Cinema) Award: The Land / Dadi, dir.: He Jia (China).

Best International Film Award: The Downfall of Berlin: Anonyma / A Woman in Berlin.