Howard Keel, best remembered for MGM musicals such as Show Boat, Kiss Me Kate, and Seven Brides for Seven Brothers, is Turner Classic Movies’ next-to-last “Summer Under the Stars” star.

On Tuesday, Aug. 30, TCM will be presenting 14 Howard Keel movies, including one TCM premiere – Charles Crichton’s British crime drama Floods of Fear. (TCM had initially announced another premiere, the 1948 British drama The Small Voice,* starring Valerie Hobson and James Donald; instead, as per its website TCM will be showing – once again – the 1951 comedy Three Guys Named Mike, starring Jane Wyman.) (Check out further below TCM’s Howard Keel Movie Schedule.)

* Keel, then known as Harold Keel, landed a key role in The Small Voice after scoring a personal hit in the London production of Oklahoma!, in which he played the lead character, Curly. Decades later, fellow performer Gemze de Lappe would recall, “Howard Keel was playing Curly and when he sang ‘Oh, What a Beautiful Mornin’ he always ended with a huge smile. The British audience just melted.”

(In the big-screen version directed by Fred Zinnemann, Gordon MacRae played Curly opposite Shirley Jones. The film turned out to be a huge box office hit in the United States. Yet it’s unclear wether reprising his old stage role(s) would have made a significant difference to Keel’s career – his last two MGM musicals were released that same year. Both were bombs. But then again, MacRae himself was gone from movies after two 1956 Fox musicals, Carousel and The Best Things in Life Are Free. In his autobiography, Keel would state that “Gordon has the perfect voice for [composer Richard] Rodgers.”)

Tall, baritone-voiced, and handsome, Howard Keel could at times be a quite effective actor, whether in comedies (Callaway Went Thataway, when not singing in Annie Get Your Gun, Calamity Jane and Seven Brides for Seven Brothers) or in dramas (the Western Ride, Vaquero!, when not singing in Show Boat).

In Annie Get Your Gun, Keel was slated to star opposite Judy Garland, who was fired during filming. MGM then borrowed Paramount’s Betty Hutton, who is at her best as Annie Oakley. Watching Hutton burn up the screen, one can hardly believe that the shoot of this lively musical was such a miserable experience for the actress, who later said she felt that MGM’s actors and crew people resented her as “Garland’s replacement.” Annie Get Your Gun went on to become one of the biggest moneymakers of the year and one of the biggest box office hits in the careers of both Hutton and Keel.

Show Boat is probably my personal favorite among the Hollywood musicals of the 1950s. Keel is perfectly believable as a kind-hearted loser, while Kathryn Grayson for once showed that she could be a capable dramatic actress. But the top acting honors in this romantic musical set in the 19th-century American South go to Ava Gardner as the tragic mulatto Julie. Gardner may not have been part-black in real life, but what matters in Show Boat are the various emotional layers she brings to her characterization. Curiously, Gardner’s singing was dubbed by Annette Warren in the film, but her voice can be heard on the soundtrack album.

Both Keel and Kathryn Grayson received good notices for Kiss Me Kate, in which they play stage performers at odds with one another while staging a musicalized version of Shakespeare’s The Taming of the Shrew. But Kiss Me Kate truly belongs to fiery Ann Miller in a supporting role.

Nominated for five Academy Awards, including Best Picture, Seven Brides for Seven Brothers is a highly enjoyable romp that some consider the near-apex of 1950s musicals – right after Gene Kelly’s Singin’ in the Rain. I much prefer the verve displayed everywhere in Stanley Donen’s musicalized version of The Rape of the Sabine Women, from the performances of Jane Powell and Howard Keel, to the songs by Saul Chaplin, Gene de Paul, and Johnny Mercer, and the dance numbers choreographed by Michael Kidd. The lush cinematography is by veteran George J. Folsey. Seven Brides for Seven Brothers was reportedly Keel’s favorite among his films.

Curiously, director Donen wasn’t even nominated for an Oscar (nor were any of the cast members). Donen, in fact, would remain Oscar-nominationless for the rest of his career, having to wait until the 1998 ceremony to be handed the Academy’s Honorary Award.

Callaway Went Thataway is a pleasant comedy in which Keel has two roles: that of a cowboy star who spends most of his time wasted and a naive hick hired to impersonate said cowboy star. Keel is fine in both comedic roles, and so is Dorothy McGuire as the Hollywood slicker who falls for him. Fred MacMurray, as usual, is just there; also there are Elizabeth Taylor, Clark Gable, and Esther Williams playing themselves in brief cameos.

Charles Walters’ Texas Carnival (1951) is a disappointingly flat Esther Williams musical. Not even Ann Miller manages to save this one. Robert Alton’s Pagan Love Song (1950) uses the song and the setting – but not the story – of the 1929 Ramon Novarro blockbuster The Pagan. Nacio Herb Brown and future producer of MGM musicals Arthur Freed wrote the hit song “Pagan Love Song,” sang by Novarro in The Pagan and added to the silent film’s score. (I should add that among Freed’s MGM productions were the Howard Keel musicals Annie Get Your Gun, Pagan Love Song, Show Boat, and Kismet.)

Mervyn LeRoy’s Lovely to Look At (1952) is a just watchable remake of Roberta (1935), with Gower Champion and Marge Champion in the old Fred Astaire and Ginger Rogers roles. Kathryn Grayson and Howard Keel, for their part, replace Irene Dunne and Randolph Scott. Ann Miller, Zsa Zsa Gabor, and Land of the Giants’ Kurt Kasznar have small roles.

An even less successful remake, despite choreography by Busby Berkeley, was Rose Marie (1954). Directed by Mervyn LeRoy, who had experienced more creative days while working with Berkeley at Warner Bros. in the ’30s, Rose Marie has Keel and Fernando Lamas more or less replacing Nelson Eddy, and Ann Blyth replacing Jeanette MacDonald as star-crossed lovers belting out the “Indian Love Call” in the Canadian Rockies. Considering that in the 1954 film the heroine has two leading men, the ending in this color remake is radically different from the one in the 1936 version; that, in fact, is one of the remake’s chief problems – even though it’s supposed to be more faithful to the stage operetta.

Kismet exuded prestige: produced by Arthur Freed on a $3 million budget, and directed by Vincente Minnelli (Meet Me in St. Louis, An American in Paris), the musical fantasy was an adaptation by Charles Lederer (His Girl Friday) and Luther Davis (The Hucksters) of their own 1953 Tony Award-winning Broadway musical (itself based on Edward Knoblock’s 1911 play), with a score by Alexander Borodin (and musical adaptation by Robert Wright and George Forrest).

Then two-time Oscar winner Joseph Ruttenberg (The Great Waltz, 1938; Mrs. Miniver, 1942), in movies since the 1910s, was the assigned cinematographer. Former Elsie De Wolfe protégé Tony Duquette was to design the elaborate costumes, Oscar nominee Adrienne Fazan (An American in Paris, 1951) would be responsible for the editing process, and, straight from the Broadway show, Jack Cole was to choreograph the musical numbers.

In “straight” roles, Howard Keel had enjoyed, at best, only modest success at MGM.

Besides the aforementioned Charles Walters comedy Three Guys Named Mike, Keel was seen in the following:

Three years after he and MGM parted ways, Howard Keel made his big-screen comeback in a British production, the 1958 action thriller Floods of Fear, directed by Charles Crichton (best remembered for his comedies The Lavender Hill Mob and, three decades later, A Fish Called Wanda), and co-starring Anne Heywood and Cyril Cusack.

That was followed by the Biblical drama The Big Fisherman (1959), with Keel cast as St. Peter. Directed by two-time Oscar winner Frank Borzage (7th Heaven, the period 1927–1928; Bad Girl, 1931–1932), The Big Fisherman was a failed attempt to repeat the success of Fox’s Oscar-nominated 1953 blockbuster The Robe, both based on Lloyd C. Douglas novels. Today, The Big Fisherman is chiefly notable as one of the rare religious releases associated with Walt Disney distributor Buena Vista and as Borzage’s final directorial effort.

In terms of prestige, the one exception was Burt Kennedy’s bigger-budget Western The War Wagon (1967), with Keel supporting John Wayne and Kirk Douglas.

As an aside: After two decades at the studio, Rose Marie turned out to be Mervyn LeRoy’s last MGM effort. In 1955, LeRoy returned to Warner Bros., where he would direct several major box office hits in various genres, among them Mister Roberts, The Bad Seed, and Gypsy.’Show Boat’ 1929 & 1936

Directed by James Whale, an all-talking (and part-singing) 1936 remake, also at Universal, starred Irene Dunne and Allan Jones. Helen Morgan, reprising her stage role, was the “mulatto” Julie, in both movies. (Ava Gardner played the part in the 1951 film.)

The two leads in the original Broadway production were Howard Marsh and Norma Terris.

After he and MGM parted ways, he would remain away from the big-screen for three years, during which time he was briefly seen on the Broadway stage in a September 1957 revival of Carousel, co-starring Barbara Cook (a replacement for former Columbia contract star Janet Blair, with whom Keel had had a falling out).

In the ensuing 15 years, Keel would be seen on Broadway three more times: 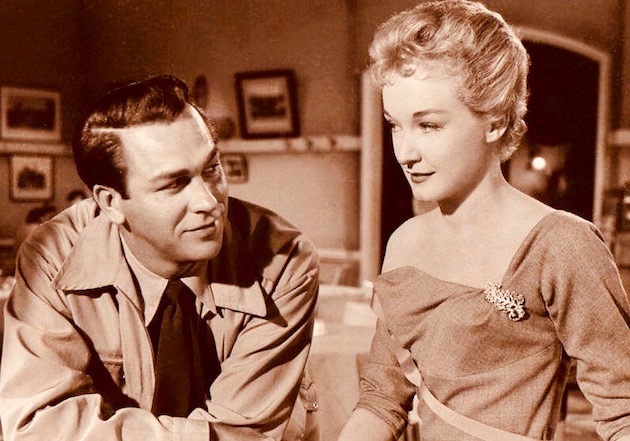 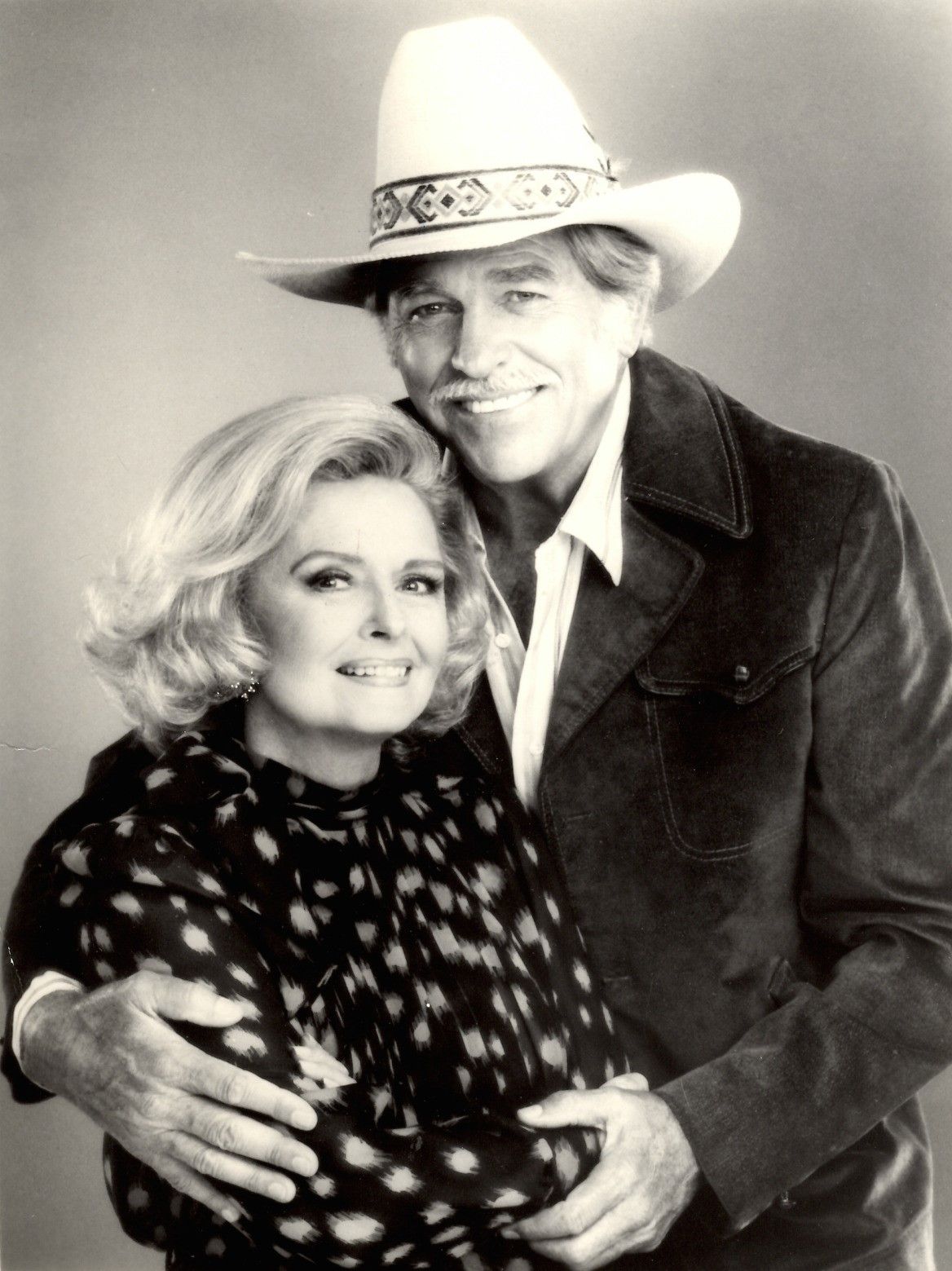 Howard Keel in Dallas with Donna Reed: late 20th-century professional height as Metro-Goldwyn-Mayer contract players were featured together on the hit 1980s TV series. Former MGM performers Howard Keel and Donna Reed become regular cast members on the TV soap Dallas on Season 8 (1984–1985): Keel, who had been previously been a “guest star,” was cast in a steady role as Clayton Farlow, Miss Ellie’s second husband; Reed was cast a replacement for Barbara Bel Geddes – Miss Ellie herself – who had undergone heart bypass surgery in 1983 and was demanding higher pay. Bel Geddes, however, returned on Season 9 and Reed was sent packing. That in turn led to a lawsuit against the show’s producers; the case was settled out of court for, reportedly, over $1 million. Reed died shortly thereafter, in January 1986. Of note, Howard Keel and Donna Reed never worked together while they were at MGM; that’s because Reed left the studio at around the time of Keel’s arrival – though she did return for two films in the mid-1950s: The Last Time I Saw Paris (1954) and Ransom (1956).
Agnes MooreheadDorothy McGuireHoward KeelIrene DunneJane GreerJane PowellKathryn GraysonPolly BergenStanley Donen